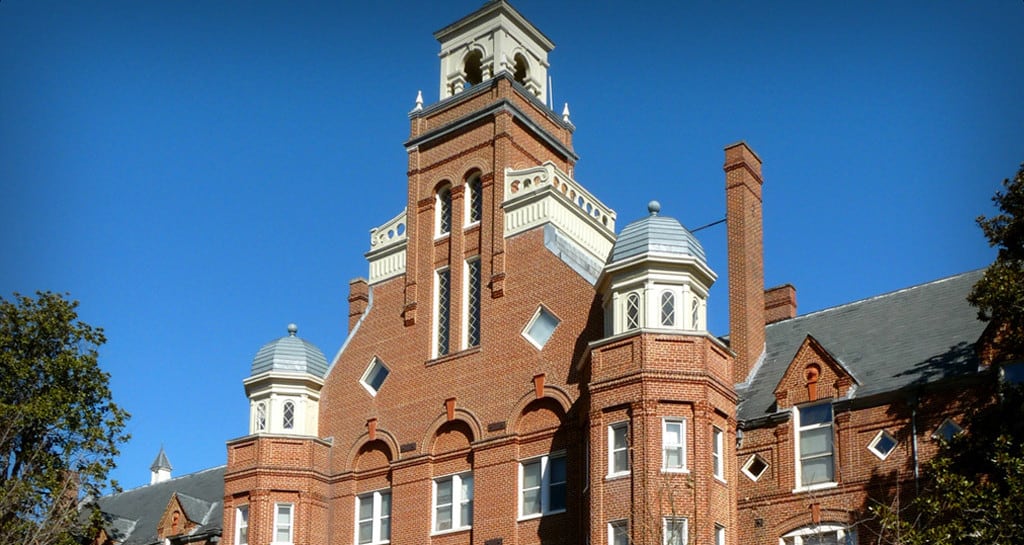 A message from President Dale Knobel

To members of the Denison community,

I am excited to share the news that Denison Provost Brad Bateman has been named president of Randolph College in Lynchburg, Virginia, taking office on July 1. Randolph College was founded 120 years ago as Randolph-Macon Women’s College, the partner of then all-male Randolph-Macon College, which opened just the year before Denison. The men’s college became coeducational in 1971 and the women’s institution began admitting men in 2007, changing its name to Randolph College. Like Denison, Randolph is a member of the Annapolis Group of national liberal arts colleges. Among the college’s leading graduates over the last century is the late Pearl S. Buck, a writer who earned both the Nobel and Pulitzer prizes. Its recent presidents include Linda Koch Lorimer, now a senior official at Yale. Dr. Bateman will be introduced to his new college community at a campus event in Lynchburg this morning. Dr. Bateman will succeed President John Klein, who led the college in the years immediately following coeducation. Brad will bring to Randolph the passion for liberal education that he has demonstrated at Denison. An articulate spokesperson for the value of liberal education and the important role of the residential liberal arts college today, Brad fostered conversations on the Denison campus that have contributed to the work underway within the Denison faculty on undergraduate writing, faculty advising, and assessment of the entirety of the Denison learning experience within and without the classroom. Brad was successful in winning support from the Andrew W. Mellon Foundation to initiate faculty conferences on the liberal arts at Denison, and, more recently, has been involved in efforts to find additional financial support for the Denison Museum and for the college’s performing arts programs. I am especially appreciative of Brad’s strong commitment to building a more broadly representative student body, faculty, and staff, and am grateful for his support for Outlook and for student organizations representing students of color and international Denisonians. I know he will take his deep understanding of the importance of differences in experience and perspective to an effective liberal arts education with him to Randolph College.

In consultation with Brad and with Denison president-elect Adam Weinberg, I have asked Associate Provost Dr. Kim Coplin to step in as interim provost of Denison beginning July 1, and I am pleased to share that she has agreed to serve. I have the greatest confidence in Kim and believe that she will help lead a smooth transition to the next administration of the college throughout the next academic year. I have asked Brad and Kim to work even more closely together as the spring semester unfolds so that Provost Coplin will be ready to assist Dr. Weinberg as he arrives. Brad, Kim, and I will be consulting in the weeks ahead on the appropriate staffing for the provost’s office as Dr. Coplin takes on her new role.

I know you will want to join me in congratulating Brad on his appointment as president of Randolph College and in thanking him for his contributions to the Denison community over the last six years. Later in the semester, we will plan a campus community occasion to recognize Dr. Bateman. It is a credit to their individual abilities and experiences but also to the stature of Denison in the higher education community that the last two Denison provosts have each been selected to lead national liberal arts colleges, Dr. David Anderson at St. Olaf College and now Dr. Brad Bateman at Randolph College. Congratulations all around!

Suspects break into more than 20 cars