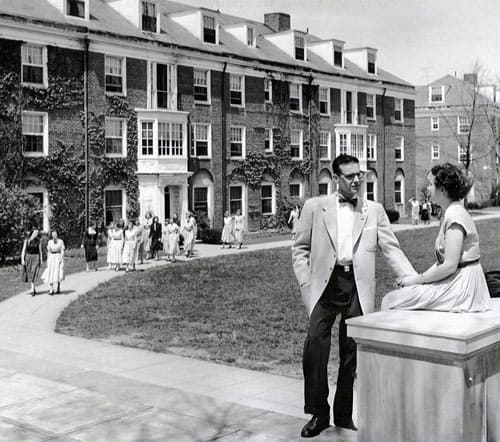 The Campus Affairs Council will be meeting to discuss several significant changes to Denison’s residential organization this Thursday, Feb. 5. Their primary objective, among other matters, is to review a proposal involving the possibility of gender designation changes to Beaver Hall and Sawyer Hall due to unbalanced gender distribution.

Ever since Denison’s merger with Shepardson College in 1900, the university has been a co-ed campus. It was not until 1927 that the two colleges became fully consolidated, and the female community merged with the male community. The several separate residential facilities created for the two communities have since combined over the years, and now the majority of our halls house both genders. Only four facilities still maintain their gender-designated status: Sawyer, Beaver, Monomoy and Bancroft.

No concrete decisions have been made at this time, but the Committee on Residential Life (CRL) has emphasized the possibility of a co-ed designation for both Beaver and Sawyer to Kristan Hausman, the assistant dean of students and director of residential education.

Atanu Chakravarty, the vice president of the Denison Campus Governance Association (DCGA) and the chair of the CRL, explains that the changes are due to Denison’s currently uneven gender ratio. “We are a co-ed campus and we think that our residential life should reflect that,” said Chakravarty.

Chakravarty also shares that the designation changes for the two halls are to make the housing distributed more proportionally by gender. This proposal is not in any way a new idea, and in fact Beaver and Sawyer’s gender designation have been considered since the early 1980s.

Another topic soon to be discussed includes the reorganization of the senior lottery system. Not only is the system being redesigned to be more efficient, expecting results within a few days of submission, but it will also open up the gender-neutral group lottery option to special housing request opportunities.

As of last year, applying for the group lottery option excluded students from any special housing option in the lottery. Dates for this proposal have yet to be decided.

Hausman will present the proposal in this Tuesday, Feb. 5’s DCGA Senate in the Burton Morgan Lecture Hall. All students are encouraged to attend the meeting.