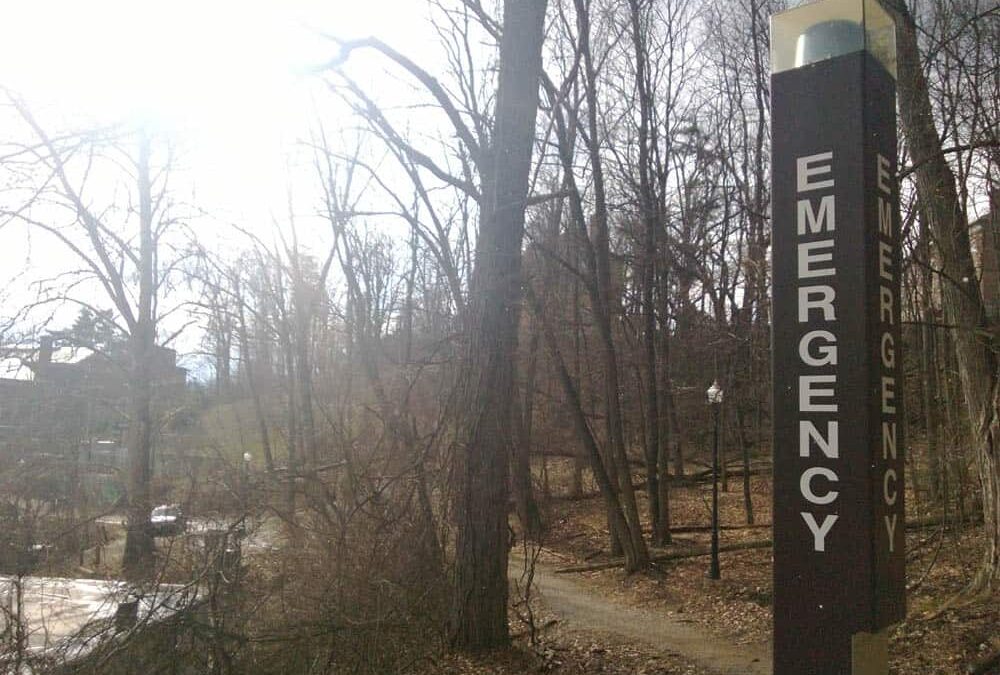 According to Vice President of Student Development Laurel Kennedy, this contract is non-binding and “establishes the terms of how they will respond if we call them.” Kennedy and other administrators had been in the planning stages with Courtesy since January 2013. The Granville Fire Department, which usually dispatches ambulances to the university, is not in support of the new service, with Denison alumnus Captain Robert Otter ‘97 saying “we think it’s a bad idea.”

Kennedy wanted to bring Courtesy to campus to “maintain the high standard of care we want to provide while reducing our impact on the resources of the local EMS (Emergency Medical Services).” Kennedy revealed that there will be key changes in the university’s “high standard of care” – including how it is determined whether or not students will go to the hospital.

Denison is hiring an EMT (Emergency Medical Technician) to “make decisions about the needs of students in distress,” says Kennedy. This EMT would assess the student and decide whether or not they needed basic medical attention from Whisler or transport to the hospital. Kennedy adds, “in the unusual event that the EMT finds a student in grave danger, the [fire department] can be called.” The use of an on campus EMT, Kennedy says, will make “medical response dramatically quicker than what we currently have”.

Conversely, Fire Department Chief Jeff Hussey and Captain Otter say that response time is one of their chief concerns. “Bypassing a resource at the bottom of the hill is potentially dangerous,” says Otter. Otter and Hussey point out that Courtesy Ambulance is headquartered in Newark, whereas the fire department is at the foot of the hill. Hussey also points out that the school’s hiring of an EMT may not be the best idea. “EMT’s only need 120 hours of training, but paramedics need 1200,” says Hussey. According to him, all full time and part time employees of the fire department are trained paramedics.

The fire department, whose funding comes from property taxes (Denison is exempt) began billing students’ health insurance last fall. Depending on the amount of life support needed (e.g. whether or not a student needs an IV) the bill can range from $495 – $805. When asked whether or not there was a financial stake in remaining Denison’s sole EMS provider, Hussey and Otter stated that money was not a consideration and that everyone, including Granville residents were being charged for ambulance transportation. This policy went into effect May 2012. “This is about best practice,” says Otter.

Hussey says that “best practice” is a primary concern given that Courtesy Ambulance primarily serves the elderly, while Otter adds that Courtesy is “not in the emergency response business.” Courtesy Ambulance, the largest private ambulance service in Licking County, has not served other colleges before now. “There are a lot of unknowns we’re not sure about,” says Hussey. One of these unknowns is whether or not Courtesy is equipped to handle extreme situations. “Can they respond to ten EMS calls like back in October?” asks Hussey, referring to Halloween weekend in October 2012.

Denison has received considerable press surrounding alcohol related EMS calls, with reports in The Newark Advocate and USA Today. When asked if the move to a private ambulance service was in part to keep EMS calls and transports off public record, Vice President Kennedy said “there are some members of the community who enjoy saying that and imagining the worst.” She calls these claims “disheartening.” Kennedy says that the village ambulances will continue to respond to students that make 9-1-1 calls. However, the same issue of transparency extends to campus.

Although many students seem uninformed of the addition of Courtesy Ambulance, Kennedy says, “I have reported religiously to the Campus Affairs Council (CAC)”, a committee that seeks to address social issues on campus and has several student representatives. Student body president and CAC chairman Drew Johnson ‘14 says that bringing Courtesy to campus “is more of an administrative decision” and “it wasn’t anyone’s intent to keep it a secret.”

Former student body president Hannah Frank ‘13 says she supports Courtesy Ambulance and believes it will be beneficial for students because the employment of an EMT “reduces inconsistency and inaccuracy in student health evaluation.”

“There’s an acute problem we’re trying to address,” says Captain Otter. Otter, a Denison graduate, says this problem is a culture issue at Denison that involves “excessive alcohol consumption and combativeness.” According to Otter, of the 52 alcohol related EMS calls that the fire department has had to respond to at Denison in the 2012-13 school year, “one fifth of those involved a student that either hit or spit on a paramedic.”

In the 2010-2011 school year, Denison had 55 alcohol related EMS calls, the highest in the past ten years, and Chief Hussey believes it’s possible that this year the record could be broken.

Still, Kennedy believes that Courtesy Ambulance is the best alternative for all parties. She concludes, “Granville’s EMS will be in a better position to meet the medical needs of others in the community. We see this as a win-win.”