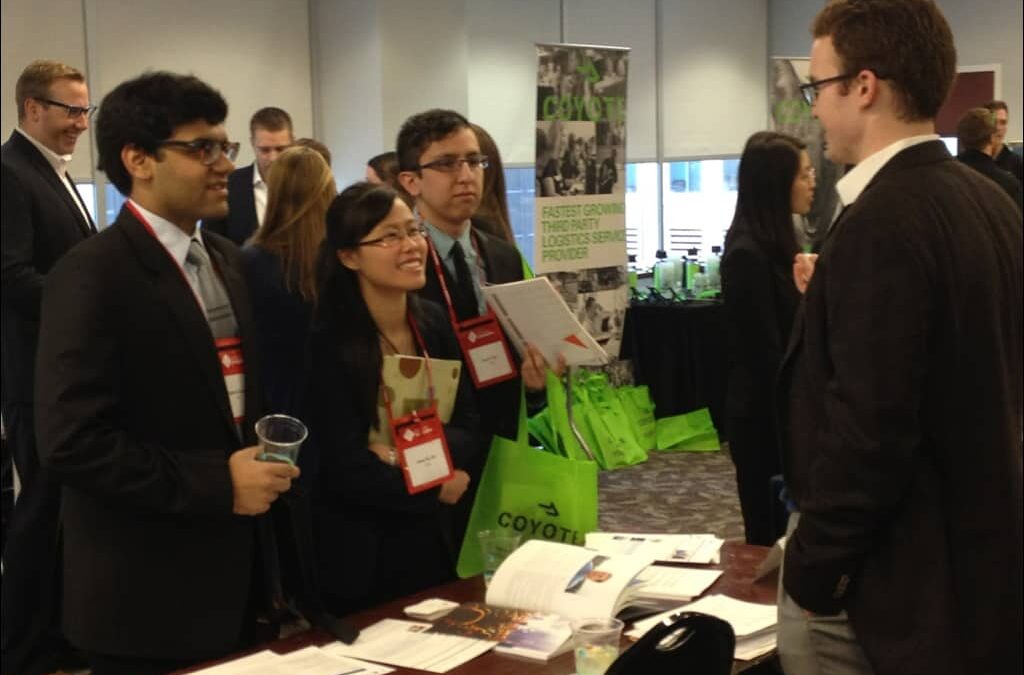 First Look Chicago 2013 provided an opportunity for Denison students to get to know alumni, explore the Windy City, and even find employment. Enabled by the strong community of Denison graduates in Chicago, First Look is a job fair and alumni event for current and recent Denison students. According to Brian Collingwood, assistant director of Career Exploration and Development, First Look is a unique opportunity: “For that person interested in Chicago, you not only get to learn about jobs and career opportunities in Chicago, but you get practical information on what it’s like to live in Chicago, what it’s like transitioning from the Hill to the Windy City.”

The idea, formed by director of Career Exploration and Development Kathleen Powell, was created last year with help from Alumni Relations and the Alumni Council. Students traveled to the Chicago area, which has an active Denison alumni community, many diverse employment opportunities, and is within driving distance of campus, for a two day event.

The first day, Feb. 28, students experienced an alumni-student dinner, featuring a three-person panel discussion with Katie Nestlerode ‘01, Erin Roberts ‘02, and Nic Covey ‘04. First year Isabel Randolph, an English literature major from Columbus, said the dinner prepared her for the next day’s event: “They threw out a ton of good information, and it was a good introduction to networking and the larger event we were to attend the next day.”

The next day’s fair was held at the Northwestern business school, where around 15 groups of nonprofits, employers, and alumni gathered to meet students. Last year, several students moved on to interviews with companies represented at First Look, and two students gained employment.

The major advantage of an event like this, according to Collingwood, is the networking potential. “Students learn from every interaction they have with an employer, and they learn from their interactions with alumni, because the people that they get to interact with at events like this are ones that truly want to be there and help students.”

Denison’s Career Exploration and Development office provides other opportunities for students to network with alumni and employers throughout the year, like the CareerFest event in Columbus, which connects over 30 Ohio schools with over 100 employers. Exploring online networks such as LinkedIn and DenisonEverywhere is also recommended, but face to face opportunities help students form personal relationships with alumni. “Any opportunity you have to be face to face with an alum or an employer is a very large benefit… It’s very different meeting with somebody face to face, because you’re able to quickly establish a relationship with that person and have a meaningful conversation that isn’t necessarily able to be accomplished via email or LinkedIn,” Collingwood said.

First Look hosted 46 students, 30 of whom were seniors. Just under 60 students attended last year’s inaugural event, but Collingwood attributes the decrease to the timing of the event, directly before spring break. Students from all graduating classes attended, and found it useful. Randolph said, “I was one of three first year students on the trip, so I think I got something a little bit different out of it compared to the older students… I did get a solid stack of business cards, and a few contacts in Chicago, which in the networking world means something more than just some pieces of papers with names.  What I got out of First Look more than anything was a lot of information and experience, so theoretically next time I’m in that kind of environment, I’ll be more at ease and better prepared.”

But some employers prefer younger applicants, according to Collingwood. “They bring a sophomore on for an internship or for some sort of position, and then work with that person over a couple years, really getting them up to speed with what the organization is about, and maybe offering them some training.”

Next year’s event may take place late in the fall semester, to more closely align with employers’ summer recruitment schedules. “If an employer has already done all their hiring for interns come March, it would make better sense for us to try to link up with those employers sooner in the year, so they could put a face to the applicant who is expressing interest in the internship or job,” Collingwood said.

Though this year’s participation was down, it proved a great experience for students who attended. Randolph said, “ I saw a lot of a city I’d only been to once before, I met successful, interesting people, and I got experience that should hopefully pay off in the future. I would recommend the experience to other students, as something to try at least once.”