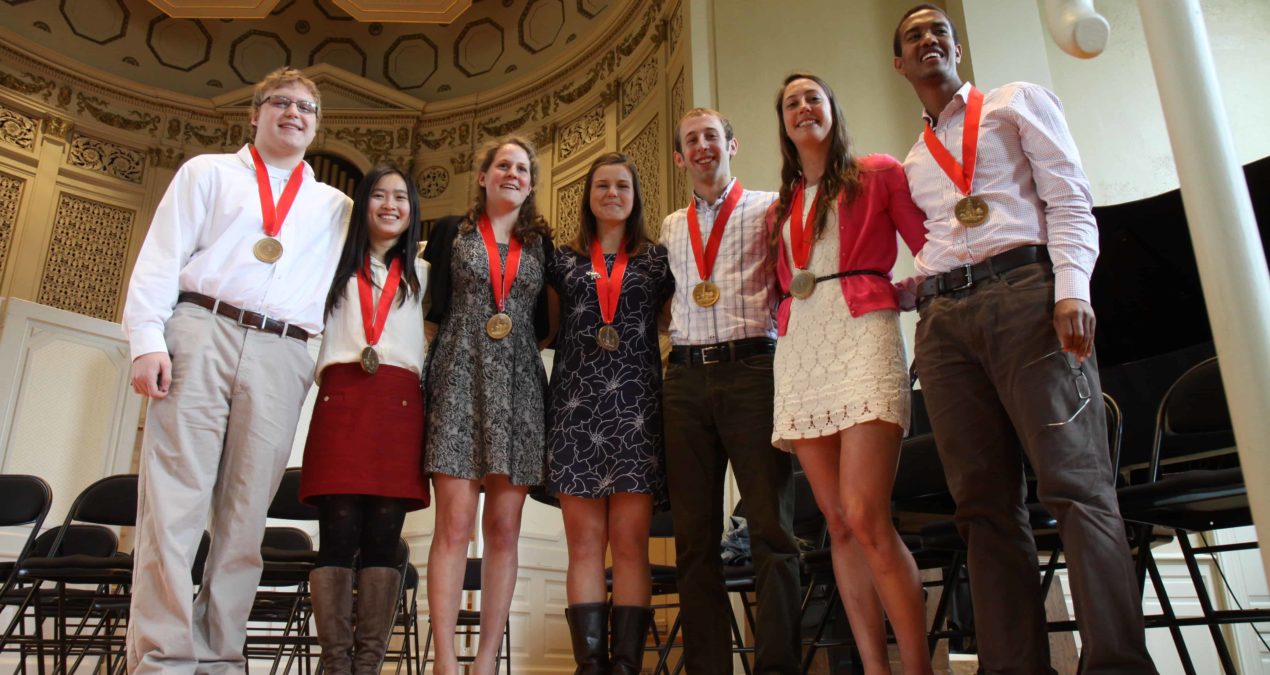 If the academic achievements of a whole graduating class could be summed up in a ceremony, it would be the annual Academic Awards Convocation. On Friday, April 19, faculty, administrators, staff, and students cheerfully marched into Swasey Chapel. On no other occasion, including the first-year-induction, is the chapel more packed and spirited than for this single ceremony.

All were celebrating the exceptional graduating class of 2013. After months of anticipation, the awards accrued through four years of dedication to studies and service were announced, including scholarships, memberships to the honor fraternity, and the illustrious President’s Medals.

Those who enabled this learning were honored first, as Knobel announced the new year’s endowed chairs and professors. The prestigious Charles and Nancy Brickman Distinguished Service Chair went to Frank Hassebrock, associate professor of psychology, and the Charles A. Brickman Teaching Excellence Awards were given to Mary Tuominen, professor of sociology and anthropology, and Jessen T. Havill, professor of mathematics and computer science..

Provost Bradley Bateman and Jeffrey Thompson, president of Denison’s Phi Beta Kappa academic honor society, introduced the 44 new members of Phi Beta Kappa, including 40 students from the graduating class and four from the class of 2014. Eleven other outstanding students received various other national and international scholarships.

The final awards presented were the illustrious President’s Medals, an honor recognizing only those seniors who utilize their precious few years at Denison to serve their community, perform well academically, and contribute with the best of their abilities. Seven graduating seniors achieved this honor.

Sara McKenna Livingston, a sociology/anthropology and Spanish double major from Erie, Pa., traveled to Ecuador and served as the co-captain of the women’s soccer team. After graduation, she will teach high school Spanish in Gary, Ind. in association with Teach for America. She said, “It was an honor to receive the Presidential medal, but I must say that honor mostly reflects the supportive environment that I’ve found in the Denison community. I am extremely grateful to have friends that challenge me, inspire me, and make me laugh every day and to have professors that have supported me in every way. It is a testament to all of them much more than it is an individual award.”

Cullen Spencer Marshall, a biochemistry major from Louisville, Ky. on the pre-med track, demonstrates the diversity of his liberal arts education through a continued focus on music as well as science. He will attend medical school at the University of Louisville in Kentucky this fall.

Hannah Michelle Frank, from Mason, Ohio, pursued a double major in English and education. She served both as a two-term student body president and as one of the two students on the Presidential Search Committee who helped bring President Knobel’s successor to Denison after his retirement this June 30. After graduation, she will be working with Lutheran Volunteer Corps as a mentor for Chicago students.

She said, “It’s incredible to reflect on how much has changed over four years: Faculty members who were then strangers are now friends. The words of the alma mater which were then unfamiliar are now a part of me. The nervous prospective student in the pew is now almost a graduate.”

Katherine Elizabeth Kloster, an economics major from Ballwin, Mo., has demonstrated commitment to service through her membership in the Denison Community Association and the Venture Philanthropy Club. Following graduation, she will return to St. Louis to work in commercial real estate.

Shiyu Amy Huang, an economics major from Chongqing, China, has devoted much time to service of the current and future student body, serving as DCGA finance chair and joining Frank on the Presidential Search Committee. A recipient of the Davis Project for Peace, Huang will be traveling to Ethiopia with Abdi Ali this summer (see April 9 issue, or www.denisonian.com). She hopes to work in international development afterward.

Abdulkadir “Abdi” Mohamed Ali, a history major from East Boston, Mass., has contributed to Denison’s community by serving as DCGA senator, Resident Assistant, and Head Resident of Chamberlin Hall. He plans to work for the Massachusetts General Hospital in the fall. Ali said, “I am grateful to have been given the opportunity to serve our community and better myself as a student and as a person. Amy Huang and I are the 2013 Davis Projects for Peace recipients and right after graduation, we are going to travel to rural Ethiopia to work with women and young girls who suffer from childbirth injuries.”

The final President’s Medal was awarded to Nathaniel Brian Kell, a computer science and math double major from Upper Arlington, Ohio. He demonstrates excellence as a student athlete, excelling on the football team and as well as tutoring other students in math. He will pursue a PhD at Duke beginning this fall.

“It was amazing to hear the accomplishments of the other six medalists, especially in terms of community involvement and campus leadership.  I also realize there are several qualified seniors who did not receive this honor, so considering the qualifications of both those who did and those who did not win the medal, I am very proud to say that my accomplishments were recognized along side the great achievements of the other medalists.”

These seven outstanding graduates, as well as all the others honored last Tuesday, have exemplified the liberal arts mission of Denison. As they travel down the Hill into the real world, they will represent their alma mater well. 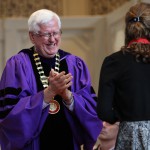 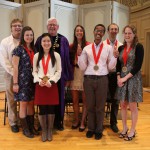 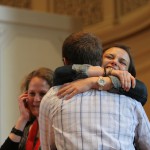 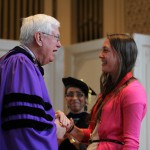 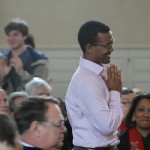 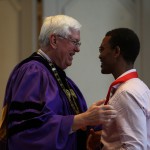 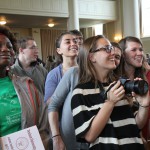 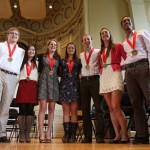 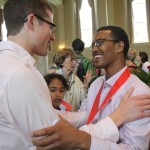 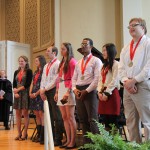 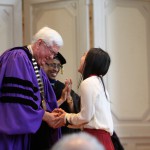 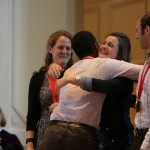 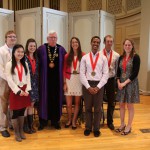 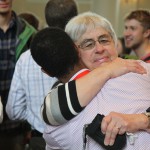