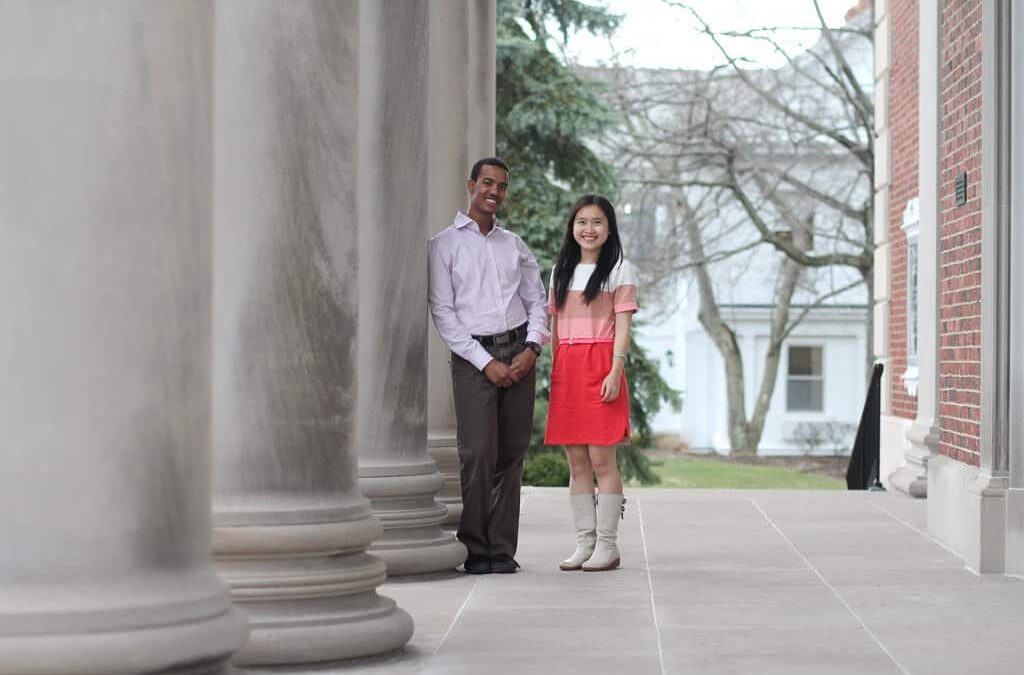 Seniors Abdi Ali from Boston, MA and Shiyu “Amy” Huang from Chongqing, China have officially been chosen as the 2013 winners of the Davis Projects for Peace grant.  Ali and Huang will be working in rural Ethiopia this summer with women who have developed a medical condition called fistula.

Fistula is a hole that develops between a woman’s reproductive organs and excretory systems. This preventable and life-altering experience results from labor complications during pregnancy.

After developing fistula, women leak fluids that they cannot control, leading to isolation from family and community life and neglect or abandonment by male partners. Without surgical repair, a woman’s prospects for work or family support are greatly diminished.

“Growing up, I heard about it,” added Ali, who is an Ethiopian native. “I had heard about it but I was not fully aware of it.” Ali added that he became aware of the issue after taking women studies courses here at Denison. “We are the voice of the silent,” said Ali. “Women’s rights are human rights.”

“Amy approached me about the possibility of us working together. We knew that this opportunity does not come often,” said Ali, a History major.  “We sat down to discuss ideas… and we knew we wanted to empower women. If the opportunity presents itself, you have to grab it right away. No one is going to say here, take this grant and make a difference.”

The $10,000 grant will be used to empower women and young girls who suffer from fistula in Dabola Village, Ethiopia. The first goal is to open a small community health center where Ali and Huang will be working closely with medical professionals from Addies Abada, the capital of Ethiopia. At the center they will be offering educational workshops to train midwives and create awareness of maternal health for the women in Dabola. The aim is to connect women who are suffering from fistula with medical and financial assistance in order to help them heal and bring peace to these ostracized women.

“When I told my family they kind of freaked out,” said Huang, who is an Economics major and Philosophy and German double minor. “After finding out what the project is about, everyone has been supportive. I am excited because it is going to be a life changing experience.”

The Davis Projects for Peace program encourages and supports undergraduates to create and implement their grassroots ideas for building peace throughout the world.  The program is now in its sixth year, commemorating philanthropist Kathryn Wasserman Davis, who launched the initiative on the occasion of her 100th birthday in 2007. Denison is one of more than 90 schools eligible for these awards as a Davis United World College Scholars Program participant institution.

“Amy and I would like to encourage the Denison community,” added Ali. “If you really have an issue that you are passionate about that needs to be addressed, you need to be courageous enough to take the task.”