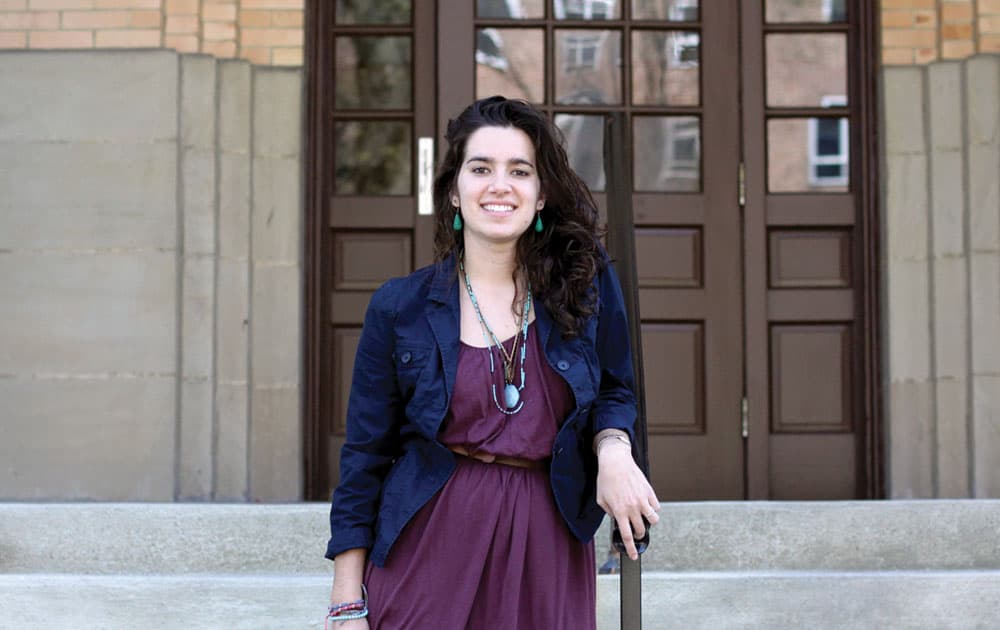 Over the weekend, Caitlyn Battaglia ‘13 was announced as Denison’s Recent Student Trustee. Battaglia will begin her service on the Board of Trustees in October for a two year term.

A sociology/anthropology major, Battaglia was on the Dean’s List for three consecutive semesters. Most of her service to the college has been in the Admissions Office as a senior interviewer and as a group leader for June and August orientations.

“My skills and experiences would allow me to better represent the student perspective of the Denison community as the Recent Student Trustee,” wrote Battaglia in her letter to the Board of Trustees.

A Texas native, Battaglia will start work as an analyst for the Nielsen Company in Chicago after graduation. She describes the process to become the Recent Student Trustee as “multi-tiered”. Battaglia was first nominated, then wrote a formal application before participating in an interview with a committee comprised of faculty, staff, and students. Finally, the process narrowed down to Battaglia and one other applicant, who were both interviewed by the members of the Board of Trustees. Battaglia was notified of her selection around 6 p.m. on Sunday evening.

“I was excited because I felt passionate about the position,” she said. Battaglia counts college finance, LGBT inclusion, and social climate amongst her interests. “Now while I’m representing the student voice, I’m on the board as well,” says Battaglia. She adds, “It’s nice to know I’ll be coming to campus for sure for 6 times after graduation.”