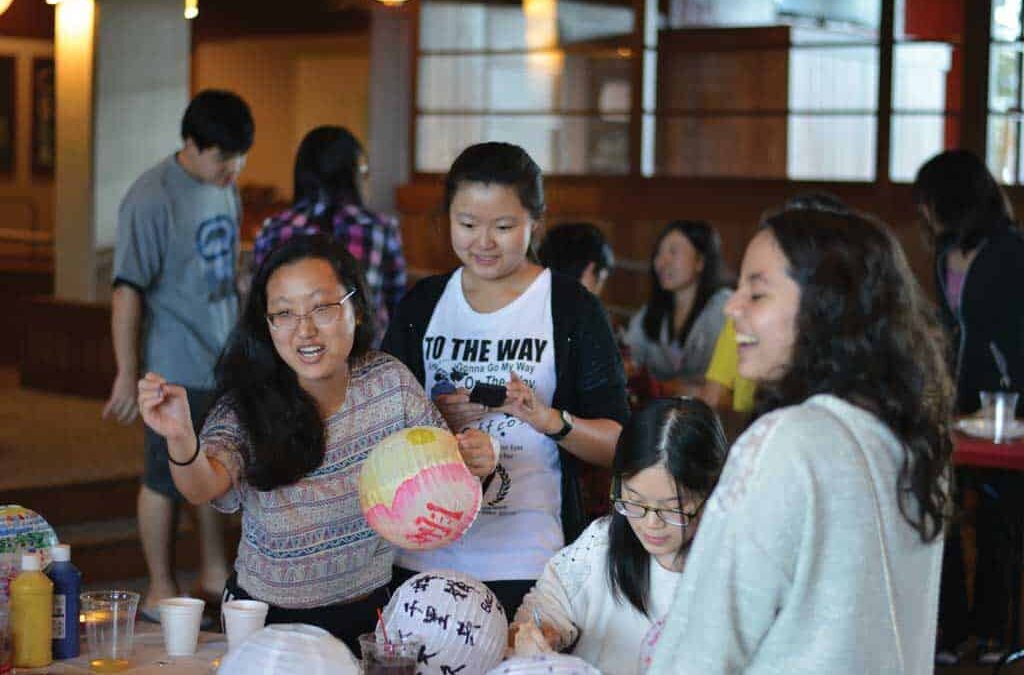 Mooncakes? Chinese lanterns? Erhu playing in the background?  The Asian Culture Club had everything it needed to host the annual Moon Festival at Slayter Union on Saturday.  Cathy Lagunas and Neslie Borges stopped by to get of taste of the celebration.

After biting into a mooncake, a Chinese pastry typically eaten during the Moon Festival, Borges called it “something different, something I’ve never tried before—it was awesome.” Reminiscent of miniature pies, mooncakes have a rich filling of red bean or lotus seed paste, and yolk traditionally from duck eggs, in a decorative soft crust. Mooncakes, Asian inspired-sweets and teas were in abundance, but Saturday’s celebration was more than just tasty delicacies.  Asian pop music blared while students painted paper lanterns with bright colors that symbolize the festival.

The festival was host to some musical performances from students as well. Several students performed live on acoustic guitar and one on the erhu, a traditional Chinese instrument whose sound resembles the human voice. Tony Liu, a senior from Chengdu, China who performed on the erhu described it as “pretty similar to the violin.”

The erhu’s two strings are the same as the middle strings on the violin, but the horse-hair bow is played between the strings.  In China, both traditional and contemporary music incorporate the erhu.  Liu’s performance at the Moon Festival represented the erhu’s versatility.

The Moon Festival, celebrated in China, Vietnam and the Philippines, among other countries, is also called the Mid-Autumn Festival and follows the lunar calendar. The festival is held during a full moon in late September or early October to express gratitude for a good harvest.  Xue (Yolanda) Yang, President of the Asian Culture Club, says that in China friends and families gather together on the occasion with limitless mooncakes and festive lanterns.

She hoped to help students of all backgrounds experience the Moon Festival and its Asian cultural context.  The event had a great turn out. “I am happy about it—we did a lot of promotion” Yang said. Throughout the year, ACC puts on many events like the Lunar New Year in January and Cherry Blossom Festival in April.