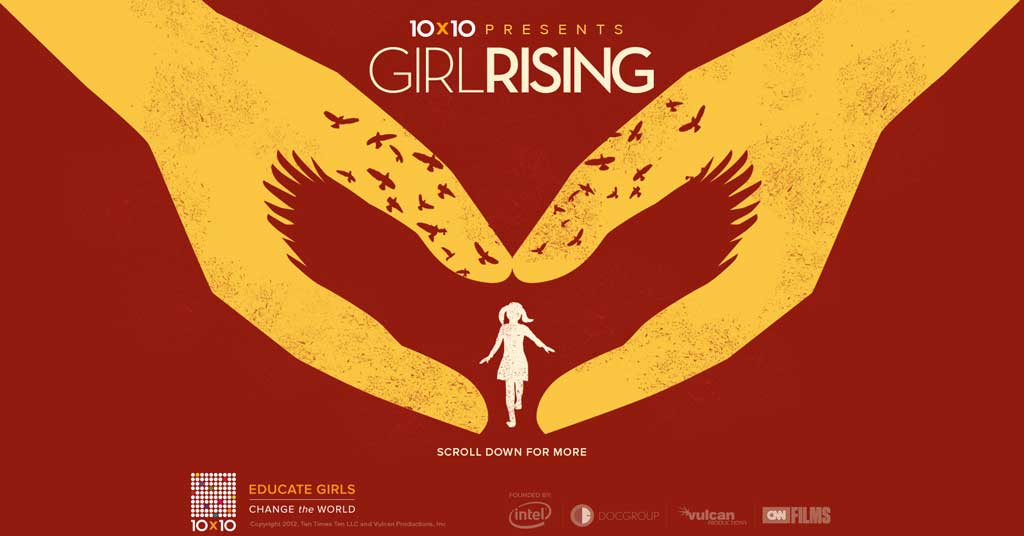 Slayter Auditorium hosted a screening for the documentary “Girl Rising” this past Thursday. Sept. 18. The documentary focuses on the struggles endured by women due to inequality and lack of opportunity worldwide.

The film portrays the lives of nine girls from eight different countries, including Afghanistan, Egypt, Haiti, India, Nepal, Peru, and Sierra Leone. Each girl’s story included the background of their life, detailed with a unique conflict they individually went through at some point in their lives. The stories of some girls ended in triumph they reached to overcome their hardships. However, all of the stories tie together in a single voice arguing for equal female rights. “Our privileges really have a consequence on those in oppression,” Aissata Barry, a junior, said. That is, the things Americans are able to obtain sometimes have an opposite and/or negative effect on other countries throughout the world without us even realizing it.

Many of the girls undergo poor living quality and conditions due to their family’s financial situations. In one case, a girl (Suma of Bardiya, Nepal) was sent to work for a married couple because her family was so unfortunate and in dire need of money. The couple mistreated and malnourished her, but the songwriting and singing she did as she worked were the only things that kept her going. Eventually Suma was freed and able to go to school to get the education she wanted. “Education in America is taken for granted,” said Jenna Breslin, a sophomore. “I know people who would rather stay stagnant.”

Education for women is a key theme pressed to the viewers. Without it, the following facts displayed throughout the movie are concurrent: in one year, 150 million girl are victims of sexual violence, 75 percent of AIDS cases in Sub-Saharan Africa are women and girls, and putting every child in school could prevent seven hundred thousand cases of HIV each year.

However, with it, there is hope: a child born to a literate mother is 80 percent more like to survive past age 8 and educated mothers are twice as likely to send their kids to school.

For more facts and information about the movement, visit www.girlrising.com.

“Girl Rising” gives an aspiring message applicable to people all over the world – not just women – in everyday life. “They are architects of their change,” said professor Wendy Barrie Wilson of the theatre department. “They empowered themselves.”