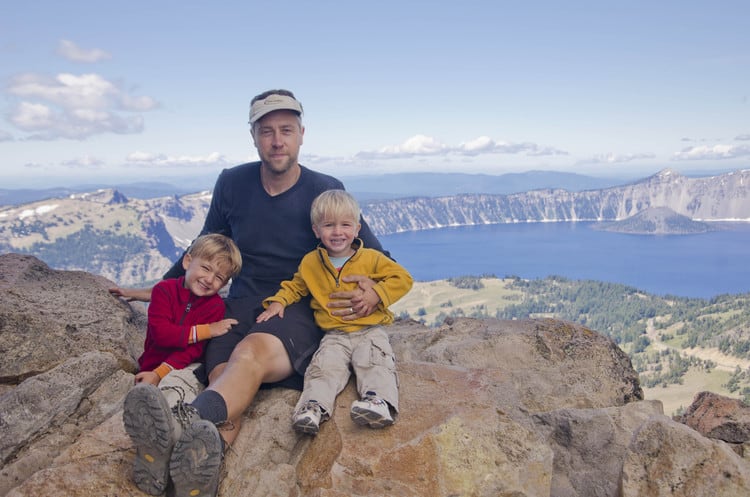 You might know Associate Professor of Political Science Paul Djupe — and if you don’t, you’ve come to the right place. The self-described “liberal hippie” has taught at Denison since 1999, and focuses on religion and American politics. He cites two reasons for studying in this field: first, his family, including two religious parents and an uncle and grandfather who were pastors; second, his professor and mentor in undergrad, Chris Gilbert, who also focuses on religion in his political science research.

Djupe took six classes with Gilbert while he was at Gustavus Adolphus College in Saint Peter, Minn. “I majored in Chris Gilbert,” the tenured professor jokes. Djupe described Gilbert as “accessible and fun”, and Djupe, who is 6’3, enjoyed pick up basketball games with his mentor. Almost coincidentally, he would attend the same graduate school as Gilbert, Washington University at St. Louis. Today, the two are still close and conduct research together.

Paul Djupe was raised in Des Plaines, Ill., a northwest suburb of Chicago. He describes his upbringing as similar to a John Hughes movie, but “far less archetypal.” He graduated from Maine West High School in 1989 before matriculating to Gustavus Adolphus. His mother was a nurse, and his father was a cost estimator for an oil company, despite not having a college degree. While Djupe agrees that today, the need for college degrees has become unnecessarily amplified, he also thinks that “it makes society better having more degreed people.”

But don’t accuse him of being in the “ivory tower” as many academics are. “I’d rather call it the ivory zoo,” said Djupe. He believes that people tend to glamorize academia: “We don’t make nearly as much money as we would in the private sector.” This could explain the overall laidback nature of the political scientist, who is known for wearing a T-shirt and shorts to class. “[It] should be content driven as opposed to a jacket and a tie.”

Speaking of content, Djupe was recently interviewed by the Political Religion Research Institute to talk about why it is Ohio Catholics are more opposed to same-sex marriage than Catholics nationally. He attributed this to the “more isolated social communities” that Ohio Catholics might experience from living in more rural areas, whereas other Catholics live in or around cities and have more exposure to diversity. While Djupe himself is not religious, he doesn’t mind that others might make political decisions based off social and religious issues “if those are the values they think are important.”

Djupe is married to his wife, Kate, who works in the food industry and was the chief caterer at Denison. Together they have two sons: Gusty, age four, and Bear, six. He enjoys bike riding, swimming, rock climbing and camping, and has participated in triathlons. Some of his adventures include Mt. Bierstadt and Longs Peak, two 14,000 foot mountains in Colorado. The 14-year Denison professor has been a vegetarian since his senior year of college after a philosophy seminar and seeing a slaughterhouse during a Texas road trip. He and his family shop organic and grow their own food.

Djupe is also a TV fan. Some of his favorite shows are Luther, The Wire, Homeland, The Americans, and Breaking Bad, which he calls “the best show ever.” The last movie he saw was Disney’s Planes with his two boys.

Students interested in studying under Djupe might consider taking courses such as American Political Behavior and Institutions (POSC-202) or Analyzing Politics (POSC-212). Not inclined? Try and nab him cycling home!

Students and staff share goals for the Antiracism Task Force