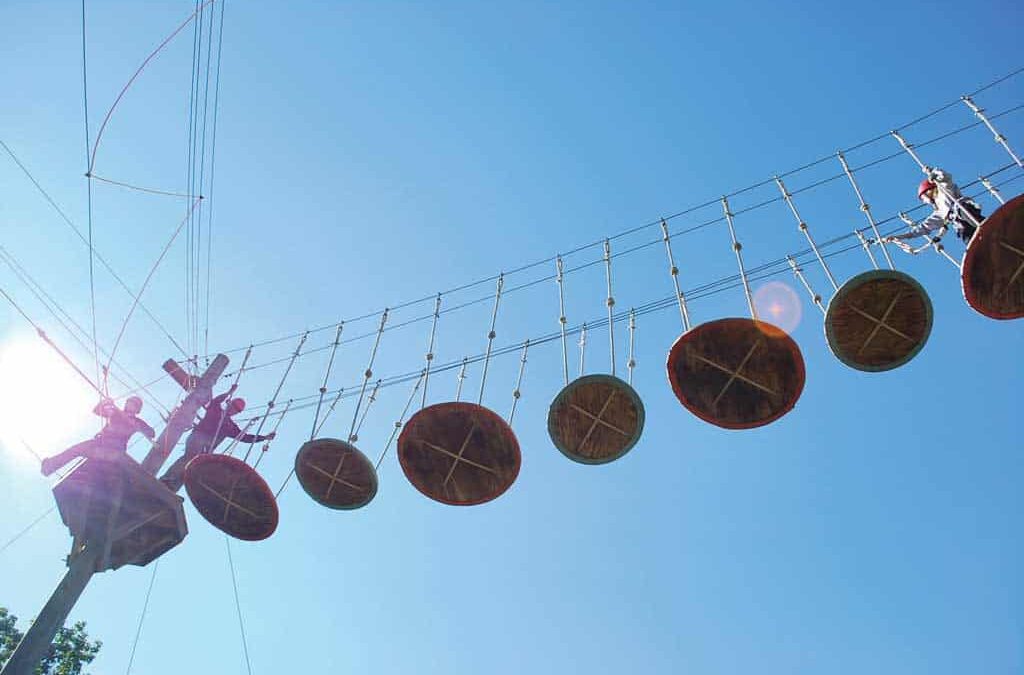 by Golzar Meamar
No Comments

First-year students filed into buses and headed off to a three-day leadership intensive at Camp Joy, DU Lead, where they completed a ropes course and spent time talking about how to “make their mark” on campus.

Natalie Keller Pariano, the director of Campus Leadership and Involvement, and Erik Farley, who works in the Center for Cross-Cultural Engagement, were the two lead facilitators. Juniors Megan McCormick and Emma Bosley-Smith were the on-site coordinators, and there were 12 club advisors who “role-modeled leadership, vulnerability, and passion,” according to McCormick.

Changes made to the program this year included the exclusion of sophomore students. Pariano said, “This year we made it only first-year students. It just felt like a really good way to kick-start a Denison experience. A lot of students go on pre-orientations and not everyone can. D.U. Lead really sets people up to think about what they really want to be engaged in on campus. It’s a really good introduction to leadership at Denison specifically.”

The program focuses on the social change model of leadership as well as different ways to make your mark and start the leadership process on campus.

The program began in 2006 when fraternity and sorority leaders from Denison went to a leadership conference called the Undergraduate Interfraternity Institute. “The conversations they got there and that immersion and being focused on something got them started on a conversation that they didn’t get to have on campus. They figured they should start a leadership program specifically for first and second year students, so the CLIC office created a one-day program for how to make your mark,” said Pariano.

First-year student Grace Bachmann from Columbus, Ohio, said, “the entire weekend was culminated into this idea of making your mark,” and her mantra was “about using different forms of media as a platform for storytelling.”