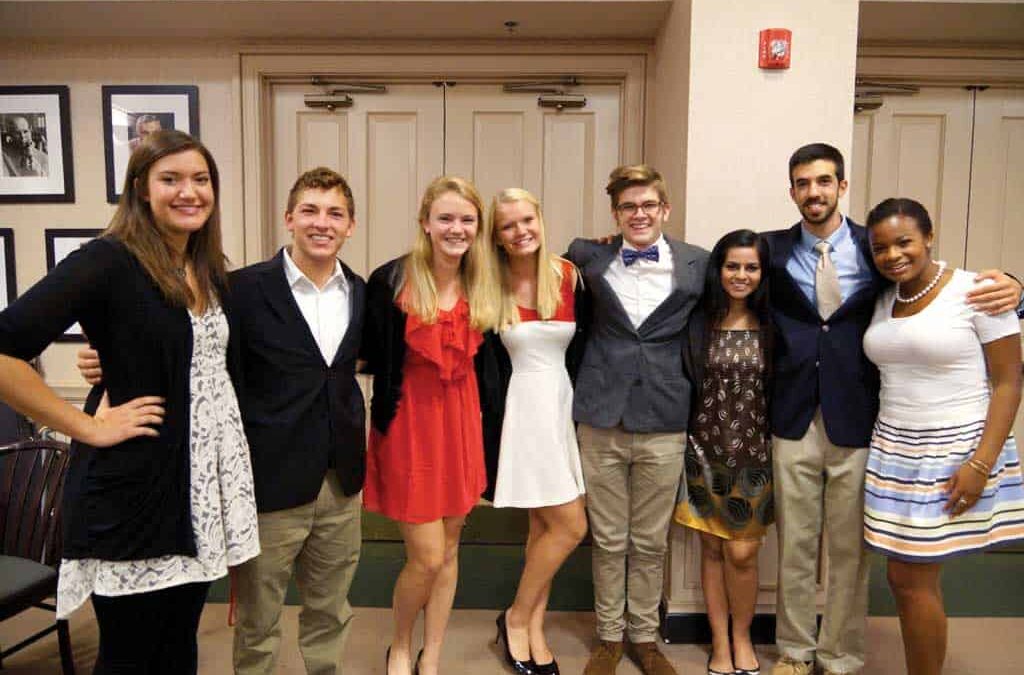 With the Denison Campus Governance Association (DCGA) first-year elections taking place on campus this week, freshman candidates bustle to get their voices heard among their fellow classmates and announce everything they hope to accomplish in the 2013-2014 year.

Sarah Hoffman from Bloomington, Ind. focused on topics regarding the inconsistency of the Wi-Fi on campus, the long lines in Slayter, and changes that could make dorm life better, such as air conditioning during the hotter months.

First-year Haley Jones wants to create a “solid place in the community and be an approachable resource for [her] fellow classmates.” Landon Slangerup aims to centralize the arts on campus, and allow it to be a campus-wide act and bring the community closer together.

Ryan Vagedes, a biology major from Canton, Ohio, brought up an interesting point of making all professors commit to using blackboard for all class-related work; he felt it would be “helpful to teachers and students as all class information would be on one centralized site.”

First-year Charlie Reynolds, a chemistry major from Wooster, Ohio, wanted to “usher a new area of transparency and communication [while] provid[ing] a link between the Class of 2017, the DCGA, and the administration.”

“Denison is a very close-knit community, and it is very important for the incoming class that our campus remains a cohesive and caring place where students work together to voice their opinions and make changes,” explained Reynolds.

An important issue brought up by several candidates was that of parking.

Minchen Hu, a cantidate from Shenzhen, China, hoped to become the “bridge between different kinds of groups and people” in an effort to get the international students more involved. In order to achieve this, he intends to introduce more cultural events to The Hill.

Only time will tell what changes these new senators will bring.