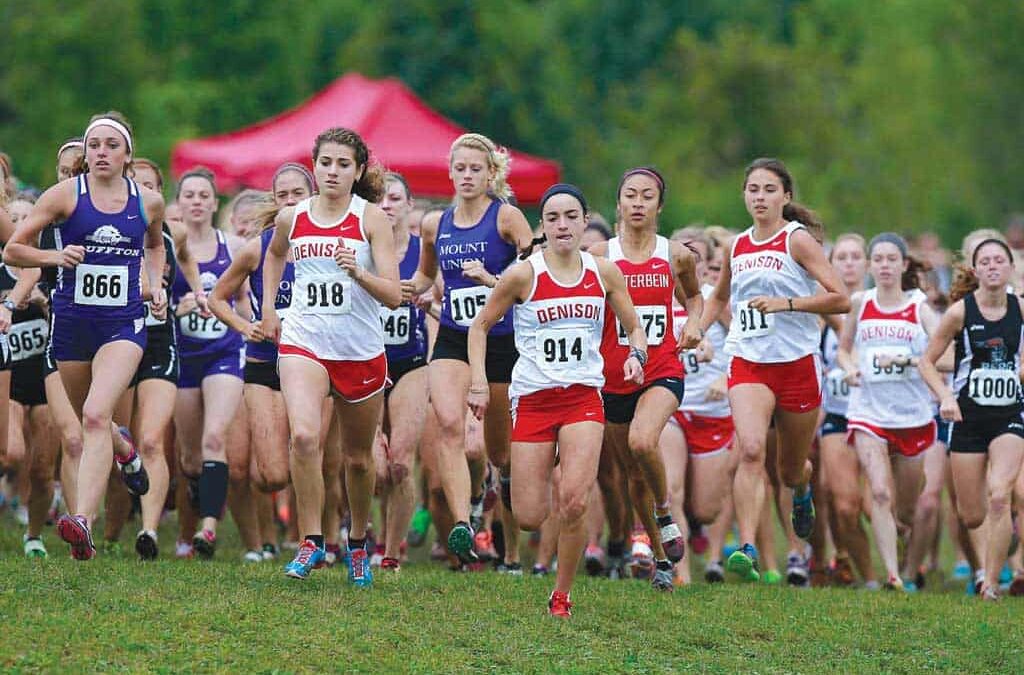 Denison women’s cross country, a team to be feared

The athletic world, coaches especially, love to talk about starting a season off with a bang. The women’s cross country team (pictured above and right) did just that with a first place finish at the Flyer 5K Challenge in Dayton, Ohio on Aug. 31.

During the 10-team invitational, which included Ohio State, IUPUI, Xavier, Northern Kentucky and Wittenberg, senior Olivia Galano pulled through with a 20th place finish overall – which happened to be the best time for all intercollegiate competitors. Sophomore teammate Emily Laam took a 23rd place finish as well.

The next tournament, the Rochester Invitational, ended with a third place team, with Galano and Lamm placing second and seventh respectively. This past weekend, at the Otterbein invitational, the Big Red Women lead after the first day of competition – highlighted by yet another second place finish for Galano, who was only nine seconds off the top time. And although the team dropped to fourth in the final rankings for the tournament, the Big Red women have shown they are a team to be feared.

Off The Hill: How will the NFL look this season?