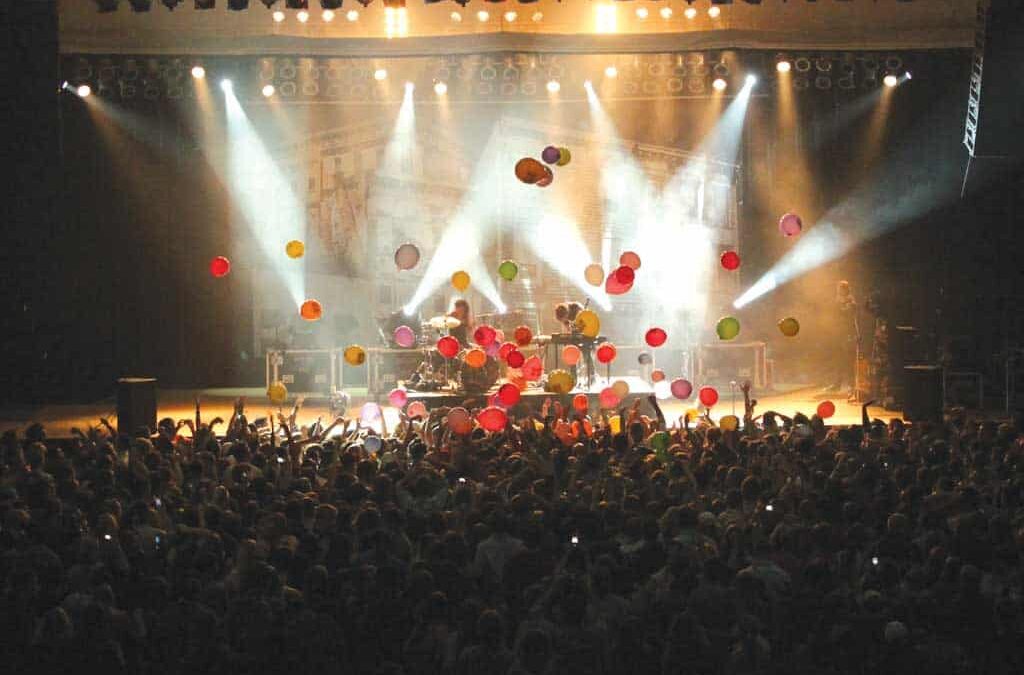 The job of an opening band is always a struggle, especially with a tough crowd that is only interested in the headliner, but opener Hoodie Allen was no disappointment. He effectively got the crowd going by keeping the audience engaged with a strong stage presence and upbeat music. Hoodie Allen’s stage presence was electric to say the least, and he even hung out afterward to meet and talk with students.

After a thirty minute intermission, Matt & Kim came onstage. From the second they walked out onto the stage the energy level was through the roof. Matt, the lead vocal and keyboardist, and Kim, the phenomenal drummer, are a couple from Brooklyn, NY.

The duo has a powerful and energetic stage presence, and you didn’t have to know all of Matt & Kim’s songs to be rocked by their high energy and great set list. Mixing their own songs with interludes of mainstream hip hop and pop music made the performance feel more like an all-campus rave than the average rock concert, but their twist to the average setlist made for a fun and crazy night.

Matt & Kim didn’t hold back during their performance. Their bouncing around onstage, balloons, confetti wands, and Kim’s crowd surfing while twerking cemented the craziness of the evening. Student reception to the concert was very positive.

“Hands down this year’s D-Day was the best Denison’s ever had,” said SommerAnn McCullough, a visiting alumna from Chicago, Ill. Matt & Kim brought a fresh face to the typical D-Day lineup of not well known hip hop artists. “They’re energetic, funny, interacted lots with the audience, and they’re very fun to watch. I was pleasantly surprised by how great their performance was,” said McCullough.

Popular songs from Hoodie Allen’s “No Interruption” to Matt & Kim’s “Daylight” and “Let’s Go,” may have initially grabbed student’s interest in the D-Day lineup, but the performance itself was one to remember. The two performances played off each other well satisfying the crowd.

“Both Hoodie Allen and Matt & Kim put on a great show, neither were a disappointment,” said Jenny Gore a senior from Powell, Ohio. Students will be talking about this D-Day for a while, and we’ll just have to see if next year’s concert can live up to the expectations this one left behind.