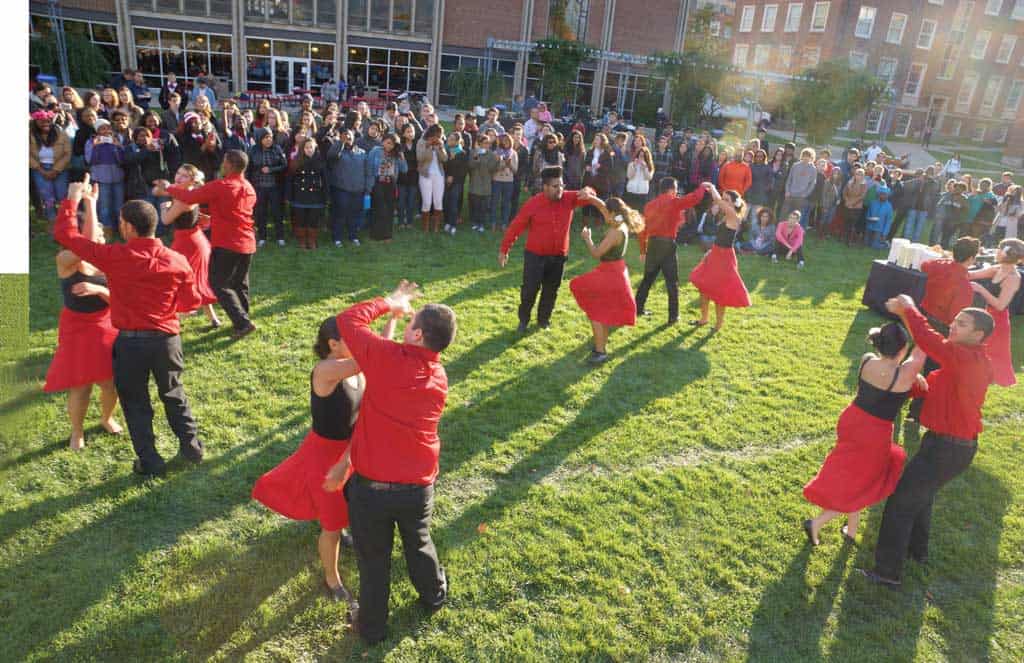 If there were something different about D-day 2013, it was not only the 1,500 students who crowded Mitchell Athletic Center, it was also  the students themselves, and the whole community.

This year’s D-Day saw several changes from last year. One significant addition was a campus cookout on the Reese-Shackleford Common starting at 4:30 p.m. Dining halls were closed and Denison student groups stepped up to take the stage included the Hilltoppers, the Denison Dazzlers, Ladies’ Night Out, Tehillah, and DUWop.

A daylong series of events was the result of more than a semester’s effort by the D-Day Committee, chaired by Deniz Aydogan ‘14 and Paige Robnett ‘14.

Student artists not formally organized into on-campus groups also performed. After 6:30 p.m., the venue was moved to the third floor of Slayter, which saw performances by Ekow and the Planters, Sarob, Beach Season, and Osage.

Cold, windy weather inhibited some from fully enjoying the event.

Evan Langford ‘16, a philosophy, politics, and economics major from Grand Rapids, Mich., said, “When I went to the cookout, there were not that many people there… I think they need to do something to attract more people to the cookout, maybe like better food, honestly? It might have been because of the weather.”

The evening concluded with a concert by Matt & Kim, who are best known for the song “Daylight,” with Hoodie Allen opening.

“It was sweet… because all the people on campus came,” said Langford. “The reason I thought the turnout was so big was because of better music choice than last year. Matt & Kim are just better than Mike Posner, [from last year’s concert].”

Ian Frazier ‘16, a physics major from Bethesda, Md., echoed these statements when he said,  “I thought it went very well. I thought there was a lot more student engagement than there has been in previous years…It was great to see student bands,” he added.