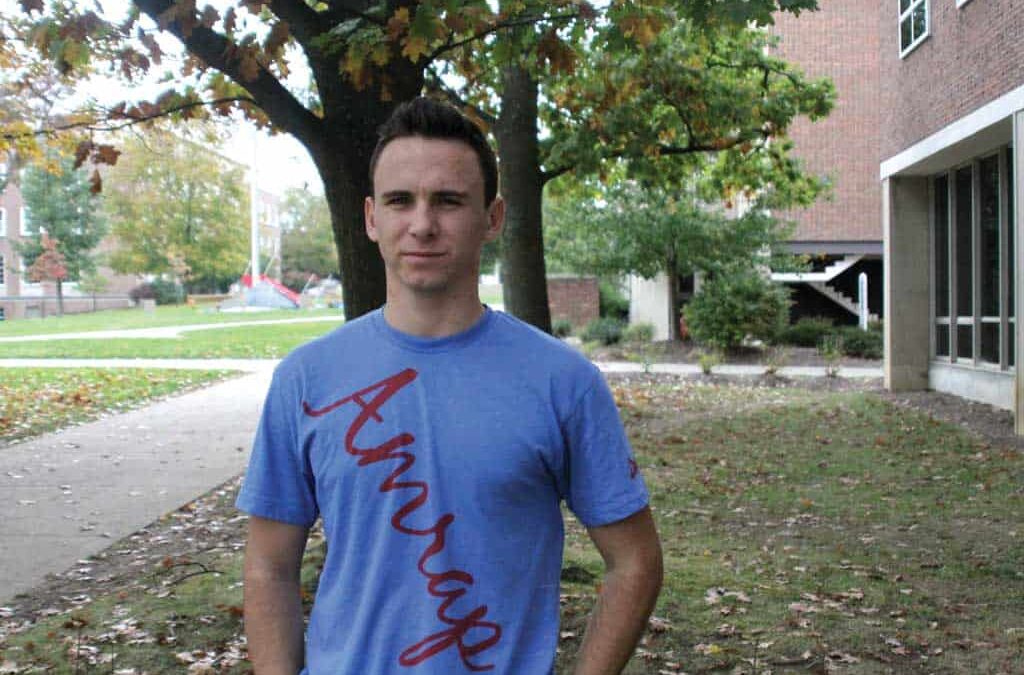 On a cloudy fall day, an international friend and I were studying on the fourth floor of Burton Morgan.

It then hit me – I have no black friends. Not one. There are black people on campus – isn’t that enough? When my parents come and visit, they will see black people. Thats good enough, right?

Lennon Johnson is the Vice President of the Black Student Union and NPHC. He won the Posse scholarship, an incredibly prestigious scholarship for individuals that is awarded based on academic excellence and leadership.

Lennon hangs out primarily with  African Americans, but has a few close relationships with white people. ‘‘You’re going to go where you feel more comfortable,’’ he says.

He is a member of Alpha Phi Alpha, a historically African American fraternity. He is the president and the fraternitiy’s lone member on campus this year.

Alpha Phi Alpha’s philanthropy is, ‘’Go to High School, Go to College,’’ which is a program that supports young African Americans in their education. Every month, he visits the sick and elderly in nursing homes and gives them company. By himself.

Earlier this month, Lennon was walking from a Black Student Union meeting and crossed paths with three white males outside of Smith and Shorney. It was a walk Lennon usually takes after his meeting, a walk he has taken hundreds of times in his four years on campus.

This time, though, was different.

He was called a horrendous slur and accused as the man who has been sexually assaulting boys on East Quad. It was tough, but Lennon doesn’t want sympathy. He’s too strong and smart for that.

By the end of our interview, I was fighting back tears. This man, who has been marginalized by our community, has transformed our campus.

When asked about what the administration could do in regards to diversifying campus, he said: ‘‘It has to happen by the students.