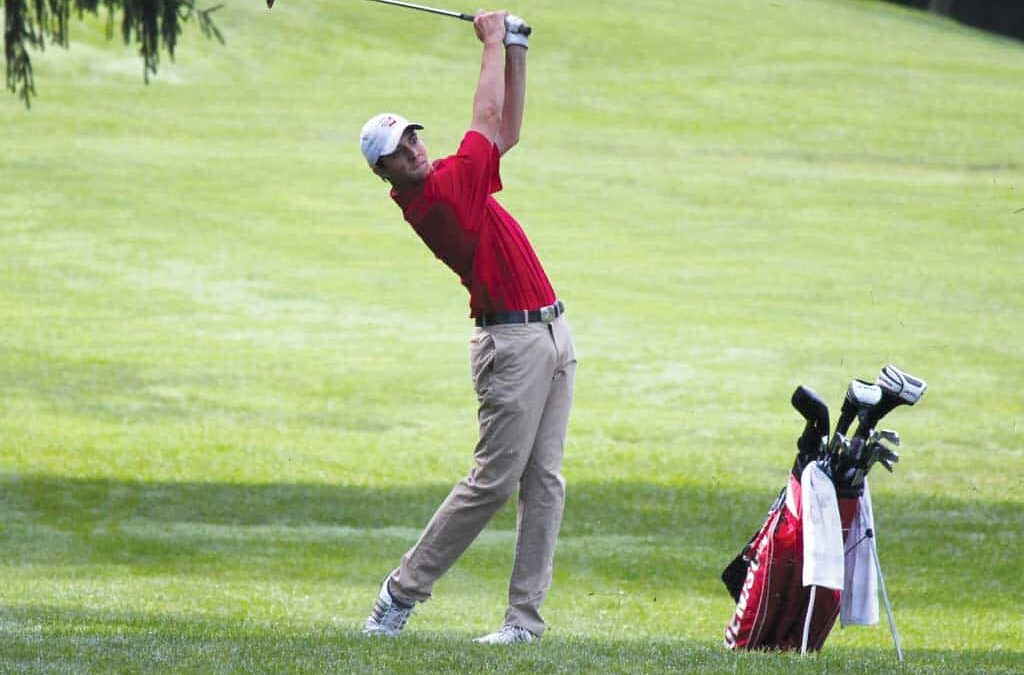 With only 11 strokes back behind first place team Wittenberg heading into the final day of the DePauw Small College Classic, the Big Red Men’s Golf team was looking to bounce back and take the lead.

Unfortunately, fate had other plans as the team finished fourth overall at the end of the tournament.

At the end of the first day, junior Dylan Francis had paced DU 1-over par with a score of 72, after carding 36s in the opening round of the classic for a tie for fourth place.

Sophomore Ben Cole completed the day for Big Red with a final score of 78, placing him in a tie for 34th place entering day two.

Following the first day of competition, the Wittenberg team was sitting pretty with a score of 290. Not far behind Denison sat DePauw, Wooster, and Mount St. Joseph, all with scores of 304.

The Big Red closed out the weekend falling to fourth place out of 11 participating colleges.

On Sunday, Denison was led by none other than senior Aaron Klimchuk, who finished the classic with a tie for 11th place overall after a second straight round 76 on 18-holes.

Klimchuk, who has consistently been a top NCAC performer, has been quite a bright spot as he tries to make a lasting mark before his final bow. He has done just that, shooting an impressive 69 earlier this year as well as being a dominating factor for the men’s squad.

First-year Drew Baker looks to carry Klimchuk’s torch. At the DePauw Classic, he shot a 76 on Sunday, resulting in a tie for 25th with teammate junior Dylan Francis.

Francis closed the classic with a higher-than-expected final round of 84 after an opening 72. Slovitt was the Big Red’s closing scorer for the weekend, finishing the final round with a score of 82 tying for 29th overall.

The DU golf team has one more tournament remaining in their fall season. After taking last weekend off, the Big Red men will be travelling to Greensboro, N.C. for the O’Briant-Jensen Memorial on Oct. 28-29.