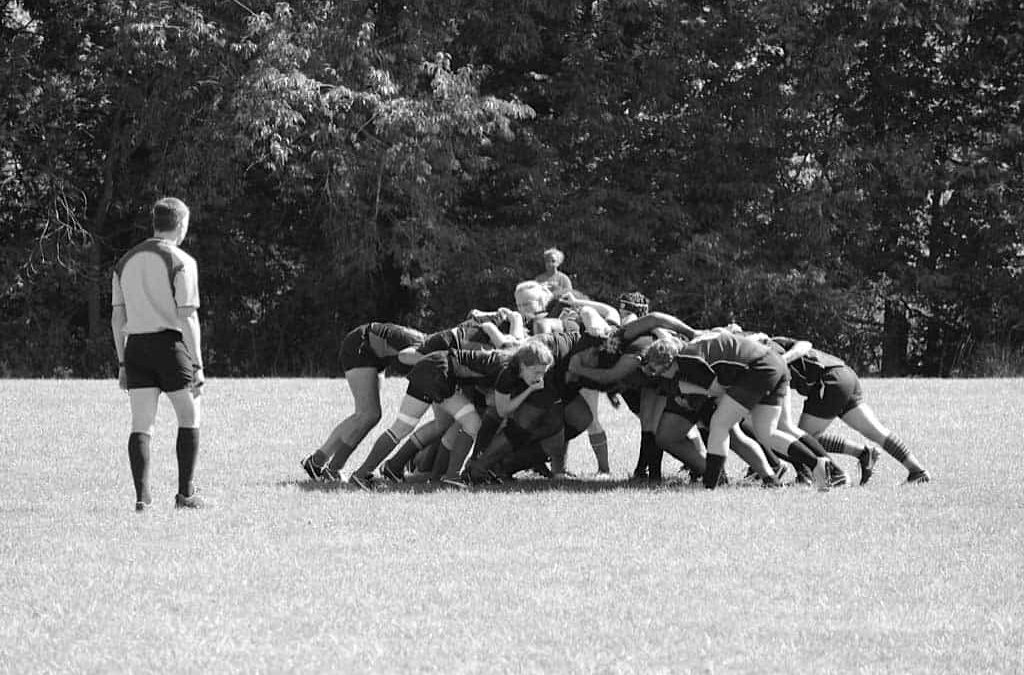 This past Saturday the Big Red women’s rugby team took on the Ladies of Kenyon College. Though DU was taken off guard by Kenyon’s competitiveness, the women still came out on top with a final score of 30-10.
When the game started Kenyon came out relentless but the Big Red women gave it their all in the first half of the game.
During the middle of the first half, though, players Caroline Sabharwal and Skarlyn Rodriguez recieved yellow cards resulting in DU playing down two members for the next ten minutes.
“This was quite a test for our team given that one of the players that were sin-binned was our captain,” Senior Jill Lindbergh said, “[But] Chelsea Boutin pulled the team together and stated that we were not going to accept defeat, or even a close game.”
At half time DU women’s coach, Garrett Fisher, gave the girls an inspiring speech.
He presented the girls with a challenge for the second half: to play together as a family and to play with heart. The Big Red women’s motto is “One Love,” which was created a few years back by Fisher. He wanted the girls to “channel that mantra onto the field,” explained Lindbergh.
After losing nine starting seniors last year, a lot of this year’s focus has been on the rookies of the team. Fisher decided to put some new fresh faces out for the second half of the game along with some vets, and the girls began crushing Kenyon left and right. After Hannah Roadhouse scored twice, Kenyon’s opportunities seemed to dwindle.
The win against Kenyon was huge for DU considering their recent success the past few years, including  the 2011 and 2012 Division II Ohio state champions, the 2012 Ohio Classic Champions, back-to-back undefeated league seasons, being invited yearly to compete in Division I, and making it to the elite 8 of the Mid-West in the 2013 National Championship Tournament.
Understandably, The girls were a little worried about their success this year.
“Coach says, ‘We aren’t rebuilding, we are reloading’ and I stand by that 100 percent,” Captain Skarlyn Rodriguez said. “We have a lot of great athletic, hardworking, committed girls on our team and that is showing on the field. Overall, we have been doing really well [and] our record speaks for itself so far.”
The women are determined to work as hard as they can this year to make it to the playoffs again. This year, their goal is to at least make it to the final four. “As a senior, who has been on the team since freshman year, I would love to end my last year of college rugby being number one in the nation,” Rodriguez added.
Lindbergh agrees  with Rodriguez, even though she has been on the sidelines with an injury for the beginning of the season. Regardless, she has a lot of hope for her fellow teammates and family.
“This team is incredible. Every year we get an array of players, some of which have never played rugby and even some of which have never played a sport, and still we come together on the pitch, every game: 15 as 1.”