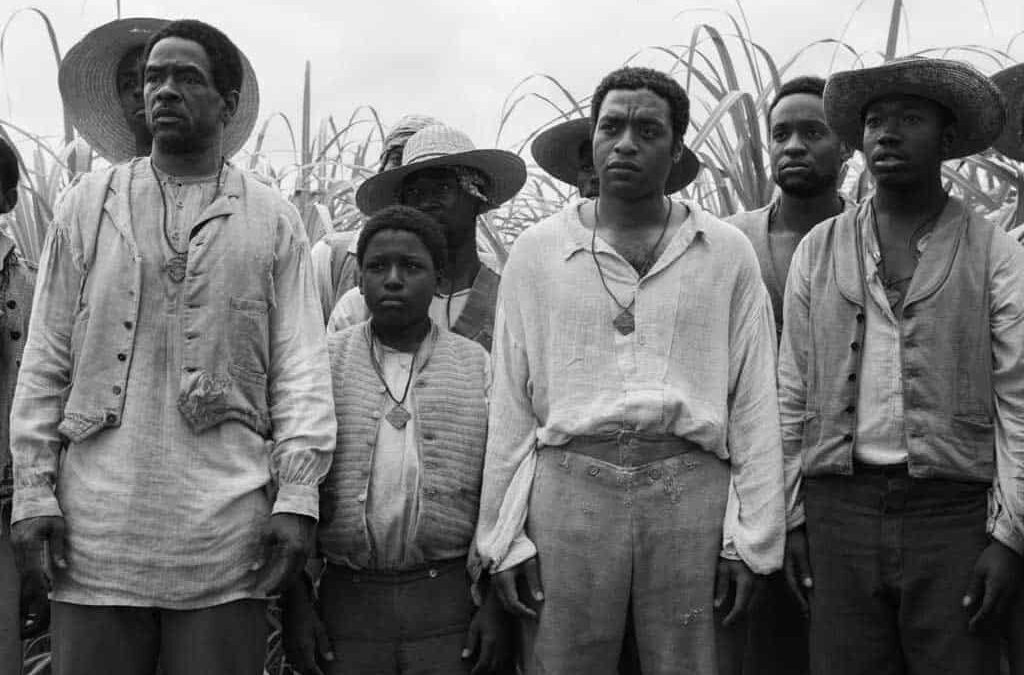 Reflecting on the last five years in film, the presence of racially charged stories that have emerged has been strong. These works, namely The Help, Lincoln, Django Unchained, and just this year, The Butler and Fruitvale Station, have each left their mark on the dialogue of race in unique form.

Slavery and civil rights are subjects that have been depicted thoroughly in media, but the topic inevitably calls for more illustrations. Coming in at the tail end of this recent spurt of race films is 12 Years a Slave, directed by Steve McQueen (“Shame”).

Deriving from an 1853 autobiography written by the main character, 12 Years demands attention through its shockingly revealing details of slave culture, acutely deliberate framing, and astounding performances by a mix of veteran and newcomer actors.

Solomon Northup (Chiwetel Ejiofor, “Children of Men”) is a free black man living in New York as a violinist. Northup is deceived and kidnapped by a group of white men and sold into slavery, where he endures unspeakable hardships amid the Antebellum era. In the context of the recent unveiling of Django Unchained, there is a subtly reminiscent emotion aroused by 12 Years a Slave.

The desire for Northup to find his revenge is near to our hope for Django to exact justice upon his wrongdoers. However, the commonalities end there. Where Django employed gushing comic book violence, 12 Years’ brutality is just as unyielding in its presentation, but plays out with honesty. In Tarantino’s world, the viewer always feels a level of detachment from reality, but in McQueen’s reality of slavery, on the cotton fields of a Louisiana plantation, every drop of blood and bead of sweat is an effort to do one thing – tell the truth.

The methods through which McQueen forces his audience to confront this truth are of the aptitude of only premiere directors. When the most horrific incidents are on screen, McQueen refuses to cut away, sometimes letting them resonate for minutes. In one example, Northup hangs from a tree just low enough so that his toes, pressing desperately in the wet mud, can keep him suspended. Children play and slaves toil in the background while Northup struggles for his life. They don’t dare help him, even look at him. The image smolders endlessly through a series of long shots, burning themselves into the screen and into your mind. Expressing the deeply institutional power structures of slavery in one fell swoop is a tremendous feat that emerges more than once in 12 Years.

In between all of the delicately exquisite camera placements and visually jarring scenes of suffering, the attempt to keep pace with Northup’s personal narrative is challenging. Foreign to the life of a slave prior to his kidnapping, Northup has reaped for years the benefits of freedom, and this makes him an outlier among the others on the plantation. Unaware of any alternative way of life, the slaves around him embrace their helplessness and emanate mechanical obedience. For Northup, as the years blur together and the whiplashes thicken his scars, this is a test of sanity. To remain resolute in his resilience, despite the acceptance of his misfortunes, makes Northup’s development tantamount to the rest of the film’s strong points. Played with steady elegant beauty, Chiwetel Ejiofor has created a character that will endure timelessly in cinema.

The emotive influence 12 Years wields would not have been as effective without such performances. Along with Ejiofor, Michael Fassbender (“Prometheus”) arrives midway with nearly overshadowing work as Edwin Epps, the alcoholic plantation owner without a conscience. Executed with the salivating menace of a crazed Rottweiler, Fassbender is terrifyingly superb as he seeks to break all hints of optimism within the slaves. Also of brave achievement is Lupita Nyong’o in her role of Patsey, Epps’ most docile slave. The subject of some of the most sickening scenes of the film, Nyong’o is essential to affecting the continuous uncomfortable aura of the film.

Careful not to waste a second, 12 Years devotes each second to exerting the most powerful and true storytelling. When the Oscars roll around next spring, I fully expect 12 Years to be as golden-tinseled as any movie of 2013.