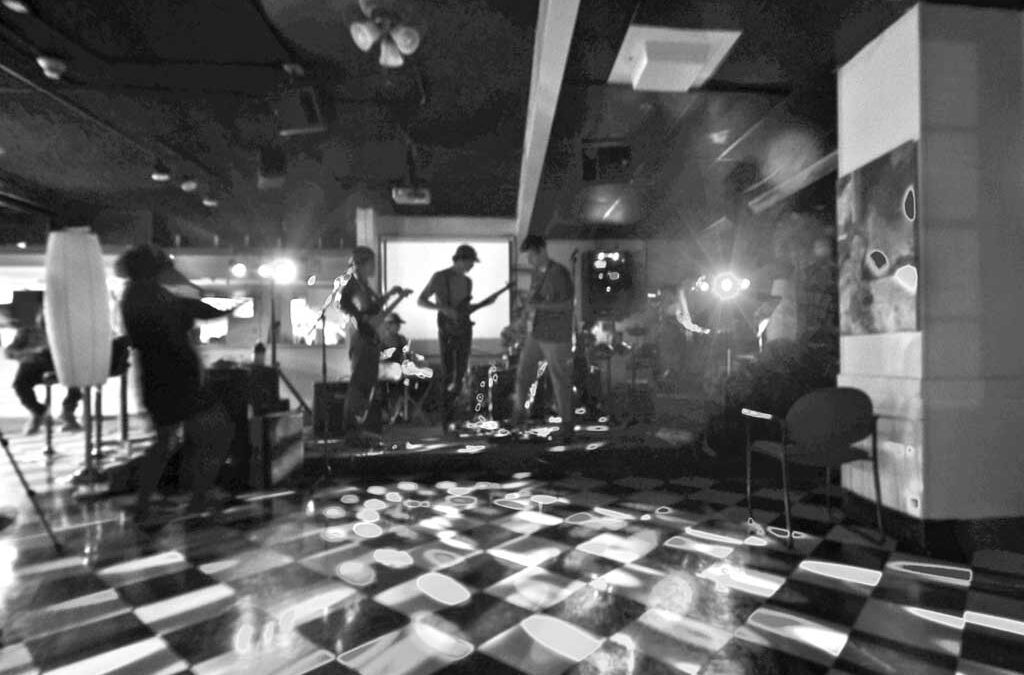 Known around campus for their spontaneous performances behind the Sunset apartments and a recent gig during Denison’s D-Day festivities, Beach Season booked a new venue for its Halloween-inspired performance in the Bandersnatch this past Wednesday, Oct. 30.

“It takes a little longer to set up after you’ve had a few,” I heard one of the members of the band say as I walked in to the venue before the show. I was late for the scheduled 9 p.m. performance, but, apparently, I was right on time.

Students dressed in costume for a contest that yielded the Snatch’s famed pizza bagel and milkshake combination as its prize. The winner of the contest was Mitch Rogers, who donned his well-known and expertly tailored “Link” outfit. The other students, arriving as dinosaurs, fairies, hippies, hockey players, hoola-hooping dancers, and Miley Cyrus impersonators, were soon beckoned from East Quad by the funkadelic sounds of Beach Season.

Cullen, commenting on the energy of the audience, said: “[Having] everyone in costume was a cool experience because it added a new level of crowd involvement in the event and gave us a chance to see everybody’s creative ideas.”

Showcasing funk classics – like Herbie Hancock’s “Chameleon” – with a modern, grungier twist, Beach Season had the audience grooving on the checkered dance floor, while the fog machine created an appropriately eerie atmosphere.

The improvisational, jam-inspired tunes were tuned together as each member of the band worked interactively with the next to provide the most cohesive sound.

Beach Season does not like to define its music as being a part of any particular genre. Cullen noted, “I wouldn’t say that a certain kind of music defines [us], but rather a willingness to explore all musical styles combined with a passionate energy of creation.”

The band is currently working on new material, so be on the lookout for a Beach Season performance some time in the near future!