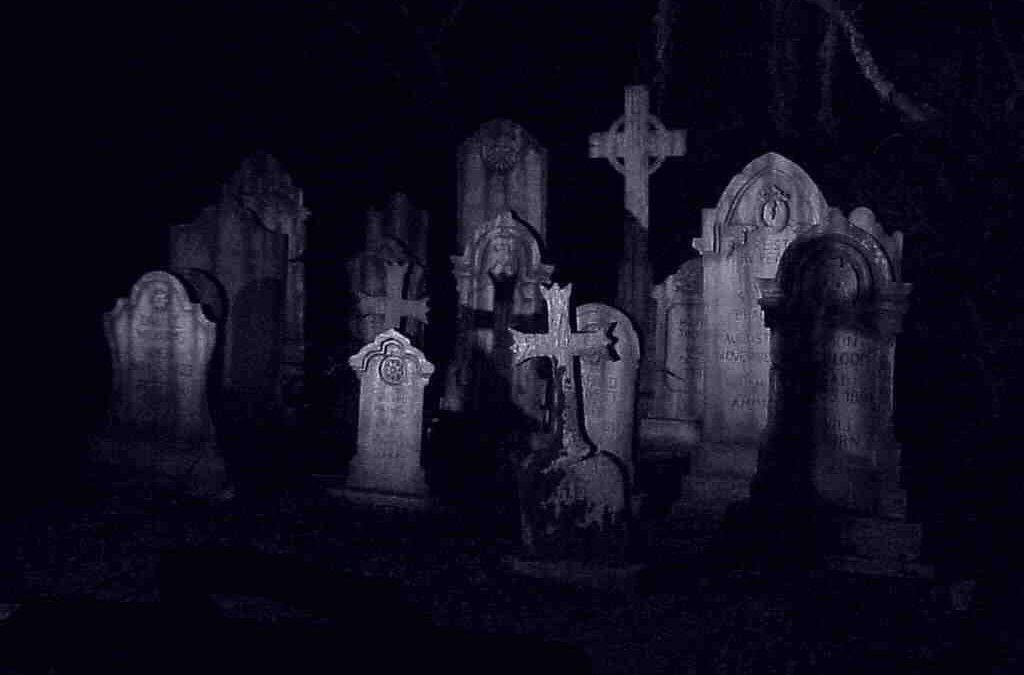 If you saw an abnormally large group of dark figures huddled near the cemetery behind Smith last Wednesday night, fear not! It was probably just a bunch of students gathered to watch the Burpees Seedy Theatrical Company perform its annual Halloween show.

The Burpees, as they are called, are Denison’s resident improv comedy troupe, and every Halloween, they dress up in costume and let their freak—not to mention vulgar—flag fly, delivering their only uncensored, “dirty” show of the year. This tradition began some years back, when the Burpees became a “clean” improv group, avoiding overt references to sex and swear words as a matter of principle.

While ordinarily a given Burpees show may feature its share of innuendo, absurd death scenarios and hilarious romantic trysts, this Halloween performance brings out the worst in the troupes’ talented group of improvisors, much to the delight of its audience.

Over 50 students came out to see this year’s performance, which took place, as per tradition, at midnight, braving the Hallow’s Eve mists to enjoy what amounted to a lot of simulated fellatio, on-the-spot silliness and some situations too deplorable to print. The night featured a variety of games that were standards of the Burpee repertoire, but each had an added twist, mostly with regard to their names. For example, the game “Fourplay,” which calls for four Burpees to stand in a square and be rotated left and right to initiate four different two-person scenes, was renamed “Sex” for the Halloween show, “since Fourplay is already pretty sexual.”

One standout game was “Boobs McCrappin,” based on “Scoops McCracken,” a game wherein one performer (usually junior Jacob Betts) must gradually fill in the 5 Ws of a news story based on clues given by five other performers. Senior Grace McQueeny took on Jacob’s usual role, giving a sultrier, played-dumb but no less hilarious performance.

This was the first Halloween show for Burpee sophomores Nia D’Emilio, Kate Ramsdell, Phoebe Thatcher and Matt Harmon, but each of them, despite any private reservations they might have had, performed admirably. D’Emilio’s process of guiding McQueeny to the When answer of “the glory days” in “Boobs McCrappin” was of particular note, and Harmon’s brief display of sexual voracity with junior Zach Matek drew loud cheers from the crowd.

The Halloween show always has a different feel compared to other Burpees performances, which isn’t limited to the increase in vulgarity. This was noted by Rohaan Unvala, a first year from Mumbai, India, who said, “It was really different from the usual burpees shows. Everyone was in a really “chill” mood, which made it even more fun.” Making a similarly positive remark, Erin Katalinic, a sophomore from Galloway, Ohio, said, “I thought that it was hilarious. I was worried that the drunkenness would make it sloppy, but it was a very funny show. It makes their normal lack of vulgarity totally worth it.”

Though the Burpees will be hanging up their swearing hats for another year, at least on the improv stage, the strength of this outing should tide us over for a little while. Denisonians should look forward to another, cleaner show sometime soon.