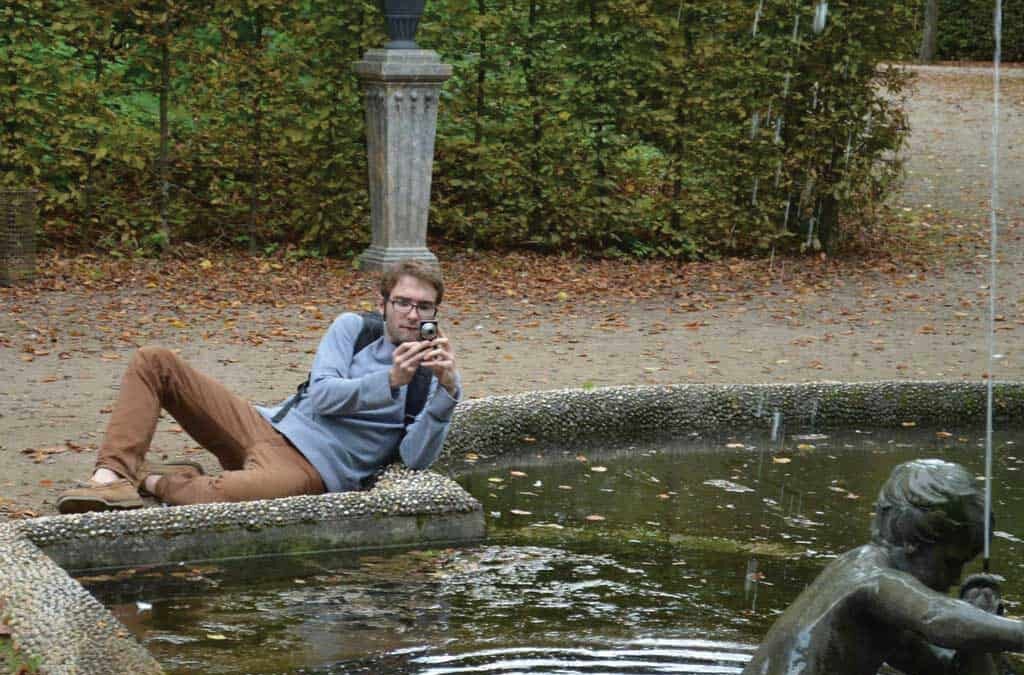 Peering with my digitized spyglass at the last few months’ worth of American political discourse, cloaked in the lack of insulation that the distance of being abroad provides, it would be easy for me to claim to be glad I was not privy to it; that I would drink delight (among other things) to the fact that an ocean’s distance allowed me to fiddle while Washington burned.  Out of sight, out of mind, right?  However, when anybody— myself included —finds themselves a stranger in a strange land, the habit becomes to keep a mental scorecard contrasting the well-worn, comfortable knowledge of “back home” with the newfound exotica.

That is especially true when one lands in Germany — a nation often stereotyped as embracing a certain flair for all things regimented, disciplined, and imperturbable.  At that point, questions slam into each other like wrestlers: “What is similar?” “What is different?” “How much do they know of me?” “What remains true of what I once thought about them?”  And perhaps it was one of those turnings of the screws of irony that two separate pieces of political operetta — one a German election, and the other a Congressional near-catastrophe (a Three-Mile-Island of sorts) — that gave me a reason to sit back and think.

For those among you who don’t keep up with the specifics of German government, on September 22 the German people undertook their seventh election since their reunification as a nation (in 1990).  To nobody’s utter shock, nor apparently to any mass sense of surprise, Angela Merkel, the grande dame of German politics enthroned at its very heart like a Copernican Sun, won a resounding victory at the ballot box.

Coming only five seats short of an absolute majority in the Bundestag (the lower and more important house of Germany’s bicameral legislature), Ms. Merkel has crystallized her standing as the most significant Teuton on the world stage since Helmut Kohl, her mentor and predecessor in the chancellery. Kohl oversaw the destruction of the Berlin Wall that reunified East and West Germany.  Indeed, Henry Kissinger’s wry comment that Germany is “too big for Europe; too small for the rest of the world” has never appeared more true than under Ms. Merkel’s leadership, which has seen an economically revivified Germany emerge as the little-disputed first among equals within Europe’s brotherhood of nations while at the same time remaining bashful and demure as to the global ramifications of its economic clout (unlike Britain or France, Germany has not embarked on any interventionist (mis)adventure since Kosovo). You’d think that a leader who’s brought Germany back to the status of great power would want to “run the board.”

But, as I mentioned before, Ms. Merkel hasn’t been in the business of board-running.  If wishing made it so, she would be able to pass “Go” and collect 200 dollars at whim, but the society whose language coined the term realpolitik would be the first to tell you that wishing never makes it so.  Rather, just like in poker, the hand that has been dealt must be played to its fullest possible advantage. A bad hand won’t win you the pot.

And Ms. Merkel’s hand, respectable though it may be, is as imperfect as the sound of five squeaky chairs swiveling in the Bundestag debating chamber.  But let me get rid of this metaphor, for if anything were ever true of the German people, it is not like them to push all their chips in a daredevil flash of testosterone-induced fury into the center of the card table.

Rather, compromise is one of the main ideas of German government, a virtue which now seems to be considered anathema by U.S. politicians like Ted Cruz and Mike Lee.

Indeed, everything in German history and everything in the political system designed to meet the complex challenges of that history, seems interwoven with the fiber of compromise.

Take, for example, the way the German government is set up.  The arrangement in the Bundestag puts a lot of emphasis on the proportion of votes each and every party manages to glean at the polls. There is a direct numerical relationship, in Germany, between the amount of seats a party is given in the legislature and the number of votes cast for that party. In other words, if Party X wins y amount of votes in a given state (unlike our cornucopia of fifty, the Germans have only sixteen), then Party X is allotted the corresponding amount of z seats in the Bundestag to which its y share of the vote entitles them. This means that even if Party X didn’t win the majority vote in any state, some seats in the Bundestag will be still be given to X based on the number of minority votes they did win.

What Washington can learn

Compare that to our Anglo-American inheritance, the first-past-the-post system.  Whoever wins the largest share of votes, whether it be an outright majority or even a mere plurality, wins the seat, period.  There is no such thing as a comfortable cushion for the losers to fall back on — their only consolation is that they can run again in two years’ time.

This is why, in American politics, minor parties have little to no chance of having their voices heard in the winner-takes-all halls of government. There are no independents in the U.S. House of  Representatives, and only two in the Senate. Only Republicans and Democrats can get realistically elected. German minor parties, by contrast, are at least given a chance to take their baby steps.

What occurs from there is nearly inevitable — Americans of a given ideological stripe, such as Tea Partiers, are forced to take refuge under the canvas of a big-tent Republican Party shielding not only fellow comrades (perhaps the wrong word choice when referencing the Tea Party) but also business interests, foreign policy hawks, and so-called “values voters”.  Why?

Because all the Tea Party could possibly gain from a mass exodus toward the mirage of a third party would be a fistful of sand and no Promised Land.  So they take LBJ’s view that, “it’s better to be inside pissing out than outside pissing in.” Germans of a less-than-mainstream persuasion, however, have a certain peace of mind in knowing that, so long as they can convince enough voters to give them a proportion of the vote, they have a voice in government.  Although this sounds like an invitation for chaos, it also provides the larger parties with a golden opportunity. When there is disagreement within large parties, smaller parties can break off, leaving a more flexible, streamlined, and cooperative party in its wake.

This explains how Ms. Merkel’s center-right party and the main center-left opposition are on the cusp of forming a unity government — the extreme leftists and right-wingers had already retreated into their own parties: a remnant of the old East German Socialist Unity Party led by a former secret police informant, and a reactionary anti-European front that barely anybody admits to having joined.  The Michael Moores and Ted Cruzs of Germany can trumpet their bizarre manifestos from the ideological sidelines until the cows come home; meanwhile, the actual business of government inches forward.

This is not to say that there are many Ted Cruz alter egos to be found in Germany.  After living through both the impetuousness of the Kaiser and the demagogic thugishness of Hitler, the desire for government that is less reflexive and more reflective is practically sacrosanct.  So far as I can tell, the German impulse is at once missionary and repentant.  Because they recognize the fact that a history rife with dysfunctional government has contributed to the instability of the continent (and the world), they are more than willing to try to rebut that reputation in the here and now (in much the same way that the United States, the only nation to have used nuclear weapons in anger, is the one of the most vociferous critics of their proliferation.)  Civility is given a real chance to rue the day.

Thus, there is no 24-hour barrage of “I approve this message” advertising; no culture of super-biased, partisan pundits launching salvos of vitriol across newsroom coffee tables.  During the only televised debate between the kanzlerkandidaten (candidates for chancellor), more jokes were traded than barbs.  Even when discussing politics in the most casual of settings — say, while drinking on a beach — the unspoken rule of cordiality is never breached.  Finding myself in such a situation with a group of beer-bearing German friends of a leftist bent, I was pleasantly surprised when, while airing even their most heated criticisms of the chancellor, they refused to call her anything but “Ms. Merkel.”  This was accompanied by no sneering; no scoffing; no sarcastic doubts of legitimacy —  a true embodiment of the maxim that it is possible to disagree without being disagreeable.

Of course, that is not to suggest that Germans sit back and give away every conviction they hold dear; the nation that has given respite to countless (and perhaps the greatest) philosophers, thinkers, and critics would expect nothing less than the most vigorous debate amongst its citizens.  However, Germans have a keen eye for spotting the difference between those with substance to contribute to the greater national dialogue, and those that don’t.

Perhaps we can learn something from them.