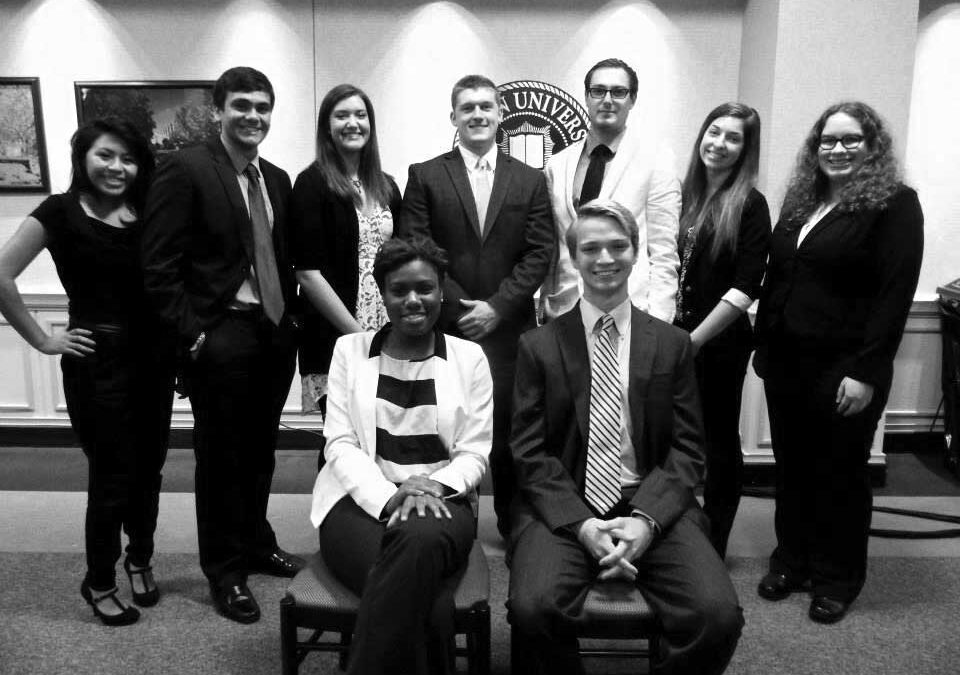 Half a million dollars to improve campus

If you had half a million dollars to improve campus, what would you spend it on? The DCGA finance committee is asking students that very question.

DCGA recently opened up access to the reserve fund of $500,000 and is asking students to submit ideas on how the money could best be spent in order to improve Denison structurally, academically, and socially.

DCGA emphasized that ideas should benefit more than just certain segments of the Denison community.

“We kept the guidelines intentionally vague to promote creativity,” said Steven Hix, a sophomore member of the finance committee from Dayton, Ohio.

They are optimistic that students will submit meaningful ideas on how the large sum of money could be best spent.

“We realize that students have great ideas on how to improve Denison academically, socially, and structurally. We also realize that our current Reserve Fund is too large and is not benefiting students if we do not use it,” said Kiara Sims, the finance chair and a senior from Chicago, Ill.

DCGA hopes students will propose projects that will benefit not only current students but also future students.

“It would just tickle me pink if people would put forward ideas that have the potential to reform the school in structural, academic, or social ways instead of suggesting ice cream in Huffman. We all want more ice cream, but the potential for this reserve fund is so much greater than that, and I hope students realize this reality when considering potential proposals,” said Hix.

Proposals submitted to DCGA must include specific details of the idea, a description of how it will directly benefit the entire student body, and estimated cost, which must be under half a million dollars.

Sarah Dixon, a freshman finance committee member from Springfield, Ohio, said that some unofficial ideas on how to use the money have looked at “restructuring existing buildings on campus or creating new student social areas.”

“The finance committee and DCGA are open to hearing any ideas which students bring forward,” said Dixon.

The money came from students’ activity fees over the years. Every Denison student pays a student activity fee of $430 each year, according to Sims. The money is then distributed to campus organizations to host events and activities. The funds have built up from not being used by student organizations and through conscious protection of the funds.

“DCGA is supposed to retain a portion of the fees each year as a reserve to protect against spending more than the activity fee generates in a given year,” said Seth Patton, Vice President of Finance & Management.

Patton said that “this discussion about using some portion of the reserve for capital improvements that would enhance student activities has been ongoing for a number of years; it is not a new discussion.”

The good news is that the activity fee has been frozen for several years now, since it has been under-utilized recently.

DCGA had been talking about using the reserve fund for a couple of years. This was the year it finally took action.

“We finally dealt with the issue this year because of the amount of momentum behind the initiative and the strong determination of Finance Chair Kiara Sims to get the project going.” said Hix.

In the past, the money has been used under the project title “Capital Purchase,” which provided student organizations a chance to request items that would allow them to function better.

“For example, the Black Student Union asked for funds that would allow them to remodel their meeting space,” said Sims, “This was a great way to decrease the reserve fund as well as show students how their activities fees are helping to develop the Denison community and beautify the campus,” she said.

The finance committee will hold open meetings the week in which proposals are submitted. DCGA hopes that this will help students talk directly with the committee and will make the decision process more transparent to the student body.