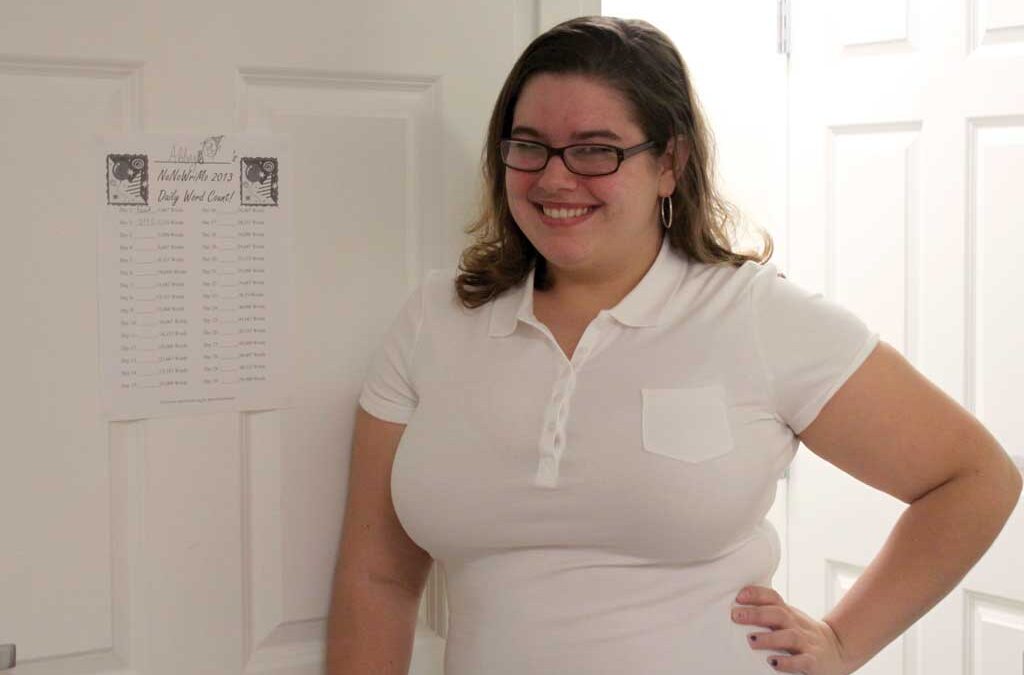 What would you do if a professor assigned a 50,000 word paper due at the end of the month? At least a dozen Denison students, members of the Writers’ Club, will be participating in National Novel Writing Month, also known as NaNoWriMo. The goal is to write a 50,000 word novel by the end of November.

Rachel Morrisson, a sophomore from Hudson, Ohio has participated in NaNoWriMo eight times. She wrote her first novel by hand when she was in sixth grade. She says that “the frenzied, deadline-based experience” appealed to her.

But this year, Morrisson isn’t going at it alone. She’s collaborating on a novel with Tori Newman ‘15 and Jonathan Huang ‘15. She calls it “novel-share.” The three students are going to create a central hero and, via Google drive, write his life from three different perspectives.

Of the new project, Morrisson says, “It’s an interesting way to play with different perspectives and how stories change depending on who’s telling them.”

Abby Current, a senior from Leesburg, Ohio and a creative writing major, has participated in NaNoWriMo since 2009 when she heard about it at a Kenyon writing workshop. Current says one of her favorite NaNoWriMo activities is “word wars” where two writers set a time limit and see who can write the most. She says it is “a fun way to share your experience with other writers and build a sense of community.”

Over 250,000 novelists have registered with the NaNoWriMo website. The site has an official word count tool, as well as a forum to meet other writers. NaNoWriMo is “funded in large part by merchandise sales and donations made by participants,” the website says.

Current has reaped the benefits of being a NaNoWriMo novelist. At 17, she got the opportunity to self-publish her book on Amazon. Titled “Ghost in the Flesh,” the novel is 244 pages. Her author biography reads in part: “[Abby] has been writing about ghosts and fairies since she was small, and has no plans to stop anytime soon.”

Rachel Morrisson might not have a novel on sale, but participating in NaNoWriMo has been rewarding for her all the same. She says,   “I would recommend NaNo to anyone, because quite simply, giving yourself license to be creative – even though you know your work is going to be flawed – is an awful lot of fun.”