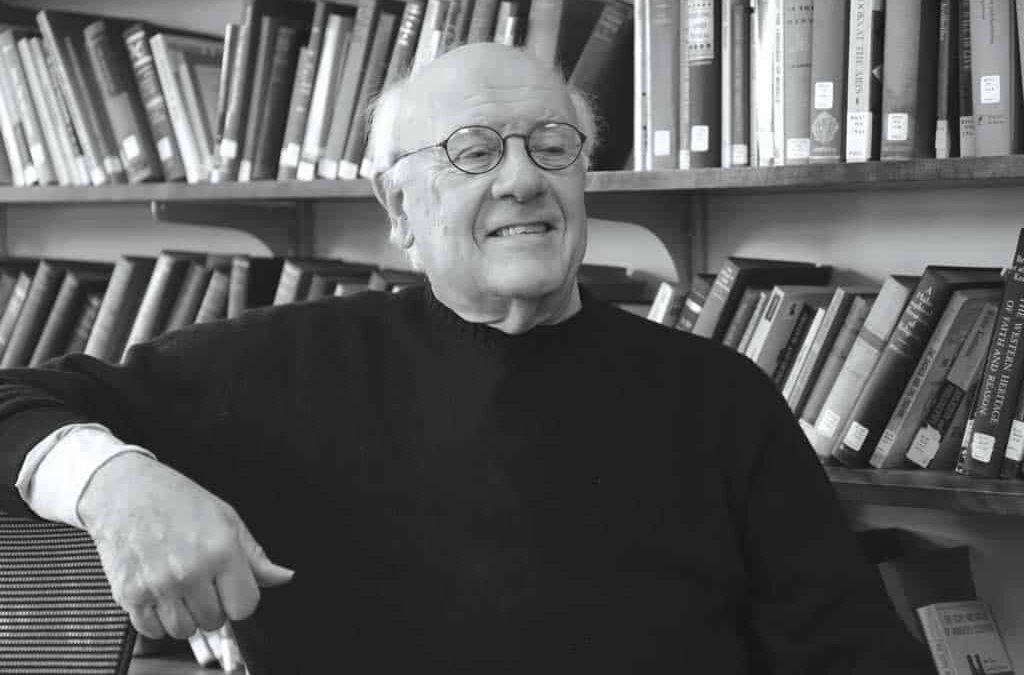 What is right and wrong? How should people behave in society? What justifies the laws that govern us?

Natural law theory, which is one of the ways philosophy tries to answer these questions, was the topic of a talk given by Maria Theresa Barney Professor of Philosophy Anthony Lisska at Kenyon College on Wednesday night. According to natural law theory, the laws that should govern society and inform our ethics are built into what it means to be a human being.

Natural law theory has generated a lot of political controversy because it is used heavily by the Roman Catholic Church in its theology of morality, which is often conservative. But Lisska lectured on what he calls a contemporary “renaissance” in scholarly interest in natural law in a secular way distinct from Christian theology. Entitled “Thomas Aquinas and Natural Law,” the lecture was attended by a handful of Denison students in addition to their Kenyon peers. It was part of the prestigious Joseph H. Larwill Lecture series.

The Joseph H. Larwill Fund was established over a hundred years ago in 1908 by the eponymous Joseph Larwill, Kenyon class of 1855. The Fund can only be used to “defray the expenses of lectures” in philosophy and religious studies, according to the Kenyon website. A Larwill Lecture occurs no more than twice a year, according to Lisska. Previous Larwill lecturers have included Bertrand Russell, one of the most important philosophers of the 20th century, and Alasdair MacIntyre, a world-renowned Scottish political theorist and theologian.

Lisska traveled to Gambier on Tuesday and was hosted by Yang Xiao, the chair of Kenyon’s philosophy department. Xiao is a scholar of moral theory, analytic philosophy, and Chinese philosophy. He is particularly interested in the philosophical connections between Aristotle and Mencius, a Confucian thinker of ancient China.

Lisska taught a session of Xiao’s moral theory class on Tuesday and dined with the philosophy department that evening. He also had a chance to speak with Visiting Assistant Professor of Philosophy Alexandra Bradner, who once taught at Denison.

The lecture itself took place on Wednesday evening at 7:30 p.m. in Kenyon’s Community Foundation Theatre. Lisska saw the talk as more “descriptive than philosophical,” and focused on the renewal of interest in natural law theory in the 20th century.

This renewal was precipitated in part by the Nuremberg Trials of 1945 and 1946, when Nazi war criminals were tried by the Allies. Language in the trials like “crimes against humanity” harkens to a kind of natural law theory, Lisska said, that is distinct from Christian theology. A great diversity of interest has sprouted in Thomas Aquinas as a result of these cultural questions. Lisska mentioned schools like Aristotelian Thomism, Transcendental Thomism, and others as examples.

He described the whole experience of the lecture as “great fun.”

A small group of Denison students drove to Kenyon to listen to the lecture. Among them was Erin Stevens ‘16, a philosophy and biology double-major from Louisville, Ky. The lecture was “very accessible to people who weren’t doing philosophy,” she said, with many “applications to today.” Another Denison student attendee, Antrim Ross ‘16, a philosophy, politics, and economics major from Charles Town, W.Va., agreed, calling the lecture “down-to-earth.” It “tried not to get into philoso-babble,” she said.

Estimates for the number of attendees ranged from 20 to 35. Despite the small group, Christina Hambleton ‘16, a Denison philosophy major from Bellville, Ohio, said that the concluding “Q&A was very intense.”

Lisska said he was “honored” to have received the invitation to present this “important lecture.” Educated at Providence College, St. Stephen’s College, and Ohio State University, he has been teaching at Denison since 1969. His areas of interest include analytical Thomism and Medieval Scholasticism. He is also a historian of Granville.