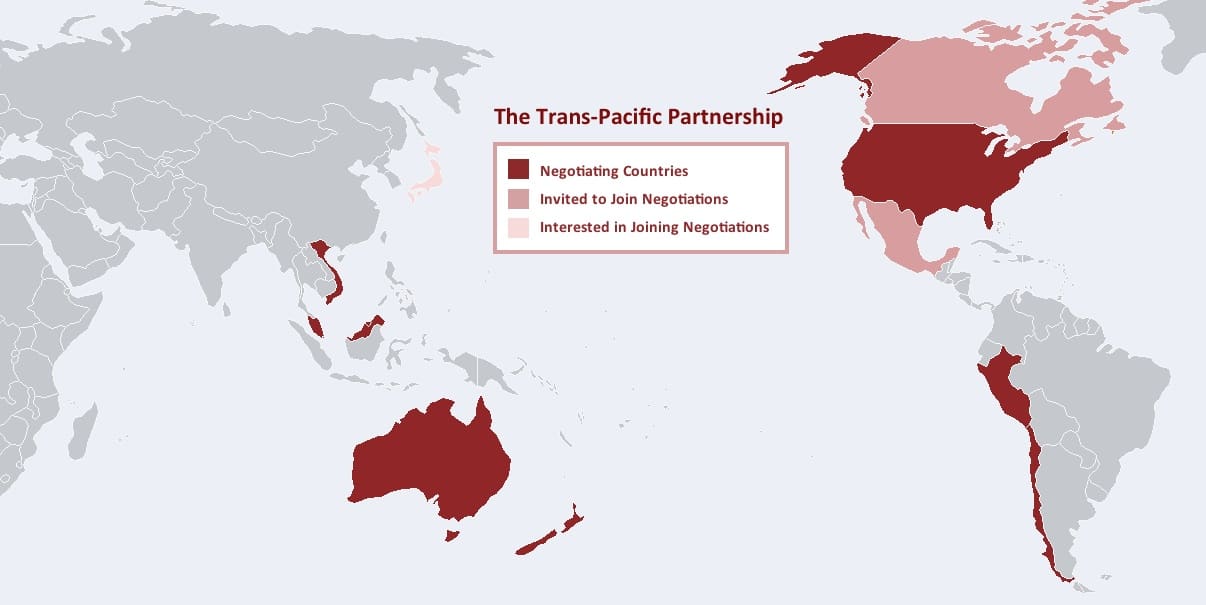 It is predicted to restrict internet freedoms and tighten intellectual property right laws, in addition to reducing tariffs on international products, reducing local buying regulations, and making it easier for global corporations to bring suits against governments.

It has been in progress for three years, although talks of the United States joining were opened in San Diego on July 2, 2012, according to The Seattle Times.

But many Senators and Representatives feel they have been left out of these talks. U.S. Rep. Bob Filmer (D-Calif.) from San Diego was asked at a 2012 protest to “open these negotiations to the people,” and Rep. Darrell Issa, Republican Chairman of the House Oversight and Government Reform Committee, called TPP talks “a secretive backroom negotiation.”

This sentiment is supported by President Obama’s choice to pursue the “Fast Track” process, which is specifically designed for the passing of trade agreements, limiting debate and restricting Congress to a simple up-or-down vote. Ron Kirk, former U.S. Trade Representative, has expressed doubt that the TPP will pass if Congress has more time to debate it.

And, based simply on protests in San Diego, Dallas, and Washington, D.C. itself, the American people do not support the TPP. According to The Washington Post, both industries and unions are growing apprehensive of the partnership, which could decrease local industry with the reduction or removal of foreign trade tariffs.

On account of the government shutdown, Obama cancelled his attendance at the Asia-Pacific Economic Cooperation in Indonesia, where TPP talks would have gained steam. Secretary of State John F. Kerry attended in his stead.

The TPP may be important to secure the U.S. presence in Asia, but it is also vastly destructive to local industry. And if it passes through Congress via the fast track process, we may all see the fallout much more quickly than we ever expected.

If you are interested in continuing this conversation, write a response. Email Forum at edmond_c1.