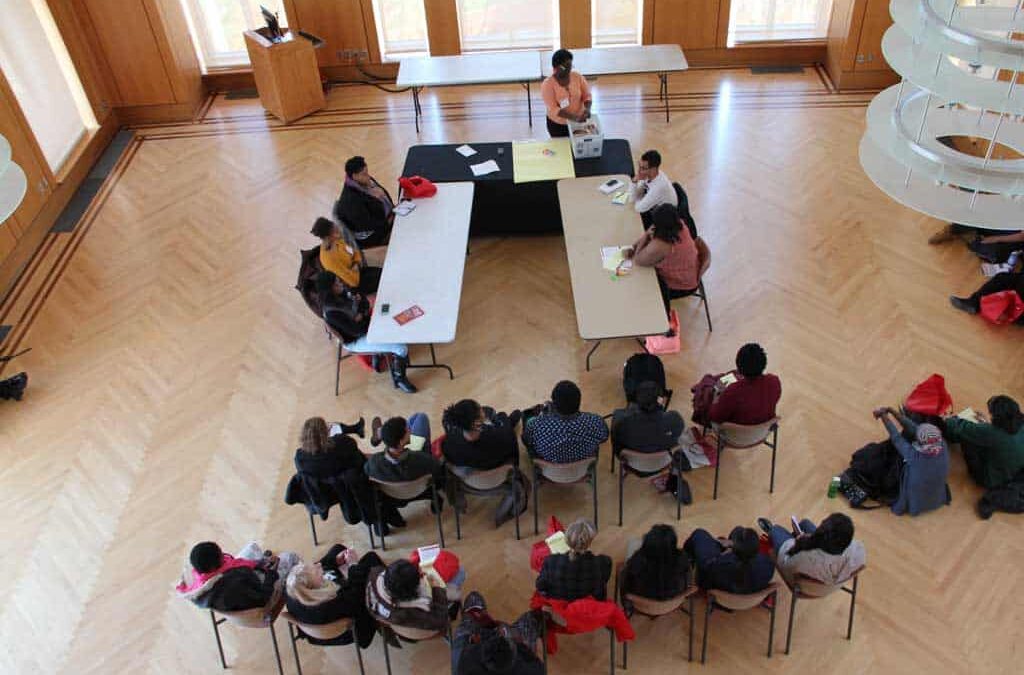 What I learned about diversity at the GLCA conference

Last weekend, I attended the Great Lakes College Association Conference, which joins students from thirteen Midwest liberal arts colleges to address how we can empower both students of color and non students of color to address issues that we face both individually and within our respective cultures in our daily lives.

One might assume that students attending the conference were primarily black, but this was not the case. There was an equal distribution of black, Hispanic, Asian and white students.

At the conference, we talked about racial issues that students of color face on college campuses. We also discussed a spectrum of issues that ranged from the backlash the 2013 Miss America pageant winner, Nina Davuluri, received after her win in September to the struggles that the LGBT community faces in both academic and non-academic settings.

The range of topics we acknowledged is one aspect that I found made this conference unique. Students from practically every race, sexual orientation, and religion were represented at the conference, which allowed us to address issues that we normally don’t talk about.

For example, I spent a great deal of my time on the first day of the conference talking to three international students from Kenyon College—two were from China and the other was from Vietnam—who talked about their experiences attending a college in the US. They mentioned that although they have each found extracurricular interests on their campus, they have also struggled to maintain their cultural identities while embracing American culture.

They said that because of the initial culture shock they faced when first moving to America, they often tend to gravitate toward each other. As a result, these students said that they often feel like there is a disconnect from the rest of the student body at Kenyon.

This example is one of the many diverse issues that were discussed at the conference that differed from the norm of what is usually talked about when the question of diversity is raised.

In this way, the GLCA conference is an example for how we should face diversity issues in the future. It is easy to view diversity as a strictly black and white issue. For example, as a result of challenging the Stand Your Ground law with the recent murders of Reneisha McBride and Trayvon Martin, we as a country tend to forget about the problems other minority groups have to deal with.

We need to do better. Of course it is important to challenge the issues that African-American people are facing, but it is also important to recognize that we need to make sure we are empowering other people who may slip under the radar, such as the disconnected international students feel with their peers when coming to American colleges and universities.

Diversity is a nine letter word that encompasses so much more than the name may suggest.