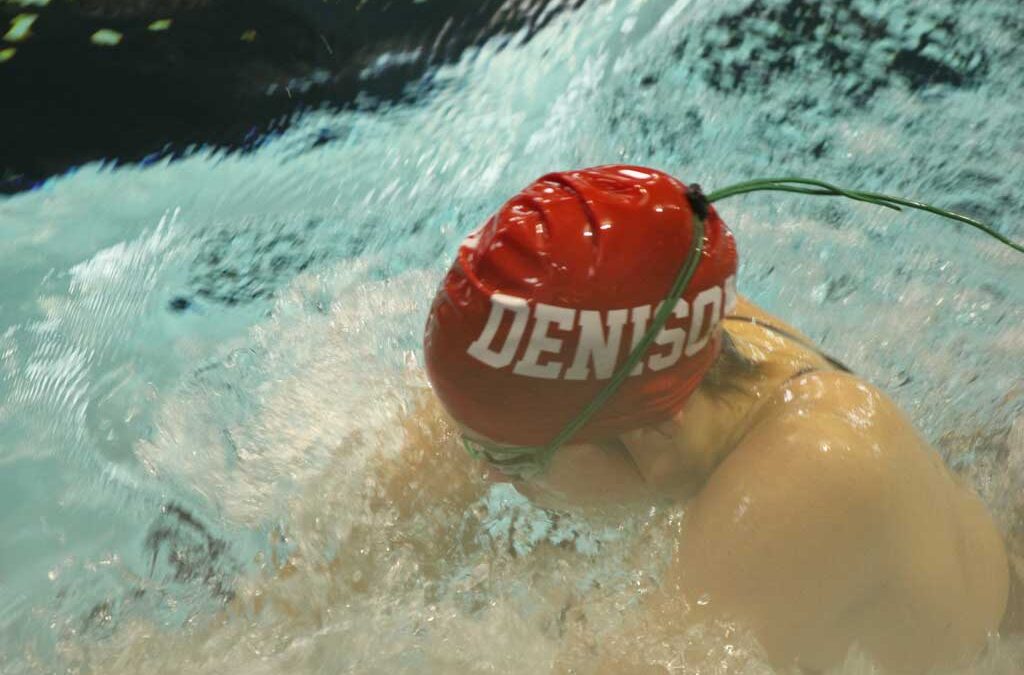 If you are unaware of Denison’s swimming rival with Kenyon College, either you are a first year or you have been living under a rock.

The past couple of years, the Big Red and the Lords have been battling neck-in-neck for the NCAA Division III Swimming and Diving team Championship.

If this Saturday’s dual meet were any indication of how this year’s championship meet will turn out, the Big Red men and women look to be the team to beat.

Kenyon and Denison’s mens’ teams were evenly stacked the entire meet. Heading into the final event of day, the 400 freestyle relay, the Big Red trailed the Lords by a measly 2 points. The foursome of seniors Carlos Maciel, Spencer Fronk, Sean Chabot, and sophomore Conrad Wuorinen were determined to win the event, as the winner would take the meet.

Aside from this electrifying race, junior Damon Rosenburg posted an NCAA provisional qualifying time in the 100 breast, taking first place with a time of 56.68.

First year Jack Lindell also managed to swim to an NCAA provisional qualifying time in the 400 individual medley with a time of 4:02.73.

On the women’s side, the Big Red were able to maintain a lead throughout a good majority of the meet. A number of the nine first place finishes were pivotal for ensuring a Big Red victory.

Willingham had an impressive finish in the 200 yard freestyle, giving the Big Red pivotal first place points with a 1:56.19.

A number of other swimmers had successful afternoons, including first-year Campbell Costly had a dominating 500 freestyle swim, capturing an NCAA provisional time of 5:02.95.

Both the men’s and women’s teams take a break from competition for quite some time following these victories. They will swim in the Miami University Invitational ,to be held Dec. 5-7.

The Big Red still have quite some time before NCAC and NCAA Division III Championships, where the Lords undoubtedly will be waiting to take revenge.  If history has any say, the Big Red will most definitely be up to the challenge.