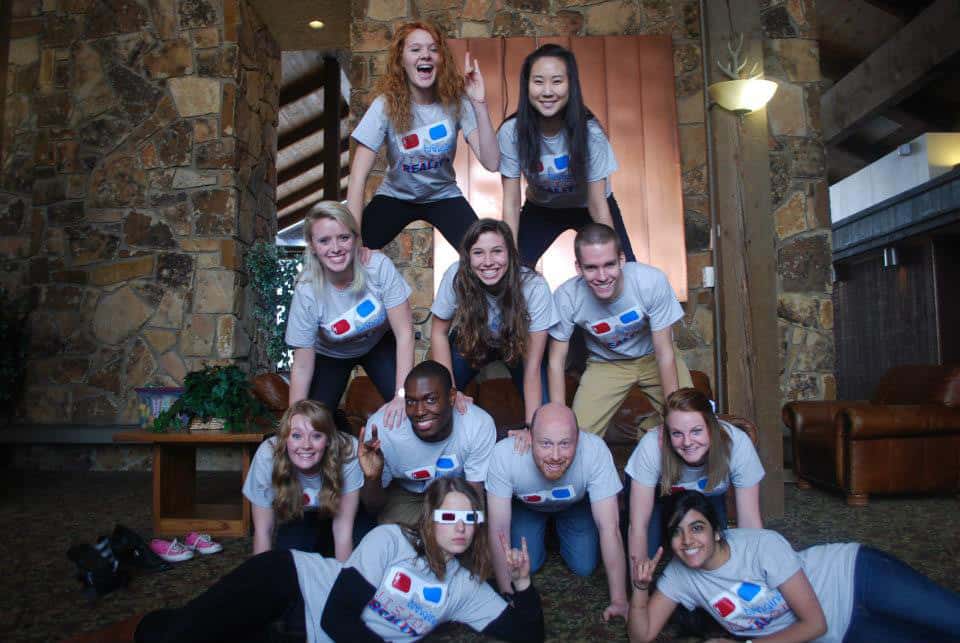 Each January for about five years, about 70 Denison students and several faculty hop on coach buses to participate in an off-campus week of leadership development. But for each participant on that bus, there was another student who had not been accepted. Until now.

This year, Denison’s Leadership Fellows have decided to expand their LeaderShape program to include another whole session. The change was precipitated by an unprecedented 146 applicants for 70 available seats. The first LeaderShape will still be offered during the last week of winter break, while the second LeaderShape will take place during spring break.

LeaderShape is a weeklong leadership development program originally developed by Alpha Tau Omega, an undergraduate fraternity, who expanded their program to non-brothers and created The LeaderShape Institute. The Institute partners with 80 American and international groups to offer the program. Most partners are colleges and universities like Denison, while some partners are companies like Motorola or international locales like Qatar.

For the program, students are split into “family clusters” of nine students and one Denison faculty or staff member. The entire community is led by two coordinators from the national Institute who are new to Denison each year.

This year will mark Denison’s thirteenth year of partnership with LeaderShape.

The Institute recommends a maximum number of 60 participants, according to Director of Campus Leadership and Involvement, Natalie Pariano. Denison has pushed this number with 70 seats for many years. Lauren Tyger ‘14 and Emma Bosley-Smith ‘15 will be leading LeaderShape’s winter session. Megan McCormick ‘15 and Meghan Pearce ‘16 will be leading the spring break session. All four are Leadership Fellows.

Pariano attributed this new rise in popularity to the strength of the program. “People tend to enjoy the program,” she said. “It’s a great place to meet new people and be exposed to new people they wouldn’t generally meet, even on a small campus like ours.”

McCormick agreed. “There’s just an environment at LeaderShape in creating a unique space for people to talk about social change, change on campus, change they want to do post-graduation…and so I think, because it creates that space so well, people come back renewed.”

“This is a really beneficial program for the people who already go in winter break,” she continued. “When we started reflecting about how many people would miss out on this year’s opportunity, we started thinking of other ways we could provide it to them.”

Pariano said the concept for a second LeaderShape session came out of a conversation with Vice President for Student Development, Laurel Kennedy. Together they approached alumnus Sandy Thompson ‘59, who is the head of a fund reserved for leadership programs.

“Sandy is a great supporter of LeaderShape,” Pariano explained. “He’s been a guest leader several times. We told him about a second session and the numbers, and he was blown away, and he’s like, ‘This is exactly what this money should be used for.’”

Pariano said that applicants who were not admitted to the winter LeaderShape will have “first dibs” on the spring LeaderShape. She also thinks that the spring break timeframe will allow those students who are already busy during the last week of winter break, such as winter athletes, members of Habitat for Humanity, and some Resident Assistants, to attend a LeaderShape session.

“What we’re trying to do is do some outreach to these folks,” she explained. “Here’s your shot, and we really want you there.”

Regarding possible vacation conflicts with the spring break timeframe, Pariano said, “Some folks want that time to break away from campus, but this is an opportunity to break away and engage in a different way. Clearly it’s not as relaxing like going to… Florida, but I do think it is a break from the classroom atmosphere and kind of the overwhelming hustle and bustle we… get caught in here.”

Due to a technical mixup with winter LeaderShape applications, Pariano was unable to report the number of spring applications as of press time.

A school of Denison’s size, McCormick said, rarely even has a partnership with the national LeaderShape organization. To have two sessions, she said, “is really unique… for a school of our size.”

McCormick explained the basis of selection for LeaderShape, “We want a room of people who are invested in the program… People who will bring a passionate and unique voice to the table are really important.”

“I think now more than ever… students are starting to think more about making change and creating change,” she continued. “In that sense, it’s a huge cultural shift. I think…in striving forth to make choices at Denison and then post-Denison that are more social change oriented…is something I’ve seen greatly in my three years here.”