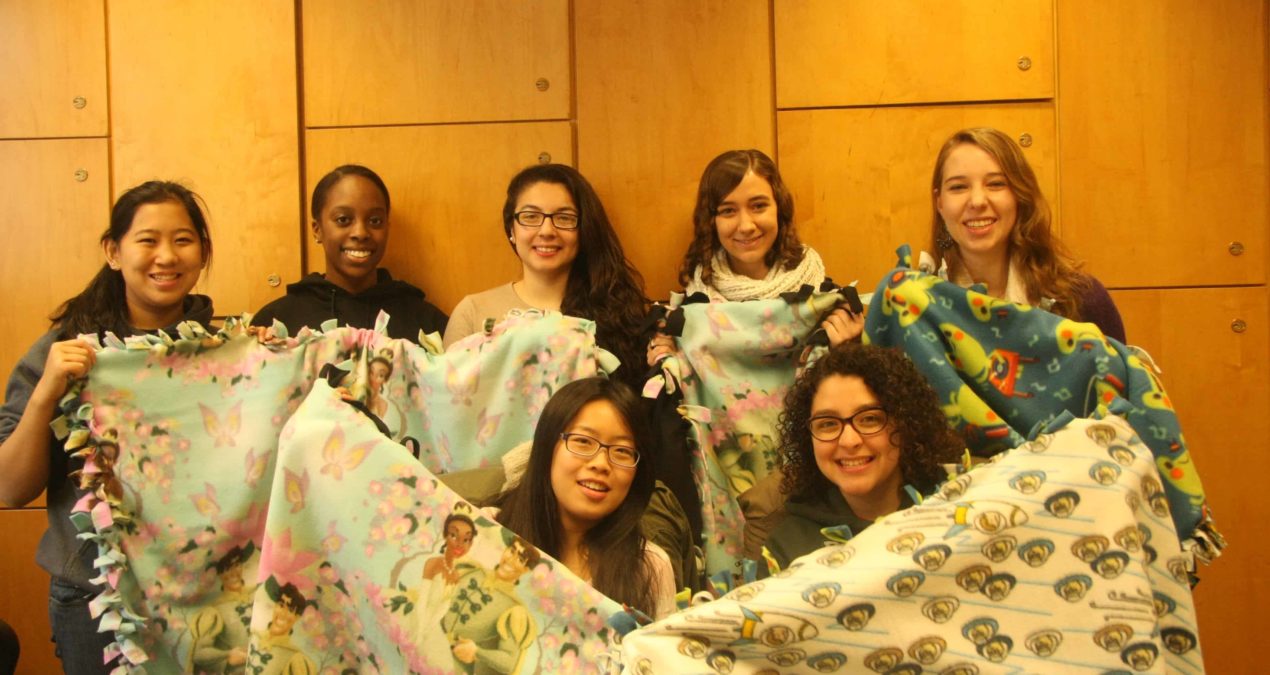 Participants volunteered with the Salvation Army, The Haven, and Spark.

In addition, students stocked over 100 backpacks with school supplies to give to Ben Franklin Elementary, a low-income school in Newark, made and collected at least 30 blankets for the Salvation Army; went door to door in the snow collecting items for the Humane Society; and organized a blood drive, which is scheduled to take place on Jan. 28 with at least 40 participants.

The MLK Day board also received a grant of 600 dollars from the university to fund the backpacks that are designated for students at Ben Franklin Elementary.

Last year, students volunteered on MLK Day by participating in a service fair that took place primarily in the library. This year, however, Susie Kalinoski, associate director for the Alford Center for Service Learning, and other members of the MLK Day board gave participants the option to volunteer at eight different locations, including off-campus; doing so allowed participants to have more choice in how they commemorated the holiday and allowed the organizations to “choose how the volunteers helped them.”

Kalinoski said this year’s MLK Day of Service was “pleasing” because they “received a large amount of volunteers.” She continued, “We usually get around 120 volunteers, so there were more participants than usual this year.”