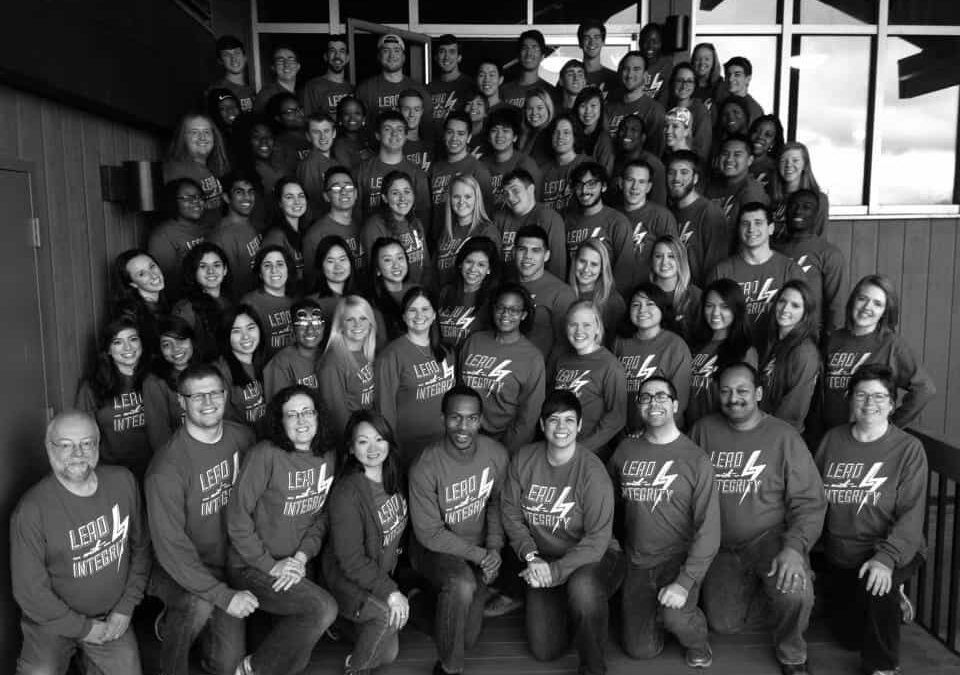 A few lucky students arrived on campus this semester with tales to share with their peers their recent enlightening self-discoveries and changed outlooks on life thanks to The Leadershape Institute, which took place from Jan. 13 to Jan. 18 at Salt Fork State Park Lodge in Lore City, Ohio.

According to junior Emma Bosley-Smith, leadership fellow and one of the on-site coordinators of the LeaderShape onference, 65 students, 7 faculty facilitators, and 2 leading facilitators participated in this year’s Winter Leadershape session. Senior Lauren Tyger was the other on-site coordinate.

According to its website, the goal of The LeaderShape Institute is “to transform the world by increasing the number of people who lead with integrity and have a healthy disregard for the impossible.” The theme for this year’s session was entitled “Lead With Integrity.”

Bosley-Smith said that participants began every day of the conference in an open dialogue about a different subject matter, and then they would break off into groups of about ten with one faculty member to have more intimate conversations about the topics previously introduced.

She added, “Apart from sharing experiences and listening, students participated in simulations, engaged in low-ropes challenge courses and practiced reflection.”

Bosley-Smith said that being part of Leadershape as an on-site coordinator was different than as just a participant, but each was equally rewarding. She said, “It was wonderful to get the opportunity to facilitate a similar experience for other students.” After the first day of the conference, she said she remembers thinking, “I have never been prouder to be a Denison student.”

Student participants of Leadershape shared Bosley-Smith’s admiration for the program as well. Junior PPE major Jackson Wu-Pong said, “the program gave each participant the tools and knowledge to utilize those skills in the future, and also provided an arena for practice. I look at the myriad ways that leadership can be practiced differently because Leadershape is designed to prompt that exactly.”

Similarly, sophomore Keylee Jones said, “LeaderShape was an unforgettable experience that has impacted the way I approach life. It not only helped me to find my vision to change the world, but to believe that it could come true if I only continued to ‘have a healthy disregard for the impossible.’”

As previously reported in The Denisonian, as a result of the large amount of applications the LeaderShape Fellows received for Winter LeaderShape, they are organizing the first Spring LeaderShape that is scheduled to take place during Spring Break from March 17 until March 22.

From Denison to the presidential inauguration in D.C.