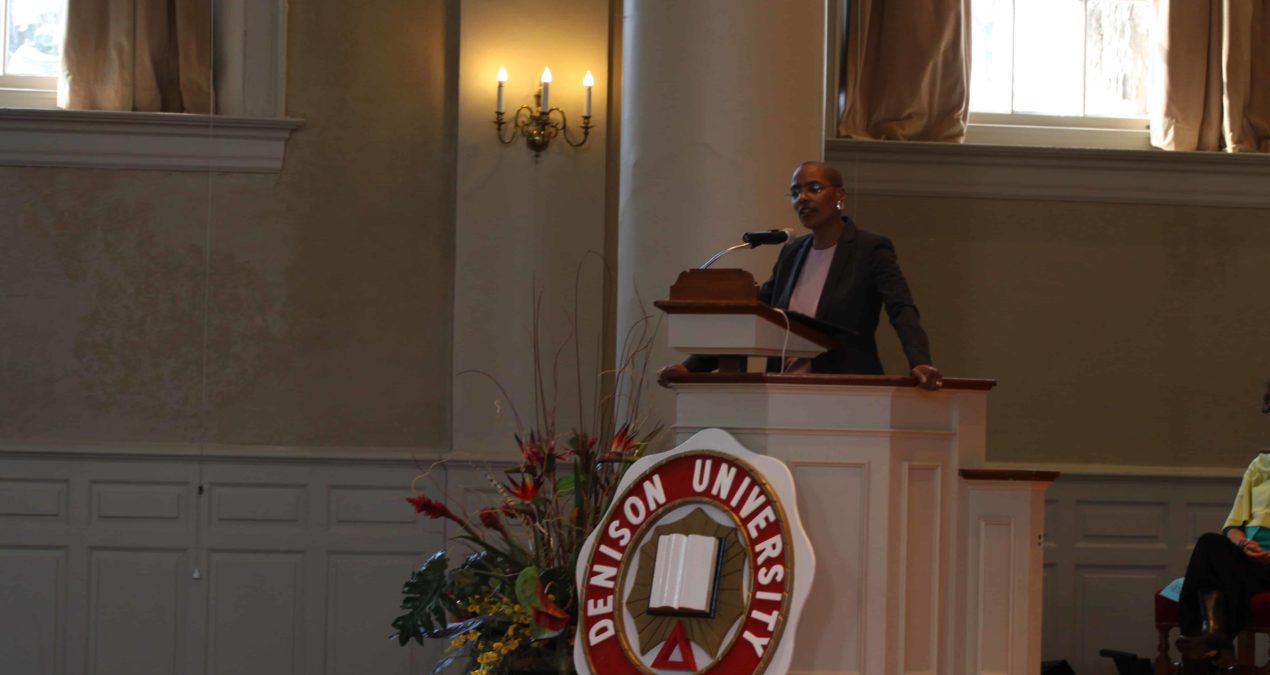 Denison alumna Kelly Brown Douglas ‘79 received a warm welcome back to her old stomping grounds yesterday when she gave her speech, “King’s dream in the age of Obama.” The Swasey audience was at full capacity for Douglas, who majored in psychology at Denison and received her doctorate from the Union Theological Seminary.

Douglas’ speech started off by paying homage to Rev. Martin Luther King Jr., who she says has been “integrated into the American story.” In her recognition of King, she made sure to include the work and words of others, such as Abraham Lincoln and W.E.B. DuBois, the latter of which she used to illustrate a conflicted America, with its “two warring ideals.”

But Douglas, like many others, posed the question of whether or not King’s dream had come to fruition. “Is it a dream fulfilled, a dream deferred, or something worse?” Douglas asked. Throughout the second half of her speech, Douglas analyzed the Obama presidency, and whether or not it was a signal “of post-racial America.”

She concluded that while a post-racial America might be ideal, “it is not a part of our social and political reality.” Douglas pointed out economic disparities between blacks and whites, and added that these modern day disparities were a result of past injustices. She quoted Charles Mills, who wrote of a “racial contract” that asserted that the social contract excluded non-whites from resources and opportunities.

Douglas used President Obama as an example, saying that people “wagging their fingers in his face, questions of his citizenship and ridiculing his Nobel Peace Prize” were all evidence of racialized politics.

The theme for this year’s celebration of MLK Day was “Call and Response.” After getting the crowd to recognize the call, Douglas spent the conclusion of her speech urging the Denison community to respond. “At Denison you a privileged to have the opportunity to be in a community of learners,” she said.