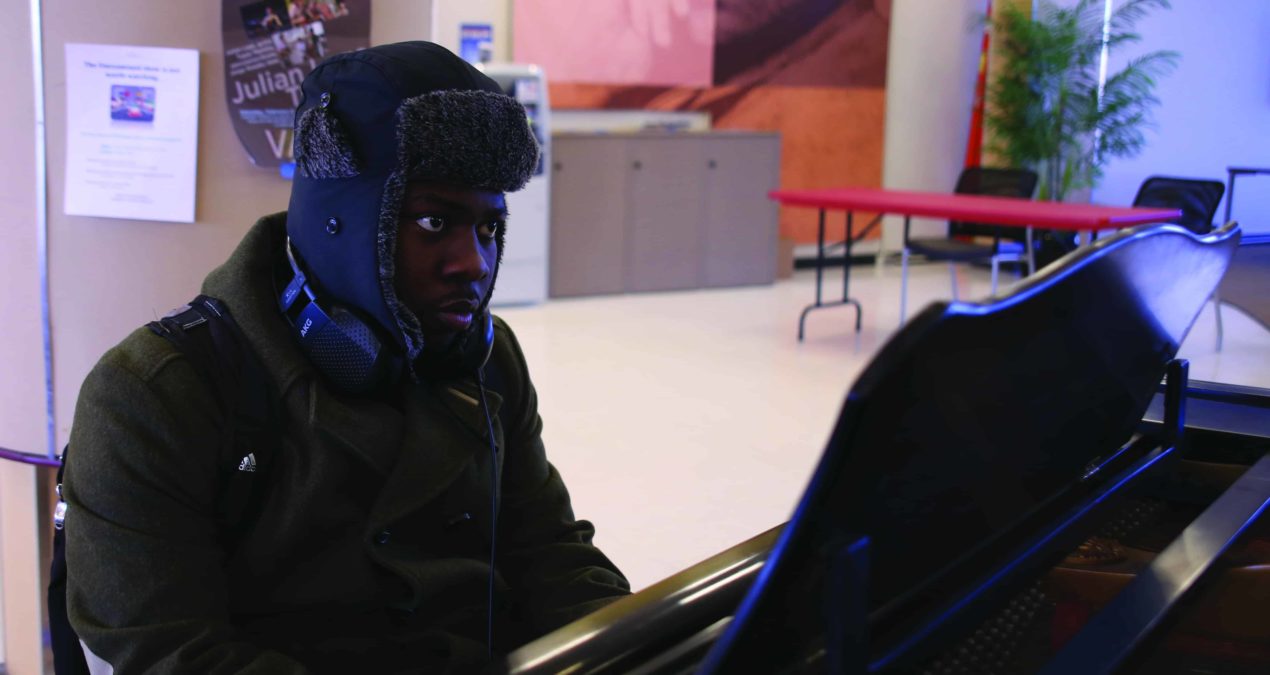 By Shakia Asamoah, Special to the Denisonian

This past winter break, two Denison students caused a stir on social media with the release of a mixtape entitled Memoirs. The 35-minute debut is the brainchild of MC Najee N. Rollins ‘15, who goes by the stage name SHDW, and is produced by Krishonya V. Rogers or LDQ Musik. The tape gives listeners a peephole into the personal experiences of the MC with cleverly constructed lyrics and several well-placed cultural and political references.

The tape opens with a Malcolm X quote urging listeners to be more proactive about the struggle for freedom. This sets the tone for the listener to go on a musical journey laced with several messages about freedom, religion, race relations, masculinity, and heartbreak, among other things. When questioned about his motives and intended audience, SHDW stresses that the tape was created for “all people that are willing to listen” and urges listeners to pay close attention to the messages in his music. “If you can, write the lyrics down and read as you listen to get a better understanding,” says the MC about his work. SHDW and LDQ spent over two years working on this project, bouncing ideas back and forth and constantly working, writing and creating new beats. Although not an easy process, the creators were determined to stray away from a lot of mainstream Hip Hop and create music that deliberately addresses important social issues through the specialized lenses of their own experiences.

Rogers describes her experience working as a female music producer in Hip Hop as a rewarding one, although it did not seem to be an anomaly to her. The duo believes that their work will create a valuable change in the industry, which has traditionally not celebrated female talent as much as male talent. They intend to continue working together on future projects. A future project is in the works with a tentative release date in April or May. They promise more music with a wider variety of topics and better material, declaring that Memoirs is only the beginning for them. They encourage everyone to take a listen and not be afraid to approach them around campus with reactions or just to say hello.

Memoirs can be found on HotNewHipHop.com or through their individual Facebook pages: facebook.com/LDQMusik and facebook.com/SHDWmusic