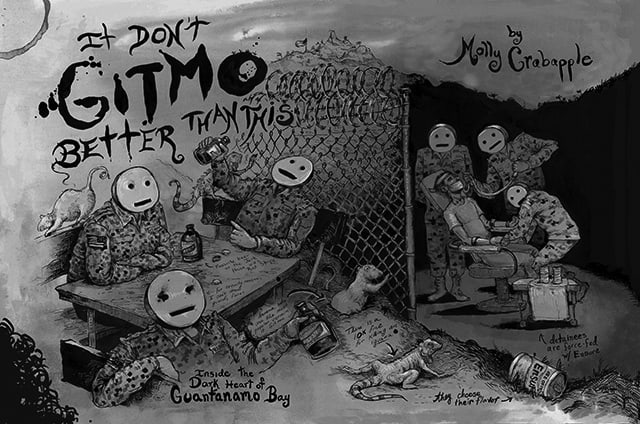 Ever feel isolated on our beloved Denison hill, separated from the real world by college life? The Human Rights Film Festival, which kicks off this evening, provides a solution by giving witness to human rights problems nationally and globally.

“The purpose of the festival is to engage the Denison community with human rights issues in different parts of the world,” according Isis Nusair, an associate professor of Women’s Studies and faculty advisor of the event.

The films are selected based off of the list of films used in a similar festival put on by Human Rights Watch. According to Nusair, “They [HRW] choose 10-20 films after the festival is over and make them available to communities across the USA as part of their traveling film festival.” From these, a committee of International Studies professors then chooses the lineup that Denison will show.

This year marks the first festival that involves involvement from student organizations. At least three of the five films have been sponsored by a Denison club that will lead the discussion after the showing with the help of a faculty member. For example, the film “An Unreal Dream – The Michael Morton Story,” a documentary about the death penalty in Texas, is being sponsored by Amnesty International.

Lisa Torio, a junior philosophy/political science double major from Tokyo, Japan and Amnesty International club president, said she likes the movie because it “really describes how broken our system is.” She said the goal for this movie and for the festival as a whole is to educate and mobilize the untapped group of justice-seekers at Denison: “Denison is really full of people who work for justice and have a really strong sense of justice… but we’re really ignorant about [issues] like the death penalty.”

“There’s so much potential,” Torio continued, “As a campus we could do a lot and make a lot of changes.”

This is the first year the festival is also incorporating lectures. “Beating a Sword into a Plowshare, Circa 2014 Common Era” by Dr. B. Welling Hall from Earlham College, for example,  “focuses on the processes of learning artistic skills and techniques used to transform weapons and remnants of weapons into functional, beautiful objects and tools,” stated Nusair.

The second lecture, from Dr.Lisa Hajjar from the University of California at Santa Barbara,  “Let’s Go to Guantanamo! An On-the-Ground Perspective on the 9/11 Trial,” “will offer a first-hand perspective on what it is like to go to Guantanamo,” and discuss the military trial of those accused of planning the 9/11 terrorist attacks.

Torio hopes the addition of the lectures will help to transform the human rights festival into more of a “Human Rights Month.” The event leaders are seeking to continue this trend of creating a student movement that involves more than just films as the festival enters its 10th anniversary next year.

The festival begins tonight with a showing of “The New Black” at 7 p.m in Slayter Auditorium, followed by a discussion lead by Golden Z. The other films will be shown one per week every Tuesday at the same time and venue, and lectures will be Feb. 20th and March 26 at 4:30 in Burton Morgan Lecture Hall.