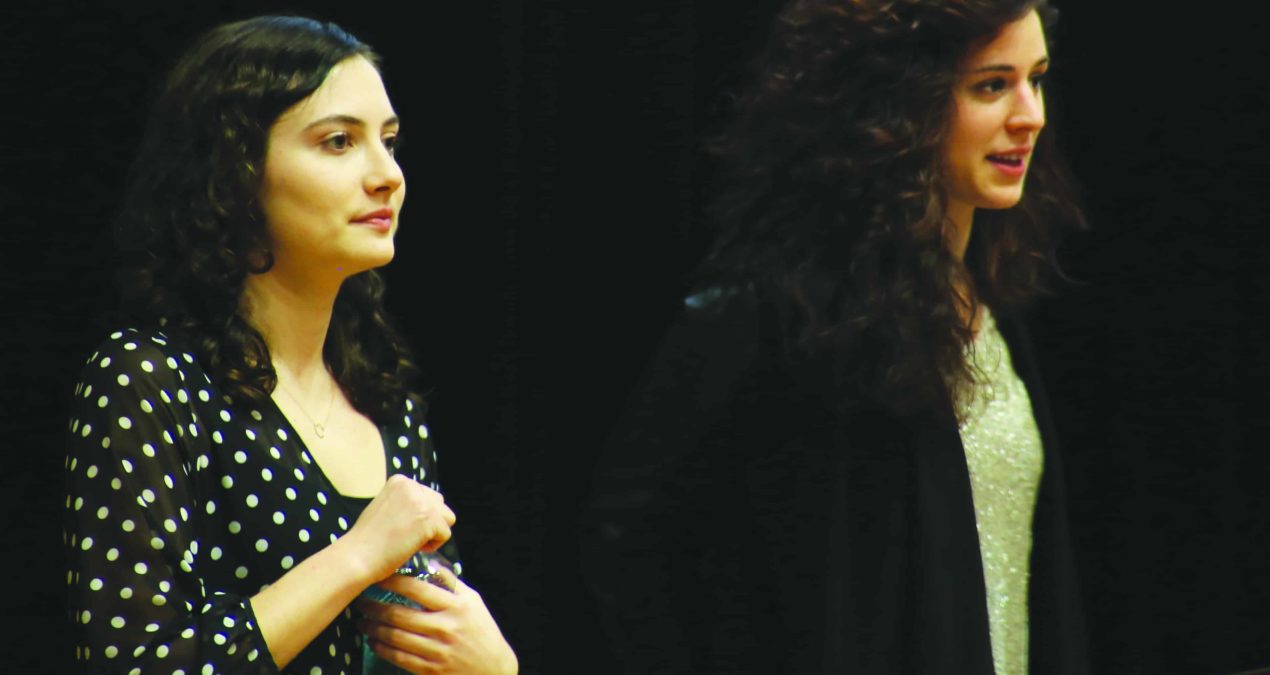 Grace Brown came to campus on Feb. 6 to present “Project Unbreakable” alongside her friend and colleague, Kaelyn Siverski, a sexual assault survivor.

Brown started Project Unbreakable in 2011 when she was just 19 years old. Over the past two years, Brown has photographed over 500 survivors and has received over 2,000 submissions.

When Brown was in high school, she said she met a girl who had been sexually assaulted. It was then when she decided that she wanted to become a sexual assault counselor.

After high school, however, she developed a passion for photography and decided to move to New York City to pursue her new dream. While she was there, she was out with a few friends when Brown said the young woman confided in her that she has been sexually assaulted.

After hearing this young woman’s testament, Brown decided to combine her two passions and created Project Unbreakable, which takes pictures of both women and men holding up signs that contained messages from their attackers, family members, friends and other people.

During their speech, they showed some of the pictures they have taken over the past couple of years. The messages from the survivors ranged from phrases from their attackers to expressions of joy from the survivor or a loved one for having the experience put behind them.

For example, a female survivor wrote on her poster that her attacker said, “it’s cute how you try to resist like that.” Another survivor, on the other hand, wrote that her boyfriend recently told her, “You are so strong. I am so proud of you.”

Siverski said that their presentation here at Denison was Brown’s 30th speech, but she has 15 more speeches lined up for this semester at colleges and universities all over the United States.

Brown said she believes that being only 21 years old allows her to continue to think creatively in making students all over the United States more aware about how sexual assault can impact the victim.

Students who attended the speech thought that Brown seems to have achieved her goal. Senior sociology/anthropology major and co-president of SHARE Lisa Huffman from Ohio said, “I was very inspired by her presentation, and I experienced a lot of emotion. I had a saddened and heartwarming feeling afterward because the subject was sad, but it was amazing to see so many people come together for something important.”

Brown emphasized in her speech that it is important to make sure consent is given when engaging in sexual activity. She said, “consent is not the avoidance of the word ‘no.’ It’s saying ‘yes.’”