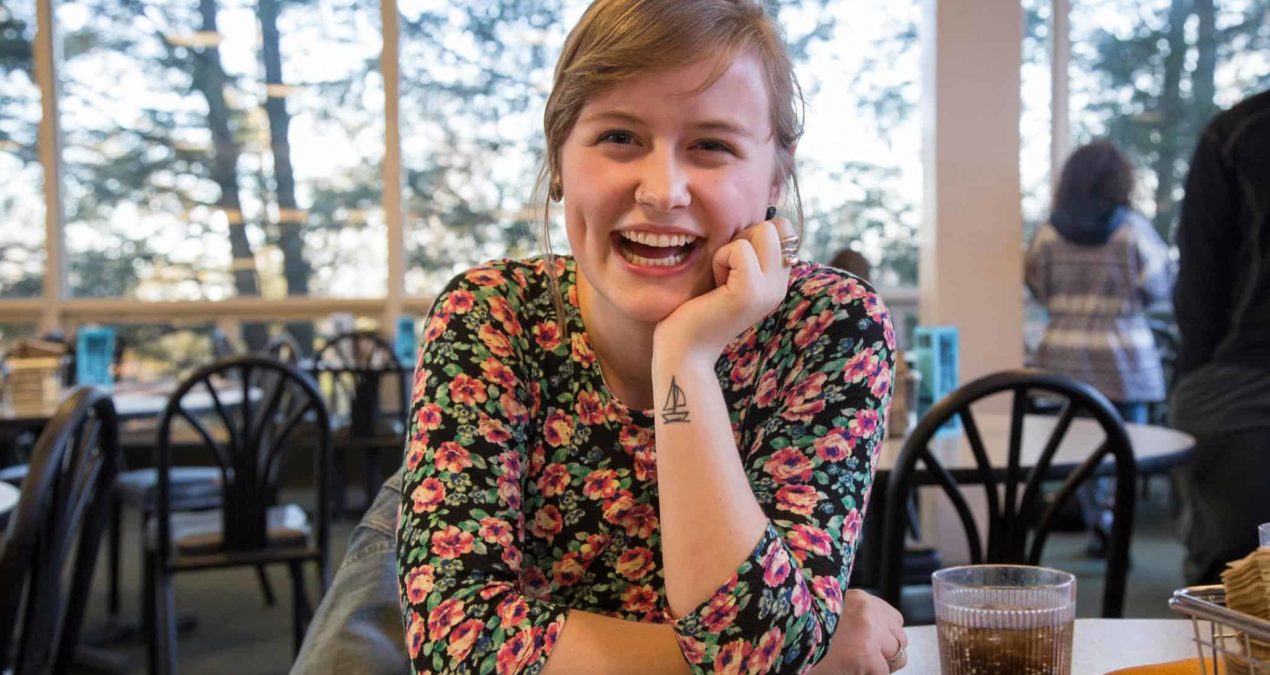 When students logged onto Facebook a couple weeks ago, they found a new Denison-related page circulating around the Internet: Humans of Denison. Jenny Kim ’16 from Seongnam, South Korea, Asesha Dayal ‘17 from Mumbai, India and Ridhem Seth ’17 from Calcutta, India, founded this page because they are all fans of the Humans of New York page. Dayal said they wanted to start something similar on Denison’s campus.

Unlike some other pages that have gained popularity on the Internet, however, the purpose of this page is to put a story behind the faces of students around on campus. Kim said, “we wanted to give some information behind some of the people we all see every day.”

Dayal said that, in order to get the content and pictures for the page, the three managers gather together to cover specific segments of campus per day. She continued, “we notice something unique about [the interviewees] and ask them questions. If they’re doing something, we just ask them what they’re doing.”

Seth said that when they find a subject to interview, they simply have a conversation with them to find something interesting. He said, “we record everything they’re saying and quote the thing we find most interesting. We look for something short, yet impactful.”

In addition to interviewing students in their everyday lives, they also cover specific events. For example, they said for Hijab Day a couple weeks ago, they specifically looked for students participating in Hijab Day to interview for their page.

The founders of Humans of Denison received a lot of unexpected attention for their Facebook page. Students from the College of Wooster, for example, created their own “Humans of Wooster” page three days after the Humans of Denison page was created. They then messaged our own trio on Facebook for tips on how to run their own page.

In addition to this, they have also received positive feedback from Denison alum. Kim said, “we’ve gotten messages from alumni who appreciate feeling connected to the school.” She said that the page has acted as a medium for connecting members of the Denison community who are on campus, abroad and already graduated from the University.

Photo courtesy of Humans of Denison