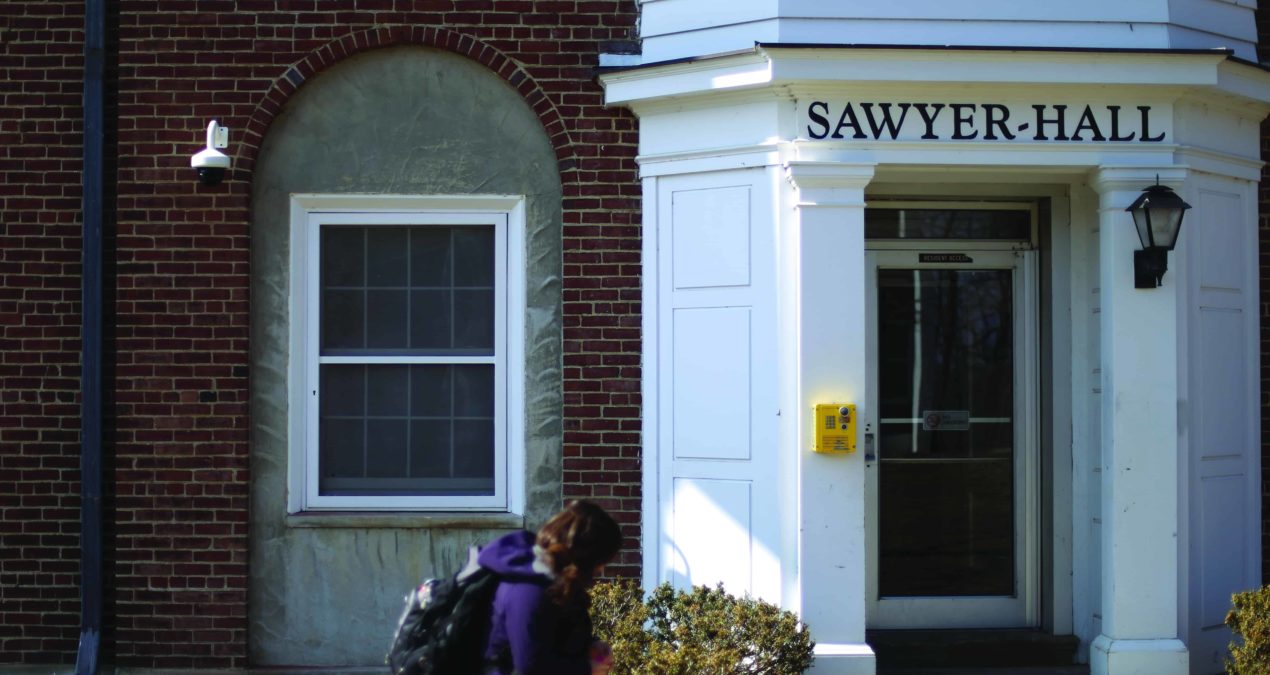 Something’s different about East Quad. Late last week, the administration had cameras installed surrounding some of the residential buildings, such as behind Shepardson Hall and in front of Sawyer Hall.

Director of Safety, Security and Risk Management Garret Moore said, “There was a formal request for funding for cameras on the exterior main residential quads several years ago. There became a greater need after several unusual incidents, such as the Beaver Hall Arson by the Wingless Angels and other serious violations.”

Some students have expressed concern that these cameras will infringe upon privacy rights of students. Moore said that this is not the purpose of the cameras as they will only be outside of residence halls. In addition, he said, “the cameras will likely not be monitored but reviewed when we have a report of a violation that might help with an investigation.

Students are concerned with the fact that the administration began putting up cameras without even telling the students. Tempestt Battle ’15 from Orange, New Jersey, said, “it seems inconsiderate to not address the student body about the cameras.”

Moore said that they were planning to wait until after spring break, when the installation of the cameras will be complete, to tell the student body. “The process seems sketchy to me,” said Imani Abernathy ’16 from Chicago, Illinois.

The administration plans to also put cameras up on West Quad, but not North Quad, South quad and around the senior apartments. Abernathy said, “it doesn’t make sense to only put them on east and west quad if they are going to install them.”

The cameras will be up-and-running when students arrive on campus after spring break.

Some dissatisfied with DCGA proposal process