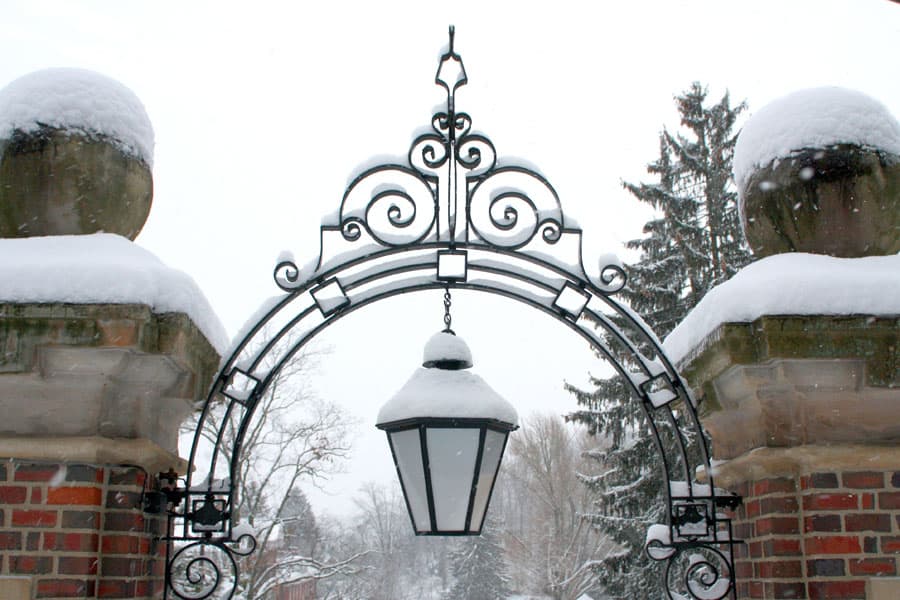 Are we captive to catchphrases?

Do we use catchphrases as a catch-all? We use terms like “community” and “dialogue,” and we pretend our problems will be solved if we can just “raise awareness” and “reach out” to the people around us. Are these phrases just an excuse for laziness?

There’s nothing wrong with the Denison “community,” but as people, we do have problems. The Denison “community” is made up of the groups who accumulate for socially acceptable events that blend our cliques and give us photos pretty enough for postcards. But Denison also is the drunken freshman who doesn’t learn moderation until he visits Whisler, the sorority sister who flies around campus at breakneck speeds after Bid Day. Denison is the girl in the elevator who told a freshman he could never get an A in a Black Studies class because he was white and male. Denison is ugly sometimes.

And our words weaken us. They keep us from really “communicating,” if you will; our long and cliché words don’t allow us freedom to talk about reality.

English is a bastard language. As I learned last semester, modern English was born when the French language and nobility were forced upon the Anglo-Saxon natives of England. Since then, we’ve stolen words from Latin, Greek, and every other language under the sun.

The Anglo-Saxon words, my professor said, are seen as simpler. Our profanity has come down from these harsh, consonant words. Longer, more Latinate words are seen as educated, and have been, ever since the French nobility liked the smooth sound of their own tongue over the staccato tones of the land they overcame.

Academia, the modern nobility, keeps this preference for long words. The more specialized a word is, the more elaborate and specific a word is, the smarter the person speaking it must be.

This isn’t productive. To fix problems, we need to be able to come together in a very solid, practical way. We need to use simple language and be unafraid of the things we say.

The niceties and official statements written by administrators are not the best place to start this honest speech, because they don’t provide an even playing field. They aren’t good enough.

We need to have real conversations with real people. The people working in Slayter can tell you a lot more about Denison’s alcohol culture than Dr. Adam Weinberg. The cleaning staff knows it firsthand. If these truly inclusive conversations are happening, they aren’t visible.

The taste of the word “conversation” falls ill on my tongue. I’ve said it too much, I’ve heard it too much, and it doesn’t work any more. Honestly, I’m afraid of “conversations.” I’m afraid that I’ll drown in the trite turns of phrase used to talk about life-changing decisions and miss the true meaning.

The problem with any discussion of Denison is that it’s complex. Even though we’re in a small community, there are many good and bad attributes, many more than we could ever express in any conversation. But neither of these things—praises of good fixes or problem-solving for bad situations—benefit from language that does more to conceal than to reveal.

I have a challenge: I dare Denison to talk about our problems in words of no more than three syllables. I dare us to look our problems in the face, to call them by name, and to deal with them. I am done with “dialogue” about our “community.” I want to live in an honest environment where our words are not shaped by how we will be quoted or how we will sound in an admissions brochure, but what happens as a result.

Our campus’ relationship with alcohol

Editor’s corner: Overthinking: we need to stop comparing ourselves