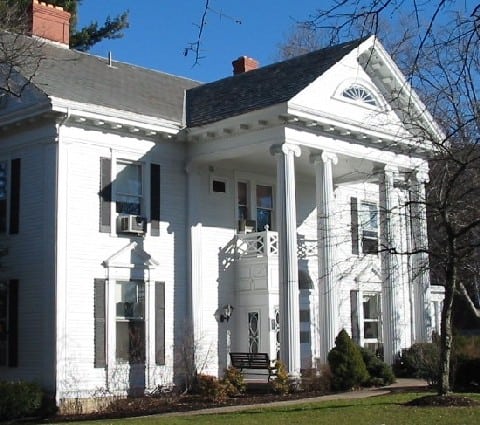 According to the National Association of Independent Colleges and Universities, the 3.6 percent average increase in tuition costs for 2013-14 was the lowest growth rate since the early 1970s. While this realization is clearly a step in the right direction, it is only a drop in the bucket when considering the macro-level trends in tuition costs over the past quarter century and their potentially catastrophic consequences.

The impending surge in the price of tuition for the 2014-15 academic year at Denison University, is rumored to be 4 percent above the already astronomical $42,990 it charged students this year. While it is a fact that a university education is not suitable for everyone, the necessity of a college degree for many careers has placed constraints on the affordability of higher education. The issue of affordability is by no means Denison-specific and has the potential to drastically affect the lives of past, present and future alumni.

In sum, the true value of a college education can be most accurately measured by the return-on-investment it produces for the students. However, the ever-increasing costs associated with obtaining a degree possess a real threat to the very notion of receiving a return-on-investment.

This has led most students to seek additional funding through loans to support their family’s contribution. This has resulted in roughly 60 percent of graduates incurring student loan debt to the average total amount of $26,500 for 2011-12, which places serious repayment responsibilities on young professionals entering a very difficult job market.

The combination of roughly $10 billion of borrowed funds to pay tuition costs and an unfavorable economic climate that is making it difficult for many students to repay their post-graduation debts has the potential to develop into a devastating crisis. The abnormally high rates of default on student loan debts share a number of intriguing parallels with the sub-prime mortgage debacle that preceded the Great Recession.

The root cause of these concerning statistics surrounding student loan debt can be traced back to the obtrusively high tuition costs charged by universities – private institutions in particular. In America, high education costs account for a greater percentage of family consumption spending than in most other developed countries, which can be partially justified by the popularity of collegiate America.

There is, however, no justification for the undue punishment being consistently doled out to future generations in the form of incomprehensible debts and poor employment prospects for recent graduates. While it is admirable to attempt to tackle some of our society’s most disputed issues: immigration, abortion and gay marriage, fixing the problem of higher education financing should be the supreme collective aspiration of our generation because of the immense positive dividends that could result from a solution.

Therefore, it is imperative that we recognize the potentially dire consequences of continuous increases in university tuition costs for both current and future consumers, lest we come to terms with facing a further financial crisis of debt and despair.

This is an issue of paramount importance to every member of our nation and should be tackled head-on with comprehensive, pragmatic solutions that will mitigate rather than aggravate.

Poor on the hill: A message from a low-income student