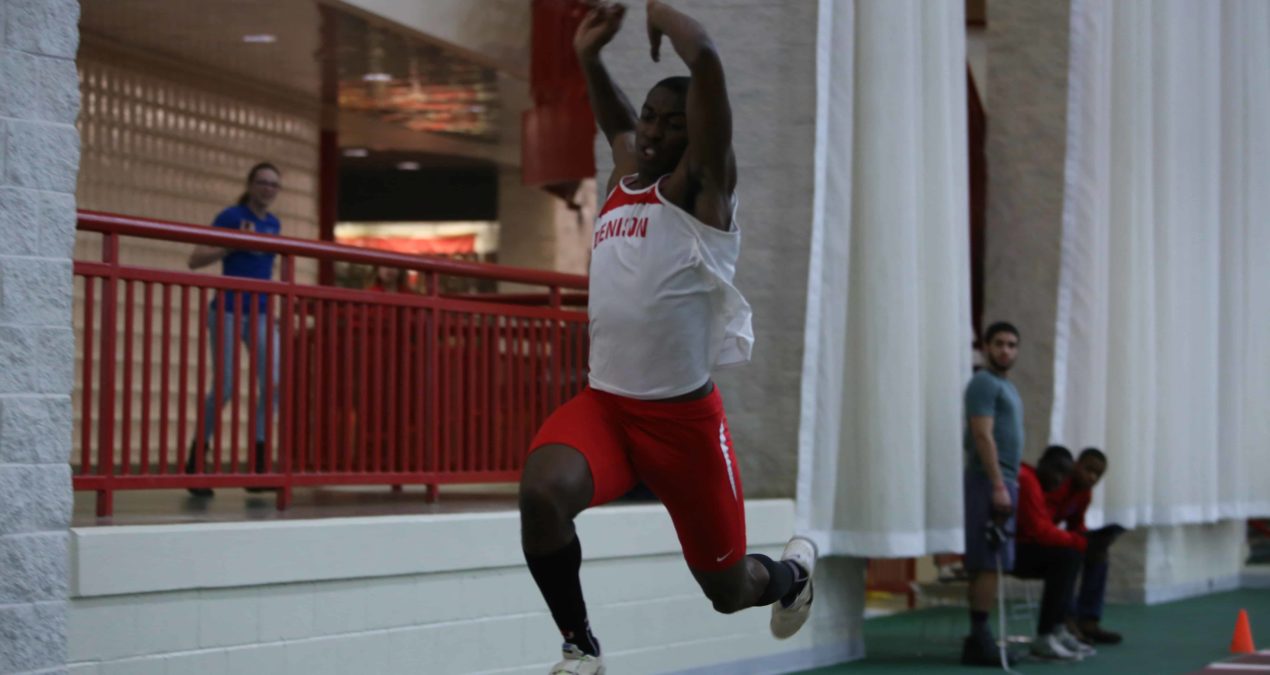 On Friday night, spectators at the Mitchell Fieldhouse in witnessed Wallace Branche ‘16 gain first place in the triple jump. Branche, a native of Charlotte, N.C., gained victory after breaking the school record with a combined jump of 46’9.00”.

It is worth noting that the previous school record, which Branche broke by an inch, was set earlier in the season by Branche himself.

He states, “I felt really excited to break the record again, but not quite satisfied.  Breaking the record is a testament to hard work trumping talent.  And we sure do have a lot of hard workers on the track and field team”.

Additionally, there is one other factor which Branche believes improves his performance.

“I do believe that part of my success is a result of the team’s support and excitement throughout the season.”

He explains that the track and field team has grown a stronger bond throughout the season and this has motivated him to excel.

The night’s highlights did not end there. After clearing 5’8”, Quenton Richards ‘16 placed second in the high jump.

Richards would go on to deliver another silver-medal performance in the 60-meter dash with a time of 7.04.

Richards states, “I felt solid about my performances. It’s always humbling to walk away from an event with a silver medal, but I’m always working towards gold.”

Like Branche, Richards points out the critical role that the team has played in his development this season.

“We definitely did a great job Friday supporting each other in all our events.”

Overall, Richards is proud of the performance of his fellow athletes.

“It’s always the goal to place as many men as possible. Since our team is not as large as some of our competitors in the NCAC, we really have to focus on quality over quantity,”  Richards states.

As Richard puts it, “I think I can speak for the entire team in saying we’re extremely motivated heading into the NCAC Championship.”

Branche predicts: “This weekend is going to go well, and you can expect to see more personal records at the NCAC championship!”