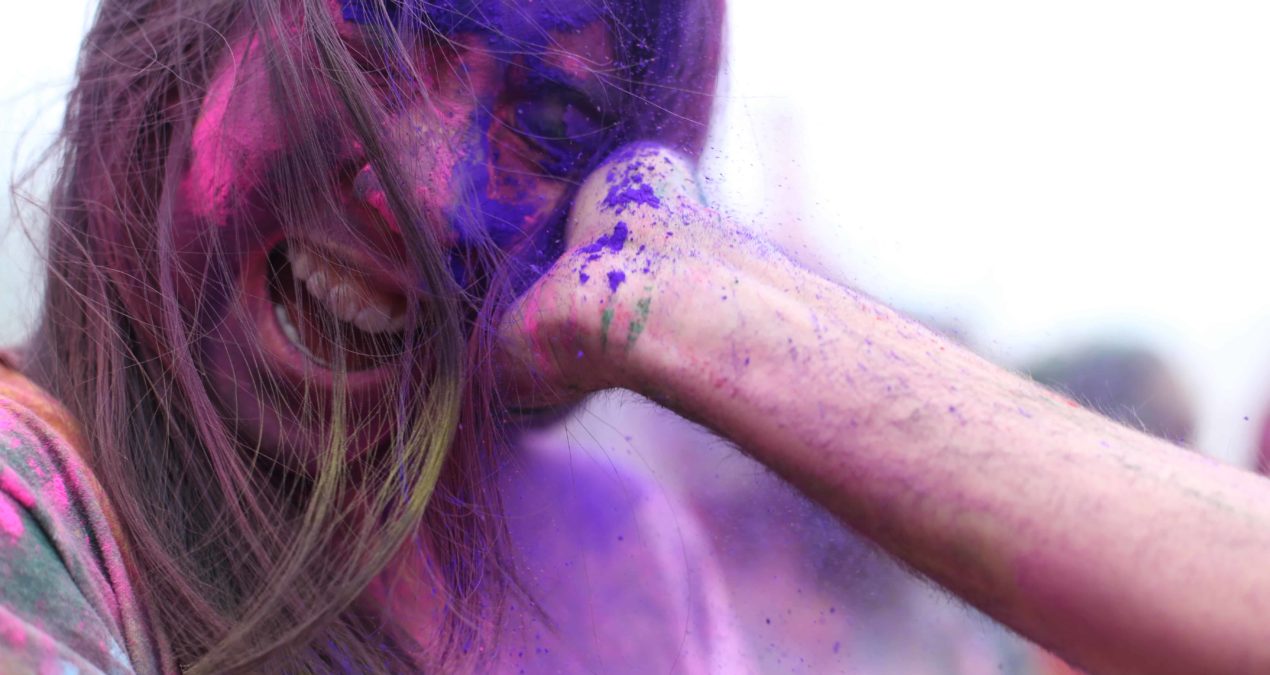 Wind, rain, and below-60 temperatures did not make for a picture-perfect spring day, but that didn’t stop students from enjoying the spring festivities. Aestavalia, Denison’s annual spring festival, took place on April 25, and had students gathering on the second floor of Slayter well before the event.

“The crowds are huge, as expected,” said Benedict Khoo ’16 from Kuala Lumpur, Malaysia. “But I’m still having a lot of fun. There’s a lot of free stuff, which is nice too.”

Ten students at a time were allowed to enter the fourth floor where the first 500 could get a customizable Mason jar. The line for the caricatures moved slowly but every student had a big smile on their face as they walked away with a cartoon rendering of themselves. The henna table also attracted a lot of students, all of them getting intricate designs on their hands from professionals. A table holding animals ranging from snakes to hedgehogs also took up a segment of the Roost, where students allowed the animals to crawl over them.

“[Aestavalia] was great,” said Elysse Jones ’16 of Cleveland, Ohio. “I really liked the animals, that was fun.”

The second floor of Slayter was home to the ever-popular tie-dye station, and this year students could also create their own chalkboards, allowing students to take home several momentos from the event.

Meanwhile, outside, the Holi festival had started. Holi is an Indian spring festival which celebrates the symbolic triumph of good over evil and signifies the change from winter to spring. It is celebrated with color powders and water, but due to the cold weather, participants refrained from the latter. Despite the weather setbacks, Holi began with an explosion of powder and within moments, every student participating was caked in color.

By the end of the event, the grass looked like a battlefield, bearing the mark of where the festival of color had occurred. Every student that walked away from the celebration wore their colors like battle scars, laughing as they joked about washing it out in the shower.

“I was unrecognizable by the end!” said Jasmine Punihani ’15 from Haryana, India. “But it was great fun!”