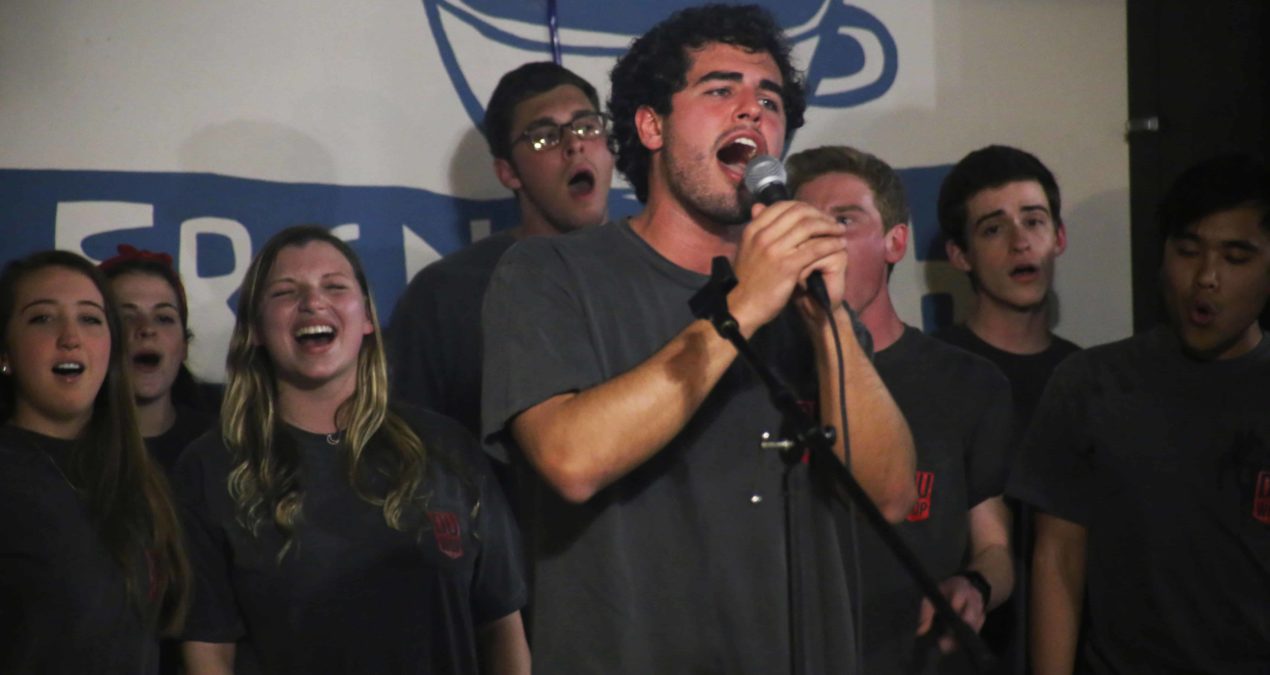 The Bandersnatch was bursting with an impressive crowd as DUwop took the stage for their spring concert on March 31, ready to debut new material as well as throw in old favorites.

The evening began with a rendition of “Breakfast at Tiffany’s” by Tommy Ball ‘15, which kicked the show off on an upbeat note. The lively mood was kept up by Hank Tran ‘17, who led the group in a silly but oddly funky version of “Ignition.”

The medleys for which DUwop are so known also made an appearance, with the first batch coming from Michael Jackson’s catalog, including “I Want You Back,” “Wanna Be Startin’ Somethin,’” and “Thriller.” The medley ended with a remarkably powerful version of “Man in the Mirror” led by Luke Belechak ‘14.

The second round of medleys was Disney-themed, with “Hakuna Matata,” “I’ll Make a Man Out of You,” “A Whole New World,” and “Part of Your World” all part of the repertoire.

The Little Mermaid’s “Part of Your World,” performed by Emily Schultz ‘16, was particularly strong. Chris Morriss ‘14 conveyed both whimsy and the song’s original “manliness” during his rendition of “Make a Man” (from Mulan).

Schultz also debuted Adele’s “Make You Feel My Love,” and was accompanied by Belechak, Tran, Jon Sullivan ‘17, Elie Weber ‘17, and Matt Harmon ‘16. This was arguably the highlight of the evening, as all members offered unique vocal strengths that served the already beautiful song well.

Another stellar Adele cover came from Samantha Grosslight ‘16, who blew the crowd away with “Rumor Has It.” Grosslight’s sultry alto suited the song perfectly, and her personality shone through as if the song were her own.

The show ended as energetically as it began, with Grosslight and Allie Colina ‘14 joining forces for Lady Gaga’s “Born This Way.”

The other members provided sublime backup vocals as Grosslight and Colina bounced the lyrics back and forth, making for a fun but polished sound.

“I thought it was amazing! It was funny and really cute,” said Kristen Edwards ‘15, a philosophy and psychology major from Dublin, Ohio.

“I especially loved the Michael Jackson mashup,” added Edwards. “It’s a crowd favorite. I thought it was so good!”