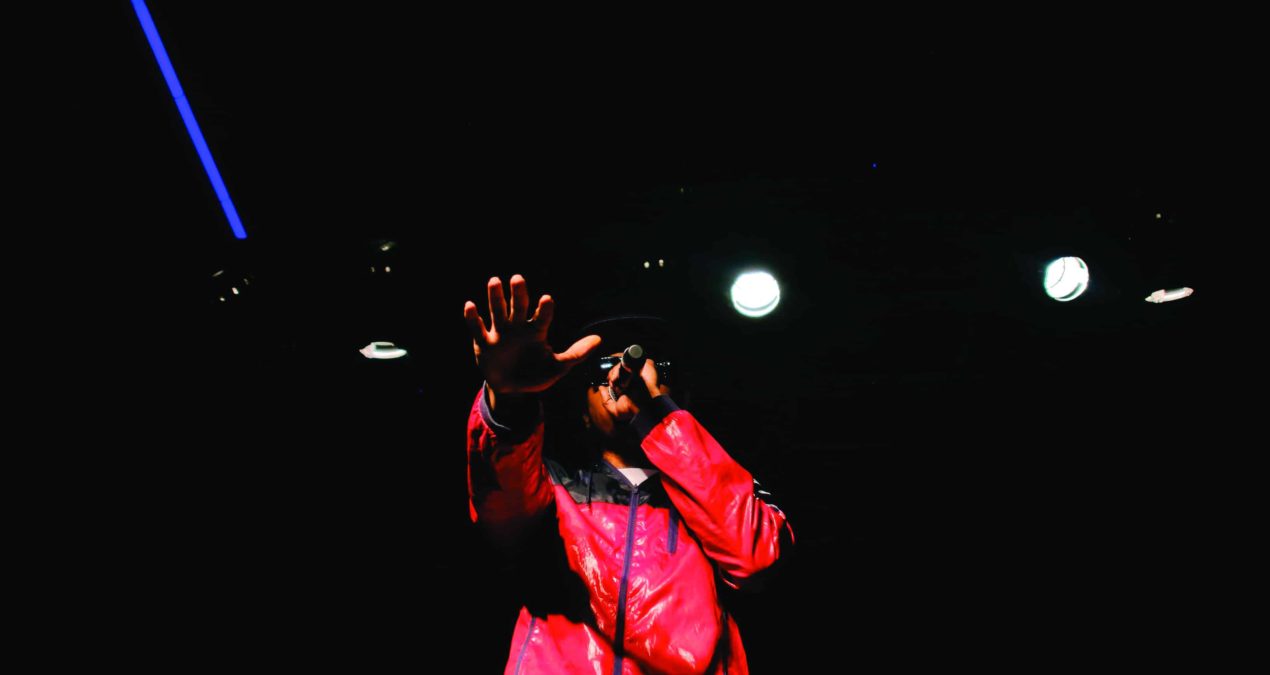 Thirteen years after its founding, the Culture Jam legacy lives on.

From talking seriously about diversity issues at Denison to celebrating different cultures at a fashion show, this year’s annual Culture Jam had it all. Culture Jam is an annual week-long event that occurs in April to “give the opportunity to celebrate cultures that Denison students don’t always see,” said co-chair Shakia Asamoah ’14 from Worcester, Mass.

The event, which started out as a UPC event but was later given to the Black Student Union to organize and execute, took place from March 30 until April 5.

Asamoah collaborated with Brittane Maddox ’14 and Anthony Daniels ’14 from Chicago, Ill. this year to plan the event. Maddox said that she, Shakia and the rest of the Culture Jam committee began planning the event early on in the school year.

Culture Jam kicked off with students celebrating the Gospel Fest last week, which, as reported in last week’s edition of The Denisonian, brought “The Walls Group” to campus from Dallas, Texas, to perform the student body in the Roost.

The week continued with the Diversity and Culture Administrator Panel, which was followed by the Multicultural Apollo Night, a film night, the Multicultural Fashion show, the annual Culture Jam concert – which featured Big K.R.I.T and AB-Soul—and concluded with a community service project in the Big South Newark area. Lucy Yang ’16 works the runway at the “Beauty, Race, and Culture” fashion show in the Roost.

Asamoah said that this year’s Culture Jam “took a step further than the usual events and gave people a chance to engage in other cultures.”

While it was the job of Maddox, Asamoah and Daniels to oversee the week as a whole, several members of the Black Student Union were appointed to help plan each of the events. Maya Zeigler-Washington ’15 from Philadelphia, Pa. and Stephanie Arhin ’14 from Ruston, La., partnered up to spearhead the planning behind the Diversity and Culture Administrator Panel. They found the event to be helpful to create dialogue between students, professors and administration about diversity on Denison’s campus.

The panel—which featured Laurel Kennedy, Marcy McCauley, John Davis and Toni King—allowed students to have the “hard conversations” that Zeigler-Washington said should be had on a regular basis.

What surprised and pleased Zeigler-Washington the most about this event, though, was that students who attended the event in the completely full Shepardson Room really drove the conversation. Ziegler-Washington said, “We only prepared four questions to break the ice, but the students really took it upon themselves to create the dialogue.”

But Ziegler-Washington and Arhin’s event was only one of the events that brought conversations about diversity and cultural appreciation to campus. The organizers of the fashion show, film night and Apollo night each collaborated with several other campus organizations in order to make the event a success. Some of the organizations included The Muslim Student Association (MSA), the Denison Film Society (DFS), Outlook and several campus administrators and professors.

Maddox said, “Collaborating with other cross-cultural community organizations is always meaningful. We learn so much from one another as we explore ways in which our identities connect. We educate ourselves on individuals throughout history that demonstrate the intersectionality of our identities. The result is an event that brings something new to Denison’s campus and our peers.”

In past years, the Culture Jam committee has collaborated with almost all multicultural groups on campus and the National Pan-Hellenic Council (NPHC). Asamoah said that collaborating with so many other campus organizations has made Culture Jam a “stable of our campus culture. It has been something where non-BSU members can get involved.”

Students who attended the events found them all to be successful. Alaysia Brooks ’16 from Oakland, Ca. especially enjoyed the Gospel Fest and fashion show events. She said, “Both events were very well organized, and the organizers did an amazing job.” She continued, “It was nice to see the administration who came to support the two events, as well.”

Zeigler-Washing said that Culture Jam has “gotten more well-known” over the years. She continued, “This was the first event where people weren’t just like ‘oh, it’s just for black people.’” She continued, “everyone felt comfortable getting involved.”