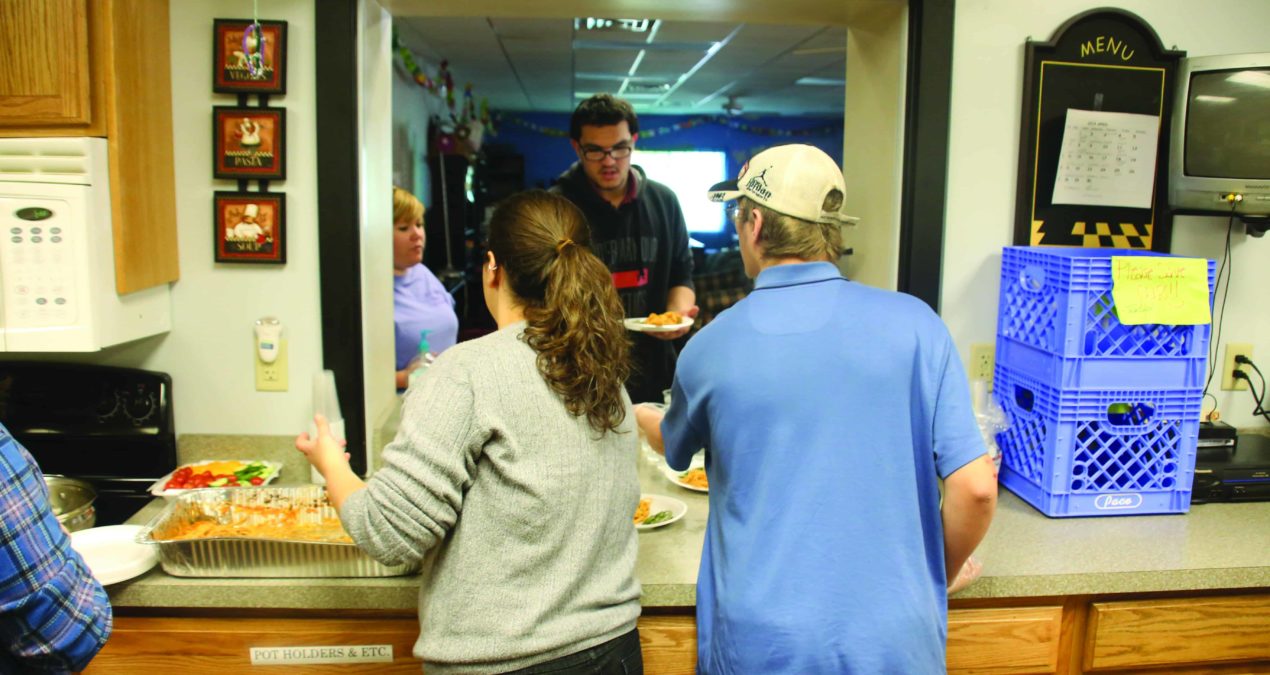 Auerbach, who hails from Madison WI. said, “I was really surprised and honored that Homelessness and Hunger and I won awards.” She continued, “I didn’t even know I was nominated to personally win an award.”

Homelessness and Hunger has been on Denison’s campus since the 1990s. Since then, members of the club have volunteered at several different places, such as St. Vincent Depauw, which has a thrift shop, food pantry and men’s shelter; the YES Club, an after school program for kids and teenagers; and the Salvation Army.

According to Auerbach, the club goes to one of these groups each week to deliver food that they collect from Curtis Dining Hall. “We go a couple times a day to Curtis to pick up all of their leftover food,” she said. “They always have so much leftover food, so we figured this would be a good way to avoid having that food go to waste.”

In addition to outreach programs, the club also tries to raise awareness about poverty by hosting events on campus. Auerbach said, “We usually have a Homelessness and Hunger Week in which we have students make sandwiches in the dining halls that are then donated to several shelters in the surrounding areas.”

Last semester, they managed to make approximately 600 sandwiches, and they donated them to several organizations, including the Salvation Army and New Beginnings, a shelter for battered women and their children.

Additionally, they also host a sleep-out where students sleep on the ground around the flagpole to make people more aware of the struggles of being homeless. Last year, 30 people participated in the annual sleep-out.

“Although 30 people doesn’t sound like a lot, it really does make a huge impression on the student body to see so many people sleeping on the ground. You don’t see that sort of thing in Granville,” Auerbach said.

This year, the club also tried a new tactic to raise money for one of the organizations they volunteer with by collaborating with Den Con and hosting a Super Smash Brothers tournament. Vice President Max Kelly ‘16 from Highland Park, Ill. said, “The winner of the tournament was able to choose which organization would receive the money.”

The Homelessness and Hunger Club ended up raising 200 dollars, and the winner, Daniel Fiorentini ‘15 from Inglewood, Calif., chose to donate the money to the YES Club. He also received a 25 dollar gift card to Chipotle.

Overall, both Kelly and Auerbach feel that Homelessness and Hunger is making a positive impact on both the campus community and the organizations they volunteer with.

“I wish I had gotten involved earlier,” Kelly said. “I’ve met so many interesting and friendly people through Homelessness and Hunger — it’s a new experience every time we volunteer.”