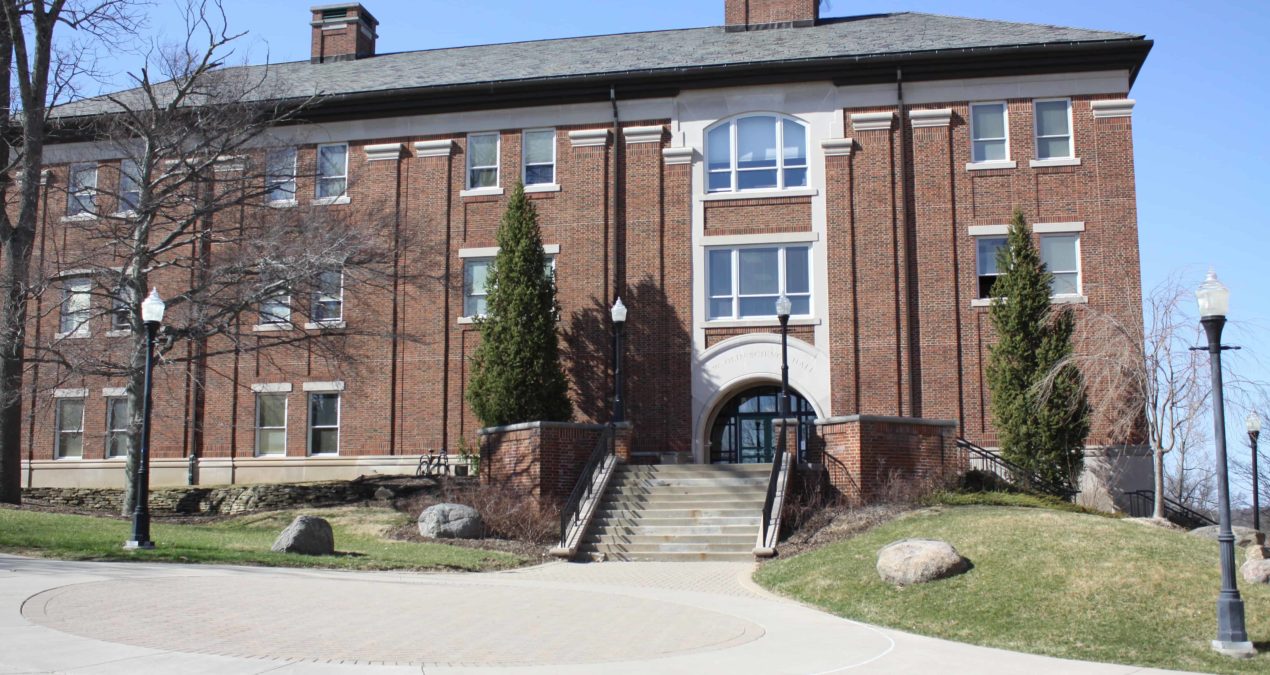 The Denver Convention Center was filled during the week of March 3 with the nation’s foremost physicists presenting the most cutting-edge developments in every area of their field in dozens of speeches at a time — and two Denison students were among them.

Dr. Riina Tehver, a physics professor since 2010, took her students to the American Physical Society’s annual convention in Denver, Co to present research. Paul Young ‘14, a physics and math major from Chengdu, China, gave a ten-minute talk, and Ian Lowe ‘15, a biology and physics double major from Lancaster, Pa., presented a poster in the exhibit hall.

Tehver said that her students’ research “plugs into” her own, as both produce models of the proteins she studies. Tehver studies the proteins that move nutrients across cells, and their mechanisms for it. Young models these proteins in order to determine their velocity, while Lowe looks at the enzyme active sites.

It is atypical, Tehver said, for an undergraduate to speak at a completely professional convention, but Young has been to this show before: last year he presented a poster that Lowe developed further for his presentation this year.

In addition to presenting their research, Lowe and Young attended lectures from other researchers. A rigorous schedule included presentations from 8:30 a.m. until 5 p.m. during the week. Lowe said, “Except lunch, everything was physics, all the time.”

Topics ranged from a new supercomputer called the BEACON to the oscillation of predator and prey populations in ecosystems to the latest developments in atomic physics.

This convention is only a stepping-stone for both Lowe and Young. Young’s next step is graduate school, which he investigated at some schools’ informational booths at the convention. Lowe hopes to go back next year and present again. Conventions like these, Tehver said, are “a zoo. There’s just science everywhere.”