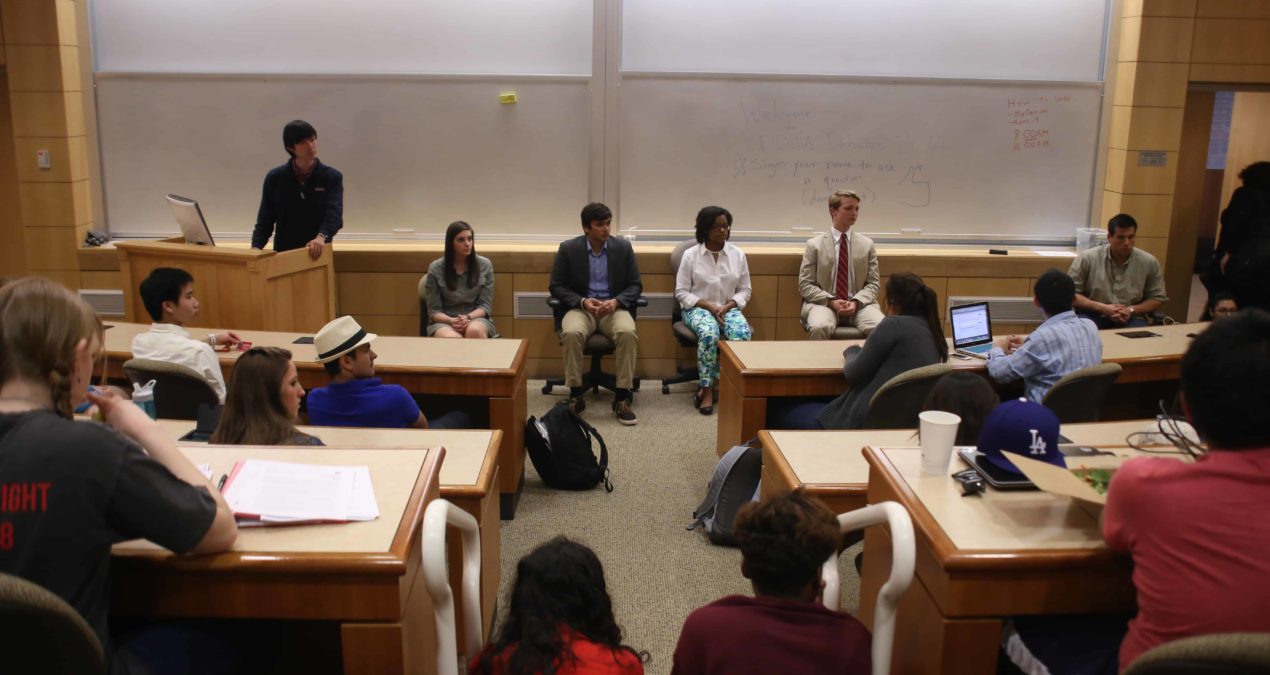 As I write these words on a Thursday night in Prague, I don’t know what the outcome of the DCGA elections will be in faraway Granville. I can’t tell you whether Pushkal Mehrish ‘15 or Meghan Pearce ‘16 will be President, or Steven Hix ‘16 or Haley Jones ‘17 Vice President.

What I can tell you is what this election was really about. It wasn’t about “issues,” it wasn’t about “platforms.” What it really was about was exactly what last year’s elections were about: the intensifying culture wars at Denison between the hegemonic elite and traditionally disempowered minorities.

You need only log on to Facebook to see the stark division I’m talking about. One of Mr. Mehrish’s posters reads simply, “Diversity.” On the “#WeTooAreDenison” Facebook group, which describes itself as “a step toward ending the silence…about [minority] issues” at Denison, a post  by Ms. Pearce announcing her campaign received significant lashback. “This post seems very disingenuous to me,” one member wrote, continuing, “it is easy to smell the BS.” Several others agreed. And although my own Facebook friend group is by no means representative, my News Feed showed clear trends that are impossible to deny: minority students, especially racial minorities, tend to support Mr. Mehrish and Ms. Jones.

Last year, we witnessed the same phenomenon. A Denisonian poll conducted a week before the Wu-Pong-Morales election, for example, found that 52 percent of voters identifying as “persons of color” were “definitely voting” for Ms. Morales, with another 18 percent “leaning Morales,” leaving Mr. Wu-Pong in the dust. Only 17 percent of voters of color were “indifferent” in the Wu-Pong-Morales race, demonstrating clear initiative on the part of the community. Guess who won.

The truth is, both Mr. Hix and Ms. Pearce are white and in Greek life — the most privileged combination of backgrounds at Denison. This simply does not appeal to a large segment of Denison’s increasingly diverse community. Generally speaking, it does not automatically appeal to independents, persons of color, or sexual minorities. Unfortunately for such candidates, disempowered groups are usually the ones most willing to take a stand with their supporters. The privileged are classically also known for their apathy.

And, most importantly, the DCGA elections are the key way minority communities can influence Denison’s transformation into a more open society. The defeat of someone from privilege serves as a cathartic experience for disempowered groups, which is why I’ve witnessed minority communities take far more serious approaches to DCGA campaigns than their counterparts.

As much as we like to tout our ideals of campus unity, DCGA elections continue to show us that Denison remains a highly divided community. The energy and emotion invested into the campaigns demonstrates that the fight is a real fight, not just the pseudo-competition of past elections, where only one person ran or voter turnout was extremely low.

Conflicts tend to polarize. Nationally, we have the Democrats and Republicans. At Denison, there’s the Old Boys and then everyone else who’s fed up with them. One has yet to learn it cannot rely on its popularity and privilege to win over the student body; the other is stronger than ever.