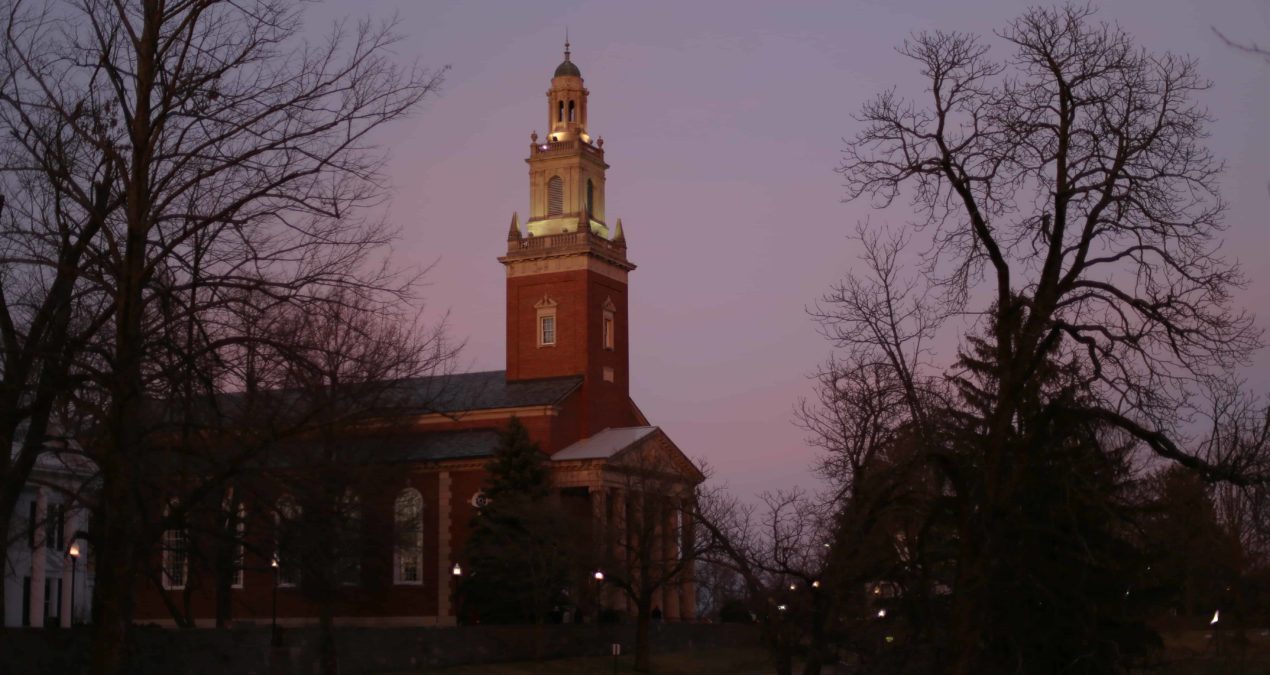 One of the great qualms about going to a college within the Snow Belt is that the most beautiful time of the year inevitably coincides with the end of the school year. After months of enduring Ohio’s infamously erratic weather, it almost seems like a conspiracy when year after year our campus, at its most lush and vibrant, is snatched away from us by the inconvenience of lapsed time.

Perhaps the aesthetic of our campus—planned as it was by Central Park’s designer—is something that is taken for granted.  As one of the editors of this publication was showing his parents around campus this weekend, he was surprised to notice his parents’ sense of awe.

Even though they visit our editor quite regularly, they were still held captive by the sheer look of everything—as if it were copied from the brochure and pasted into actuality.  In turn, this made our editor begin to think.

We Denisonians ought to think more about what this campus means.  In this twenty-first century of ours, there is a tendency to view the world not through the filter of sun and shade or even through a pane of window glass, but rather vicariously, from the vantage point of a computer screen.

Furthermore, the stories and backgrounds of Denisonians are so varied (or becoming more steadily varied at the very least, and thankfully so) and the paths we are offered and ultimately  choose to follow after leaving this hillocked cocoon so divergent, that to claim the tangible quality of campus is the common linking factor is not at all too audacious.

The scion of family wealth and the child of penniless immigrants wouldn’t, on the surface at least, have too much in common. Their prior experiences would be radically different, as might the reasons why Admissions invited them to take the drive past the brick edifice marking where Granville ends and campus begins. Their majors might differ, as might the social group from whom they tease out the necessary sustenance of friendship.

All might differ – except for the fact that when these two are in their old age and in the mood for recounting stories – whether good or bad, both of their minds will take them back to visions of a soaring steeple and the beauty surrounding it. Not only is this what we take to be familiar in the here and now, but it is our common link to generations of past Denisonians

So take the time to wander around campus and examine its particulars. Read the plaques denoting the trees. Take a book outside, recline on the quad and take in the surroundings. Perhaps even poke around the nooks and crannies of campus where you might not normally find yourself.  After all, if the pictures albumized in the mind are worth a thousand words, then don’t they deserve an adequate frame?

Guaranteed A+: A Denison cartoon story

Letter to the editor: Response to “Not everyone is sad about the fraternity purge”

I am Charlie Hebdo: Freedom of Speech is limitless