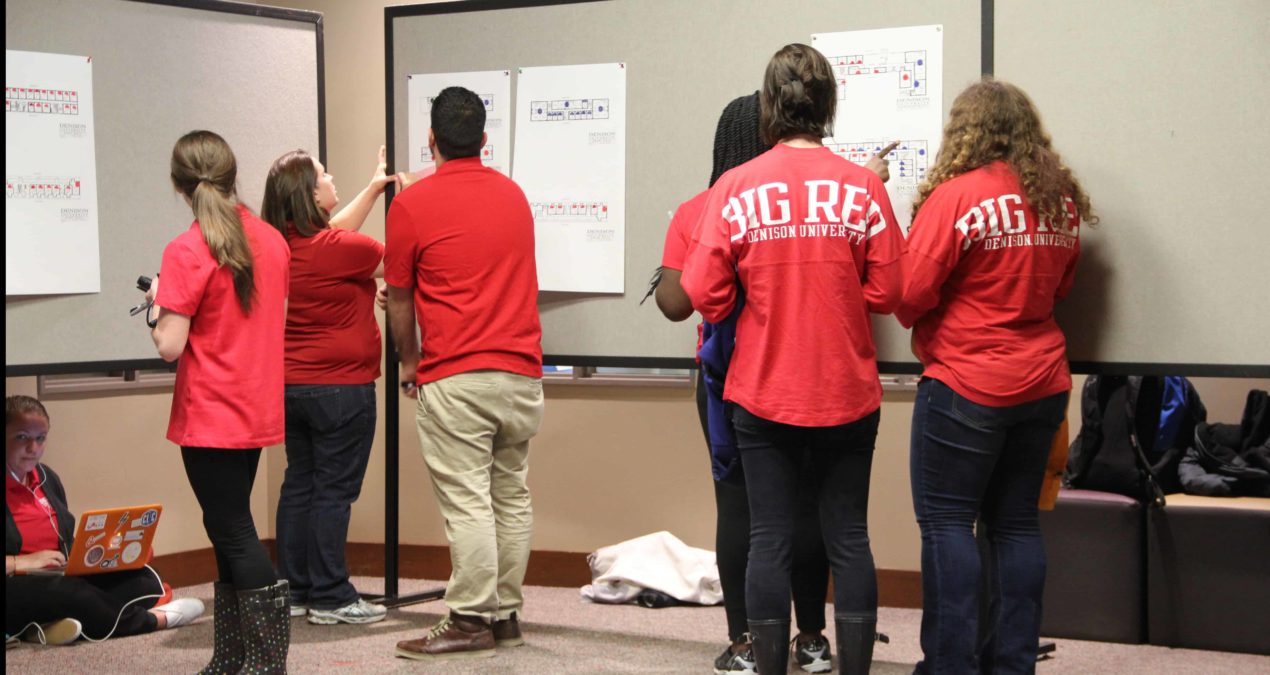 I THINK WE CAN ALL AGREE the Denison Housing Lottery needs to be improved from its current Hunger Games feel to protect students’ sanity. While I cannot say for certain that there are any better procedural options for fixing the maniacal lottery process, I would absolutely support any attempt at changes. We now have a vast access to technology that was nonexistent when the housing lottery was initially developed, and it should be put to good use.

If @DenisonRedEd can constantly be updated with housing information, then so too could a live online lottery process similar to any fantasy sports draft. It could closely resemble the class registration process, except with only one password per group that would allow any member to log-in and select their choice during the given time slot. This would allow other roommates with scheduling conflicts the luxury of not needing to go through the proxy service while letting the ones who are registering do so in the comfort of their own environment.

Surely, there will be some groups that will miss their registration time slot and call the process unfair, but this should not be the lottery’s responsibility. Denison Residential Life needs to be accountable to the students that do put the time into the lottery process by making the endeavor more transparent and accessible.

Frankly, no one should have to wake up early on a Saturday morning, twiddle their thumbs for two hours waiting for their number to be called, and finally go through the simple, two minute selection processes. This also goes for all the tired Residential Assistants who are constantly forced to monitor and oversee a process that could be better run by computers. An RA’s job is to build a better campus community through their unique access to swaths of different students, not be vilified by a process they do not control nor have any input in.

However, it is not just the length and complexity of the process that is the most troublesome aspect of the Housing Lottery. Naïve prospective students visiting Denison probably believe everyone who told them that it would be alright coming to a strictly residential campus, because you would be living in a desirable apartment your senior year. False. For one, as a rising senior, I learned the hard way this is far from true, as I watched friends with low numbers be excluded from this promise made to so many families who are deciding whether or not to shell out the money to send their sons or daughters to Denison.

It is one thing to own the fact that there simply is not enough apartment housing to supply the demand from rising seniors, but it is entirely another to blatantly lie about it to high school students that do not know any better. It all comes down to trust, and everyone who goes through this process and sees others struggle to get housing, or struggles themselves, loses a lot of it. That’s not the kind of attitude you want to perpetuate in rising seniors who are supposed to be the role models on campus.

If the housing lottery process is half as structurally flawed and eschewed by false convictions as I believe it to be, then I think we have some serious issues as a college. Spending millions of dollars to beautify the athletic complex is a great image boost, but unfortunately students cannot live there. They are stuck with an inefficient lottery that creates stress and merely a prayer of one day living in an apartment. I have not even touched on the quality of our housing options, which range in depravity from senior apartments destroyed by parties to the mind-boggling lack of hot water in Shepardson Hall.

But these are for another day, because there are still bigger issues at hand. The flawed housing institution is heavily ingrained into our campus life, and it will take a great deal of pressure from the underclassmen to get anything changed, as it is already too late for the rising seniors shut out of apartments after waiting hours with only hopes and dreams supplied to them by a false prophet from the past.

Nelson Mandela: Are we failing his legacy?