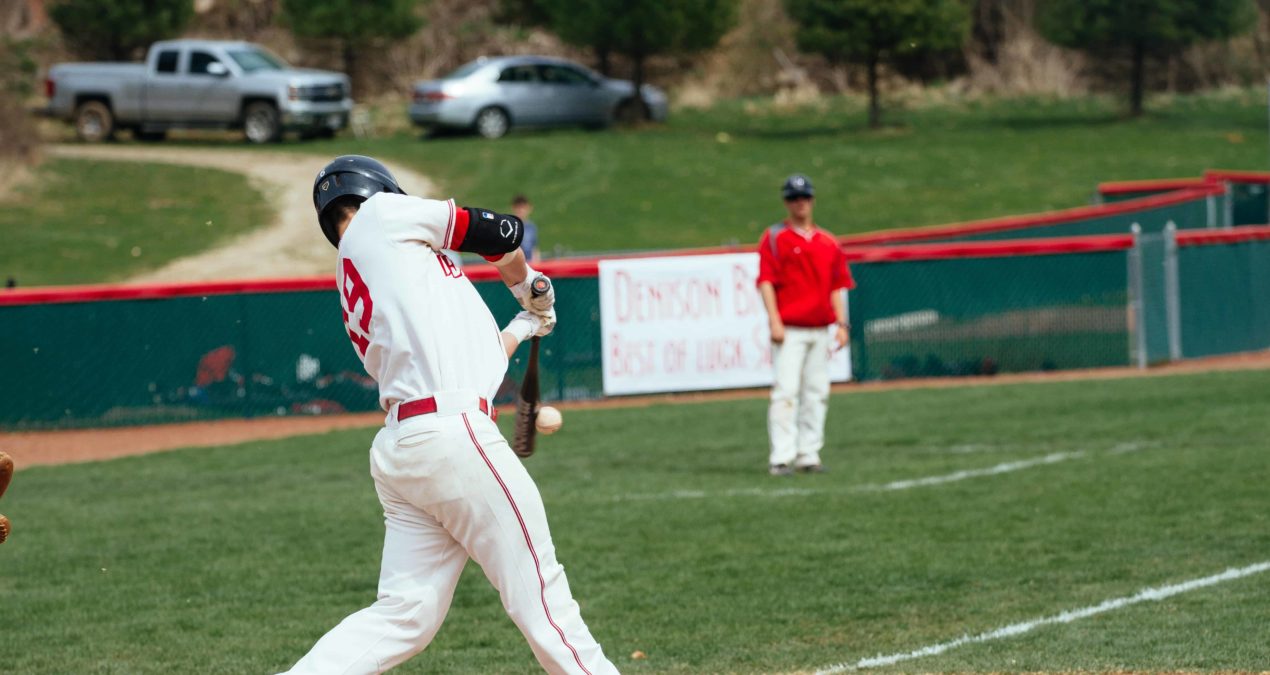 The Big Red was able to wrap up conference play as number one in the competitive NCAC West with a pair of close games that resulted in a split against the DePauw Tigers at Big Red Field.

The win in the first game on April 23 represents DU’s fourth division series victory of the season, thus ending NCAC regular season competition with a 12-4 record and setting the squad up to play the No. 4 team in the East in the NCAC Crossover Series, May 3-4.

As he has throughout the year, Connor Murphy ’14 stepped up on the rubber, tossing a one-run, six hit complete game against the Tiger lineup.

The pitcher gives all the credit to the squad around him.

“Despite losing a few big pieces from our team last year, we played a really good conference schedule and even ended with a better record than last year,” Murphy said.

“Our pitching staff absolutely dominated the conference weekends, and our offense came through in the clutch to deliver us enough games to take the one seed for our side.”

Jorge Montes ’15 also turned in a strong performance, going 4-6 at the plate with a pair of RBIs during the closing double-header.

The speedster was proud of DU’s play, but stressed the need for the team to stay grounded over the coming weeks.

“We feel that we are in a good spot going forward,” Montes said.  “This weekend is going to be big for us. We get to play two tough opponents.”

This weekend’s four matches represent the first of the last spurt of six non-conference games until the Crossover, and though the Big Red have thrived against West Division rivals, they have faltered outside of the NCAC, accruing a 4-10 record.

42 innings remain before the outset of postseason play and now, the Big Red must shift their focus to creating momentum for May 3.

DU picks up the season in Granville against John Carroll on April 27.