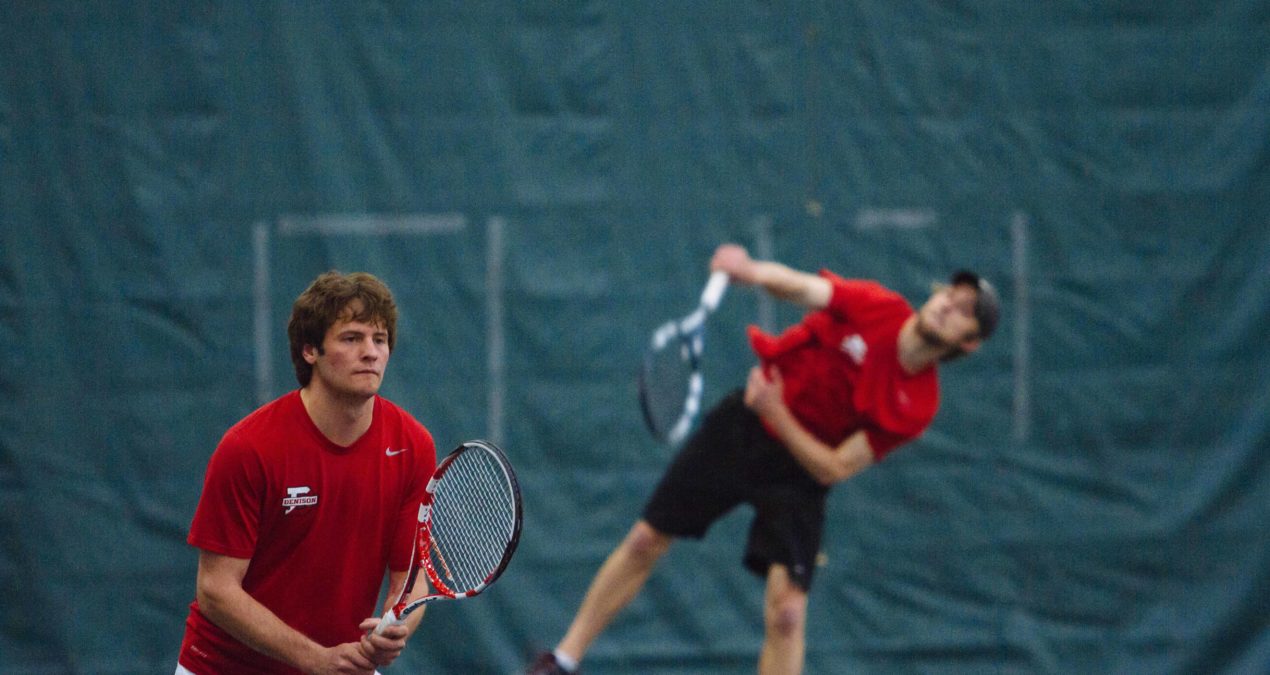 This past Saturday, April 5, the Big Red men’s tennis team advanced to a 9-4 season after their 8-1 win over Oberlin College at the Heisman Field House.

The Big Red men’s domination started with its doubles team. To start, the team of Juan Guerra ‘14 and Grant Veltman ‘15, overpowered Oberlin’s team of Soren Zeliger and Ian Paik with a final score of 8-5. Steve Smykal ‘17 sends the ball flying cross the court at Mitchell Fieldhouse during a match on March 25 against Ohio Wesleyan.

In the second flight of doubles, the team of Andrew Marczak ‘14 and Casey Cempre ‘15 defeated Oberlin’s team of Abraham Davis and Callan Louis 8-4. In Denison’s final doubles match, the team of Jackson O’Gorman-Bean ‘16 and Jeffrey LoDuca ‘15 also beat Oberlin 8-6, resulting in the Big Red men winning all of the doubles matches.

After doubles, the Big Red men took  to the court one at a time for singles. O’Gorman-Bean gave Denison its fourth point for the day with a 6-2, 6-1 win over Oberlin’s Charlie Marks. After O’Gorman-Bean’s point, Oberlin attempted for a comeback winning one point over Marczak in three sets, 6-3, 3-6, and 6-3.

Denison will hit the courts again at 4:30 p.m. on April 8 as they take on rival Kenyon College at home.